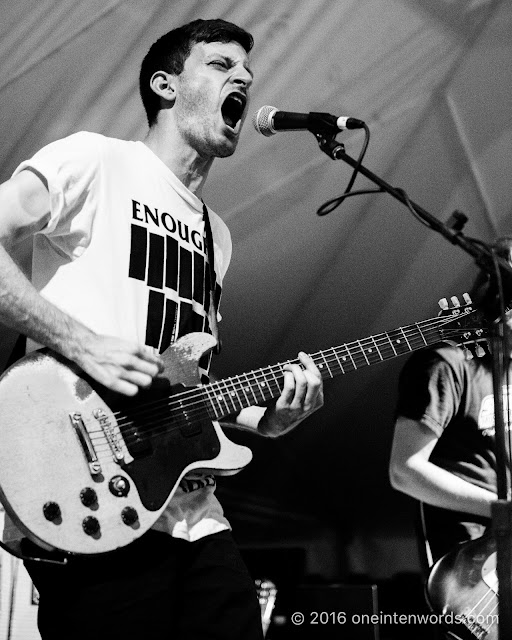 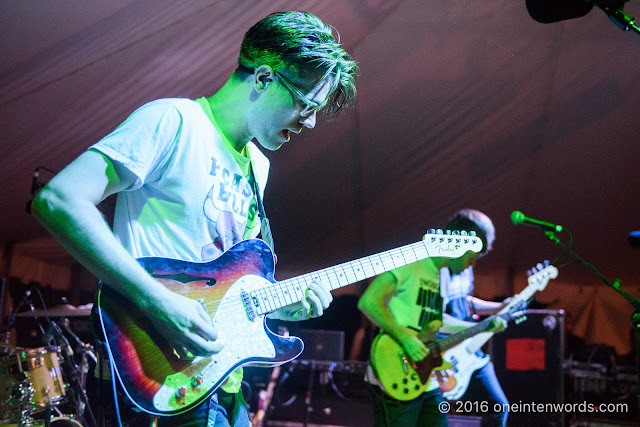 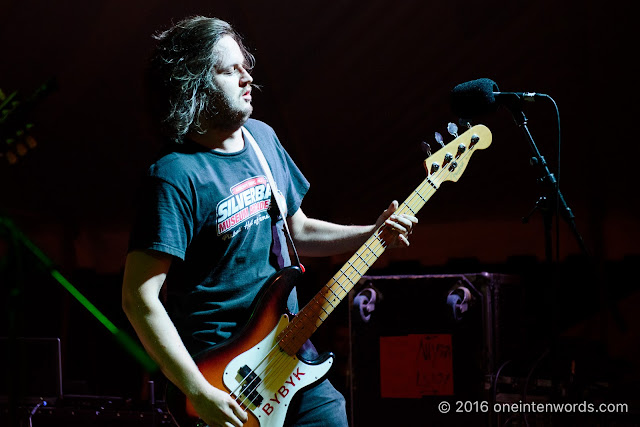 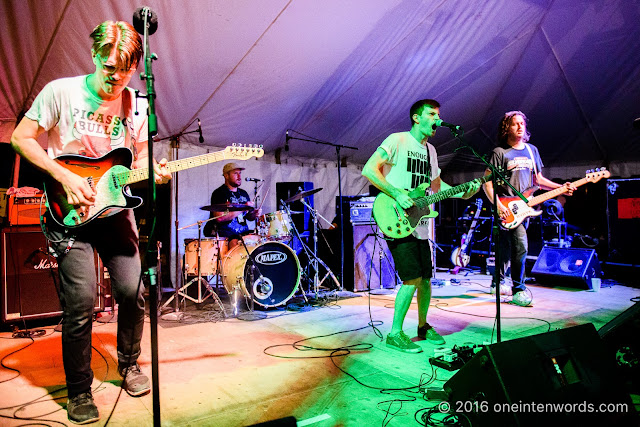 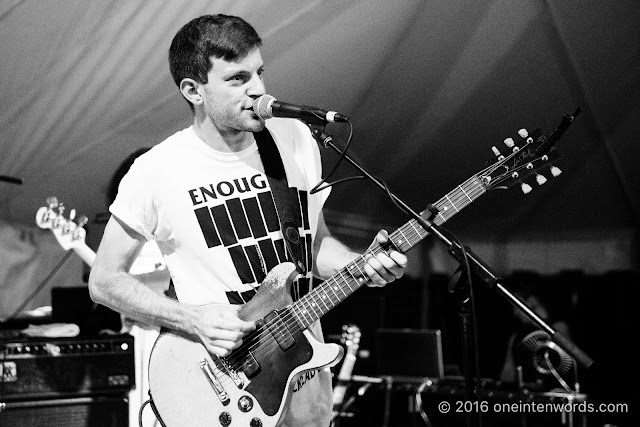 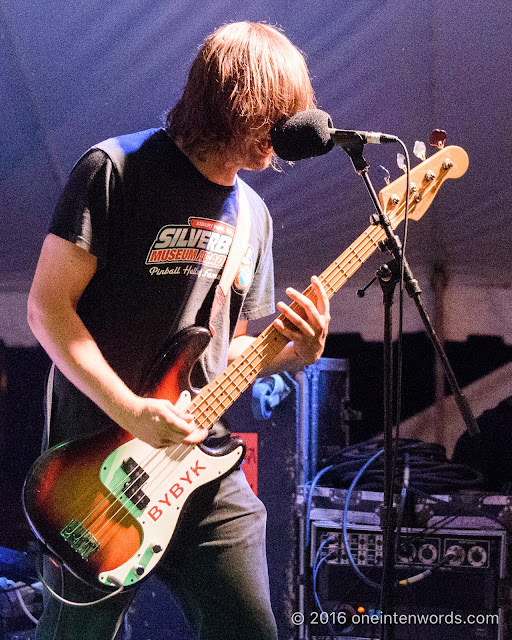 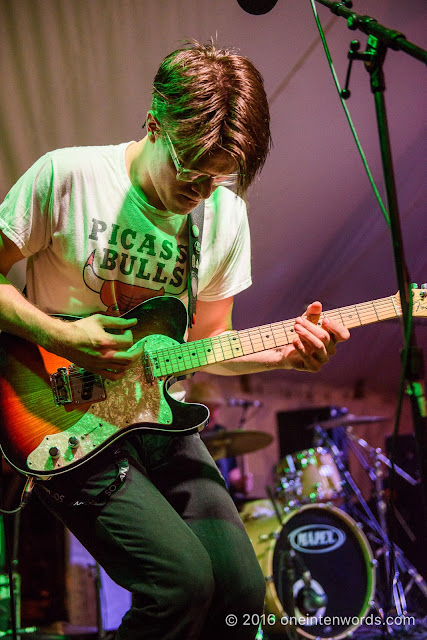 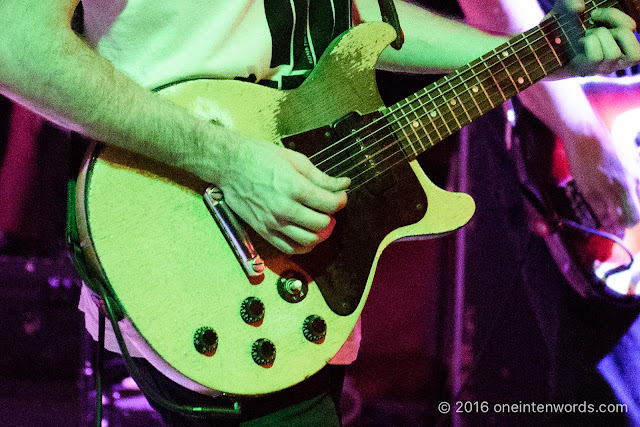 I've tried to see Pup a handful of times and the only time I've been successful so far is last Friday's Hillside Festival appearance on Guelph Lake Island. The Toronto punk band headlined the Island Stage for the first night of the festival.

I was a big hardcore fan back in my teenage years. This fandom faded as adult feelings replaced teen angst and, frankly, as the fun fell out of a lot of hardcore music. Pup definitely puts that fun back into hardcore. They're one of the current generation of punk bands that put out attitude I can get behind.

I thought that things might get a little fun in the crowd and apparently so did the organizers as they brought out barricades to surround the stage. Unfortunately, they weren't proper concert barricades, so a team of huge security guards had to literally hold the barriers and the crowd back. At one point, one of the security guards requested some classical music to get a moment's respite. 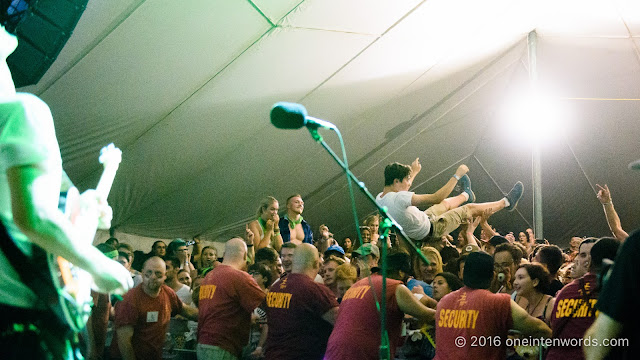 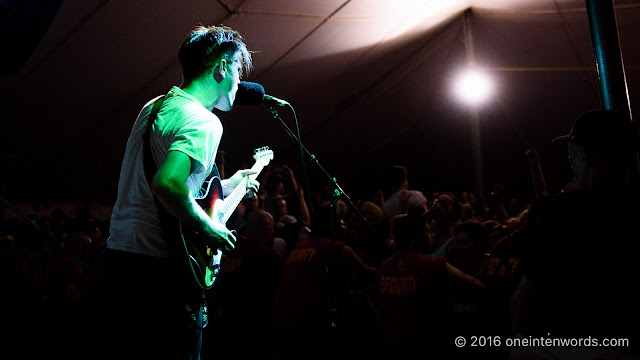 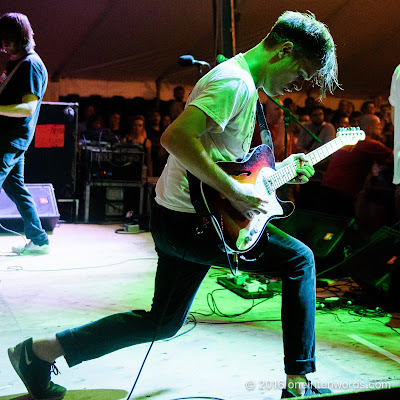 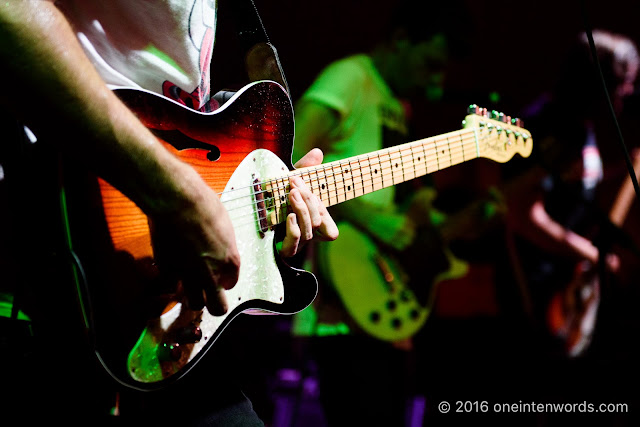 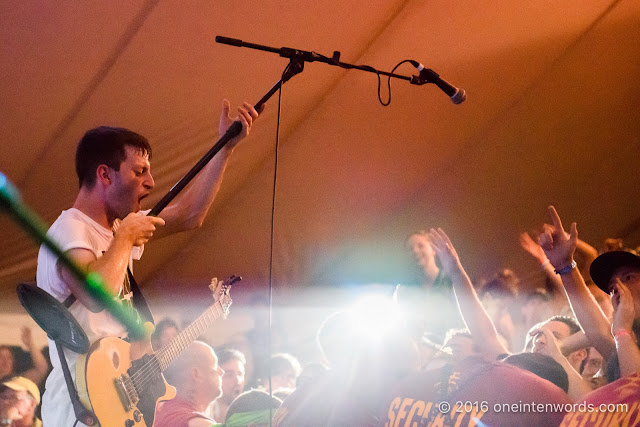 Fortunately, or unfortunately, depending on your perspective, there was no respite. The band's music is energetic and fun and heavy and relentless and powerful and inspiring. Their set covered much of their 2013 self-titled debut and their new album The Dream Is Over.

Singer Stefan Babcock remarked on the unique make-up of the Hillside Festival crowd by stating that the punks get to be hippies and the hippies get to be punks and that he's never seen so many Misfits t-shirts worn with Birkenstocks. That kinda sums it up, doesn't it?

After a sweaty and powerful set that closed with "Reservoir", they returned to the stage and proclaimed, "Encores are bullshit" as they launched into Weezer's Pinkerton classic "El Scorcho" because they ran out of their own songs that they could play competently. It was a fantastic show and a great live intro to a band I've been waiting to see for quite a while. 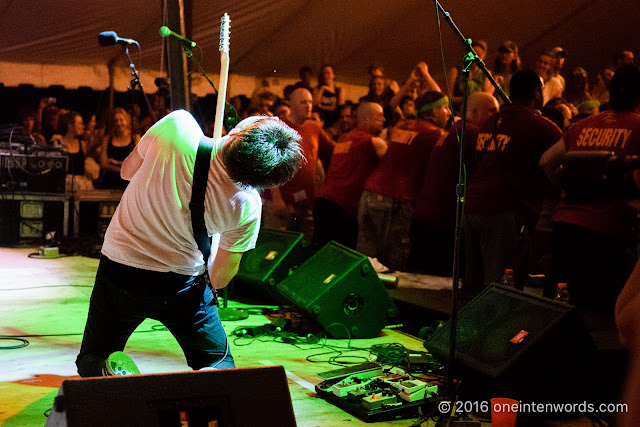 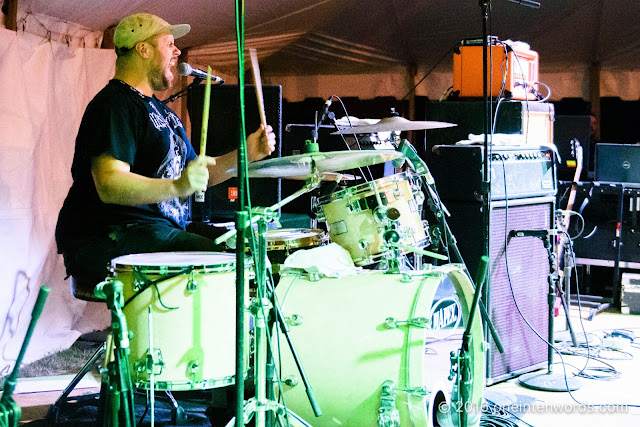 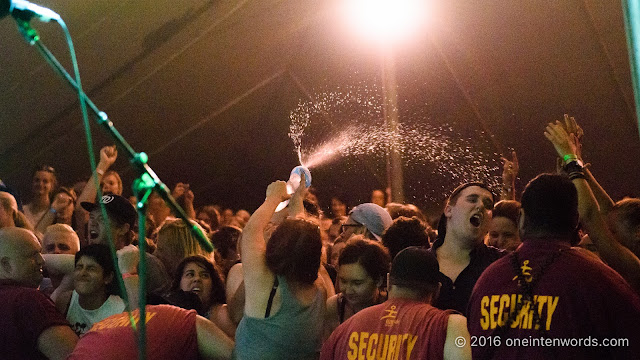 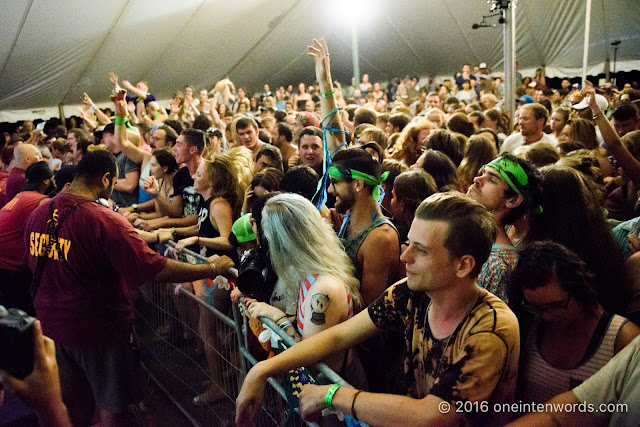 Listen to some awesome Pup tunes, following their set list.

Show opener "If This Tour Doesn't Kill You, I Will"

"Back Against the Wall"