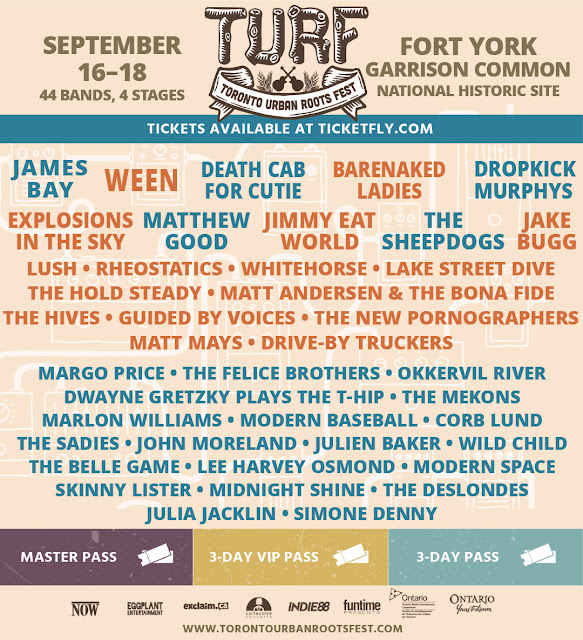 I've said it before and I'll say it again, TURF is the festival that I've grown to look forward to above all others every summer. One of the big aspects that separates TURF from other festivals is the inclusion of the Club Bonus Series. It's a chance to catch many of the festival acts on club stages and catch longer performances from some of the best bands at the fest.

The TURF team has just announced this year's Club Bonus Series line-up. Tickets for the individual shows go on sale tomorrow (July 15) at noon or you can purchase a TURF Master Pass that will get you into everything - the festival and the club shows. Those tickets are available here.

Here is some music from some of the acts that I'm most looking forward to seeing at the TURF Club Bonus Series this year:

Skinny Lister. This band is incredible live. I caught their most recent show at The Horseshoe and it was amazing. Check out my pictures here.