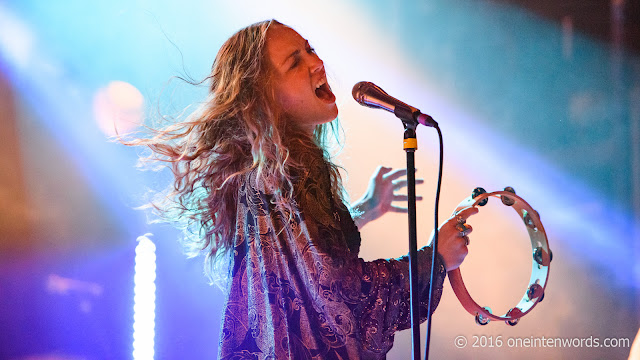 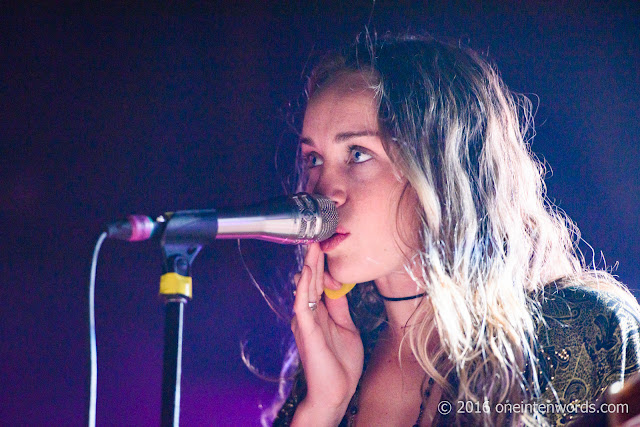 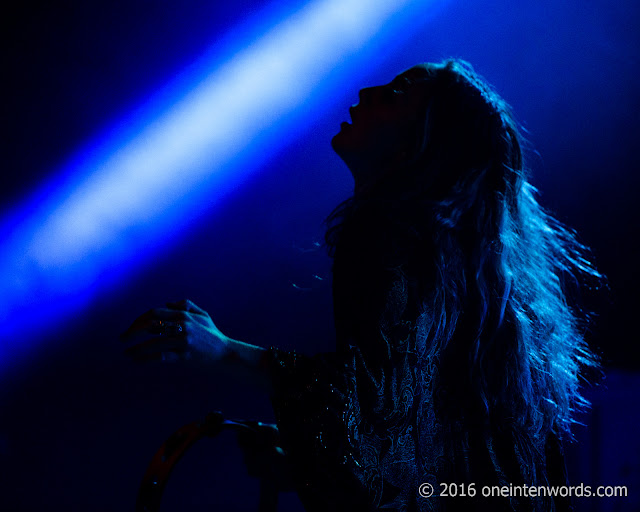 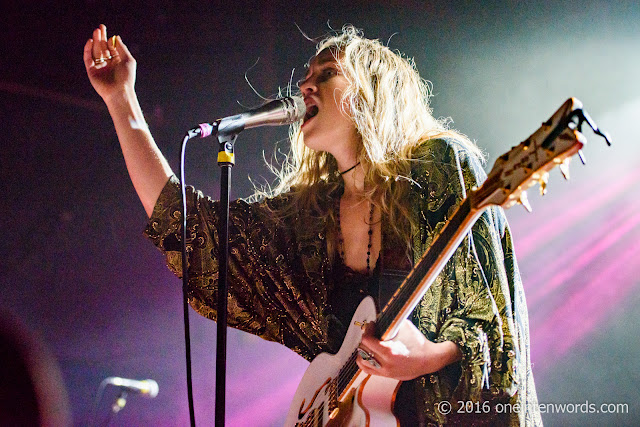 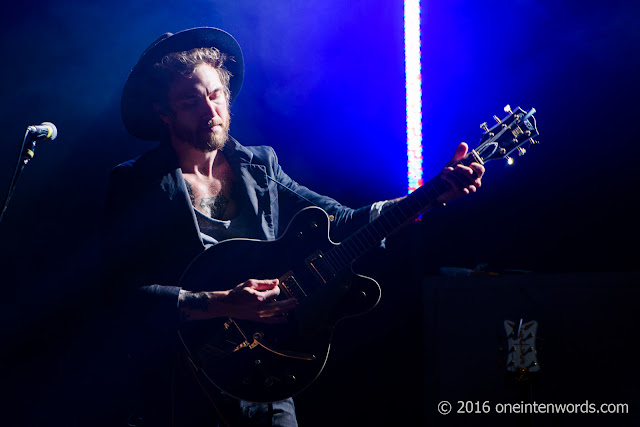 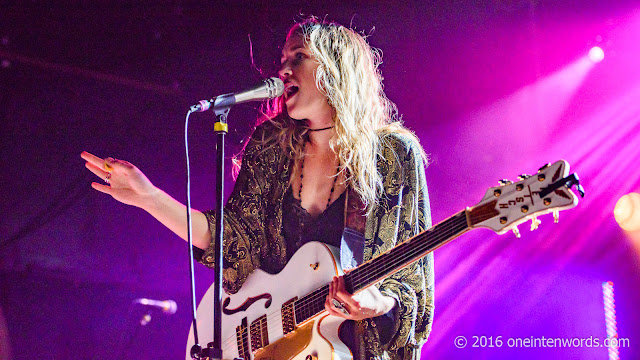 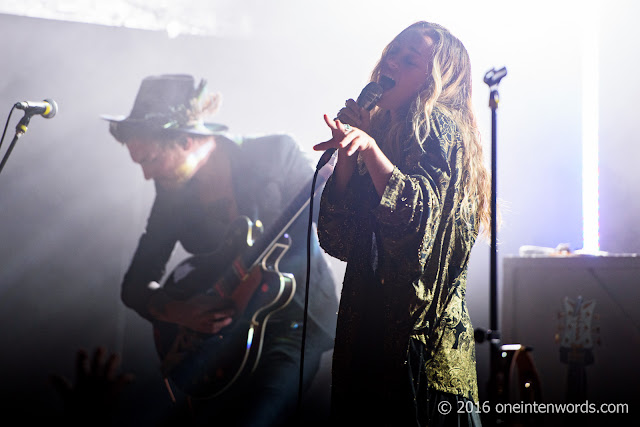 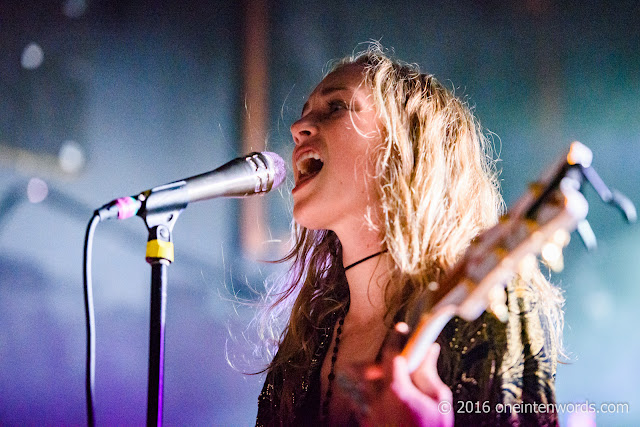 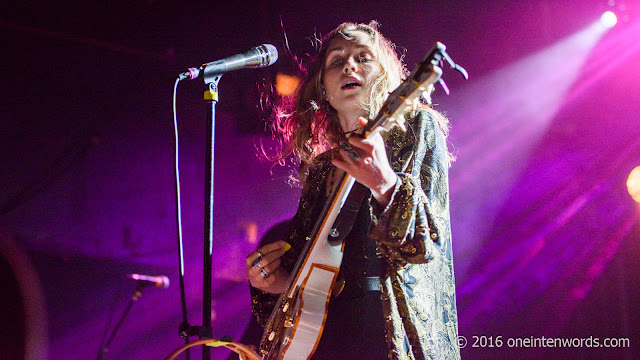 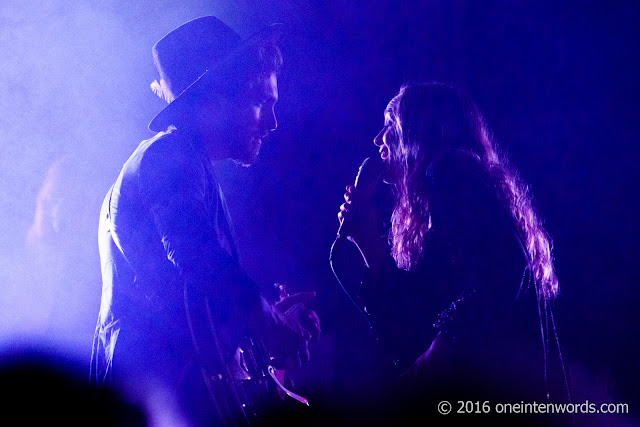 Last night Zella Day and her band rolled into Toronto's Mod Club Theatre for a stop on her current tour. The show had a polished and professional feel from start to finish. It was also remarkable in the way Zella works to connect with her audience. She spent a lot of time during this show getting up close and personal with the fans in the front rows, crouching down to serenade them. Her between song banter also included personal remarks about the audience, which she observes as she herself is being observed.

I'm sure that this show benefited from The Mod Club's amped-up lighting versus the lighting at the last Toronto venue she performed in, Lee's Palace. The band tended to lurk in the shadows, sounding great but not catching much visual attention. I'm not sure if this was on purpose or a result of the backlighting which plagues The Mod Club's otherwise brilliant lighting. Zella didn't seem to mind as she commented that this was the best light show of the tour.

As for the music, Day and the band sounded fantastically polished. The set included a new song called "Man on the Moon", and most of the tunes from Kicker including "Ace of Hearts", "Jameson", a great cover of "Rhiannon" which saw the guitarist come out of the shadows for a ripping solo in the Fleetwood Mac tune, "Shadow Preachers", "Hypnotic" and the closing tune of the main set, "East of Eden". The encore included a mellow, singalong worthy version of The White Stripes' "Seven Nation Army", a rendition of "Compass" that had Day singing from the middle of the crowd, and they closed with "Mustang Kids".

Day and the band put on a great show. They sound great, Zella has great presence and she really works hard to reach out and make sure that each member of the audience feels touched by her performance. 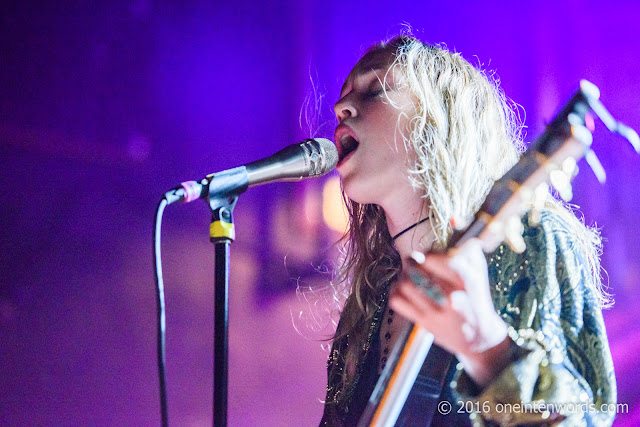 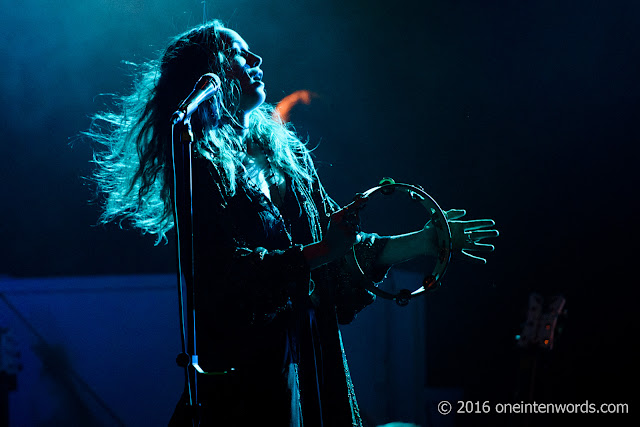 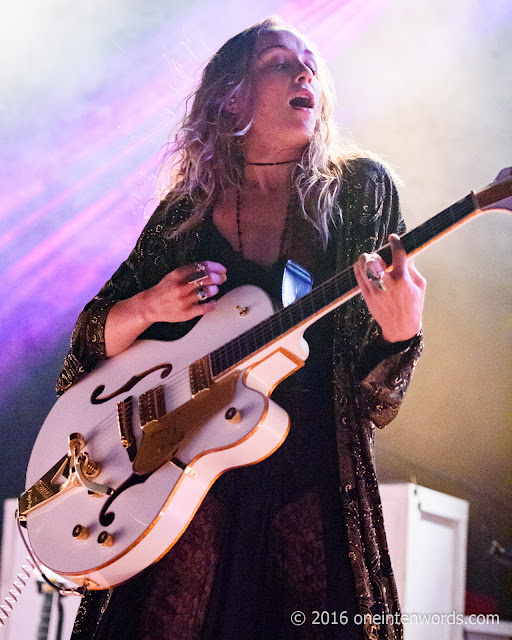 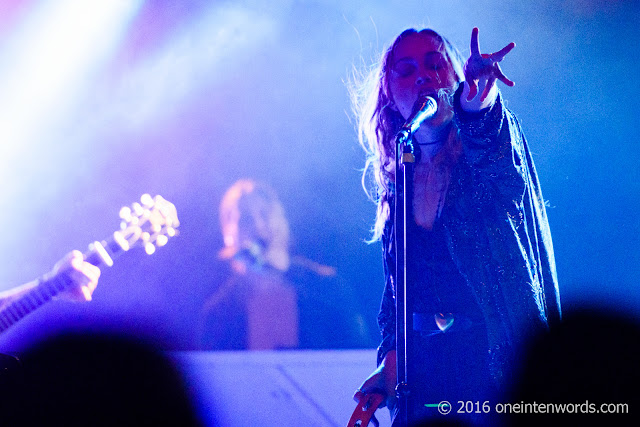 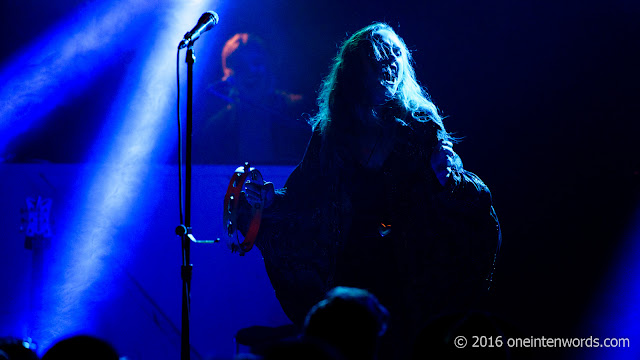 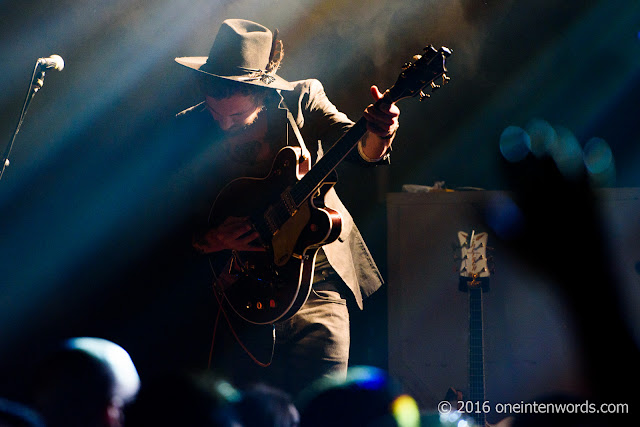 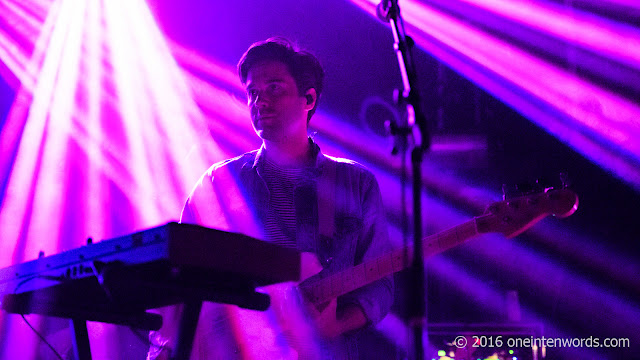 Enjoy some of Zella Day's music: