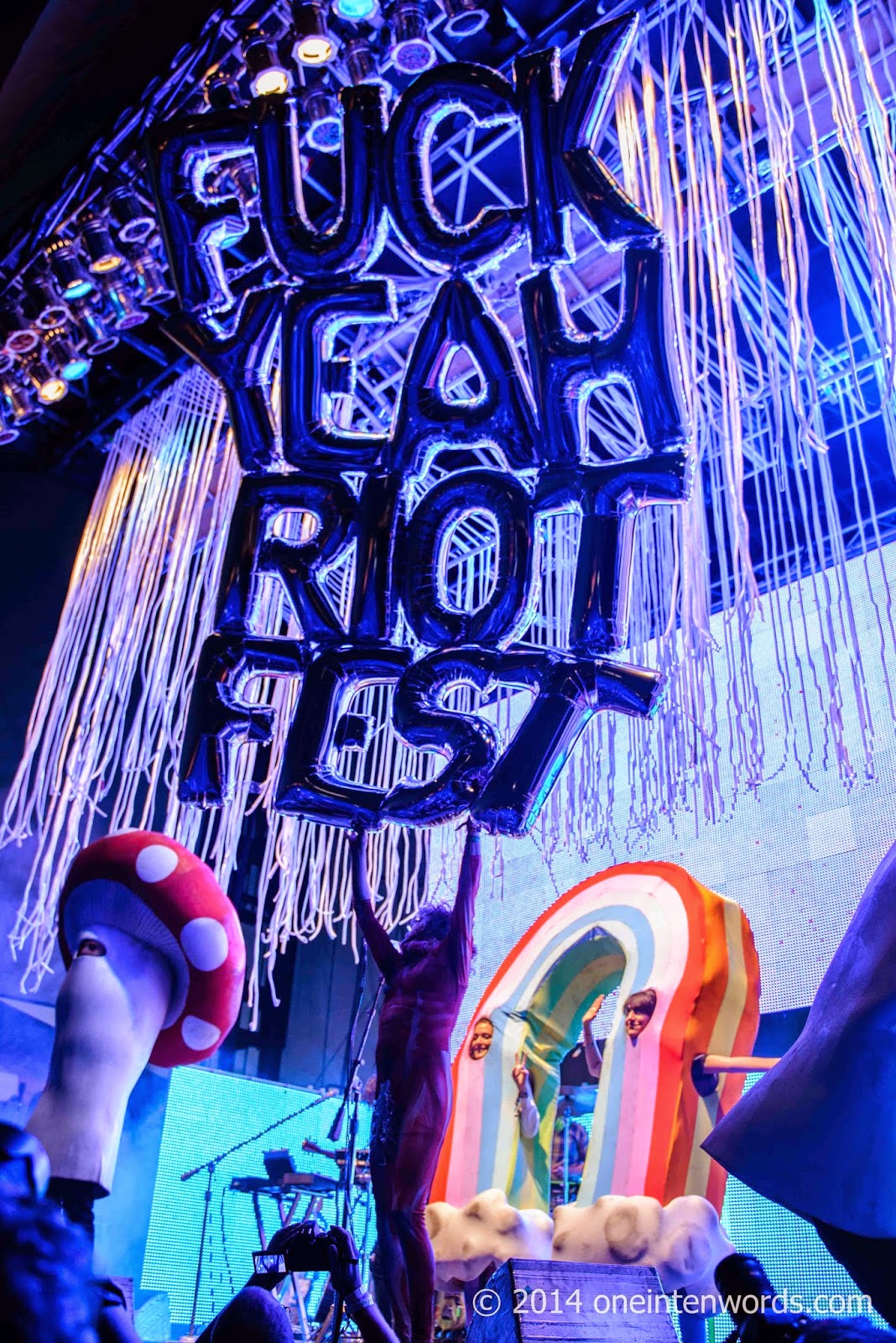 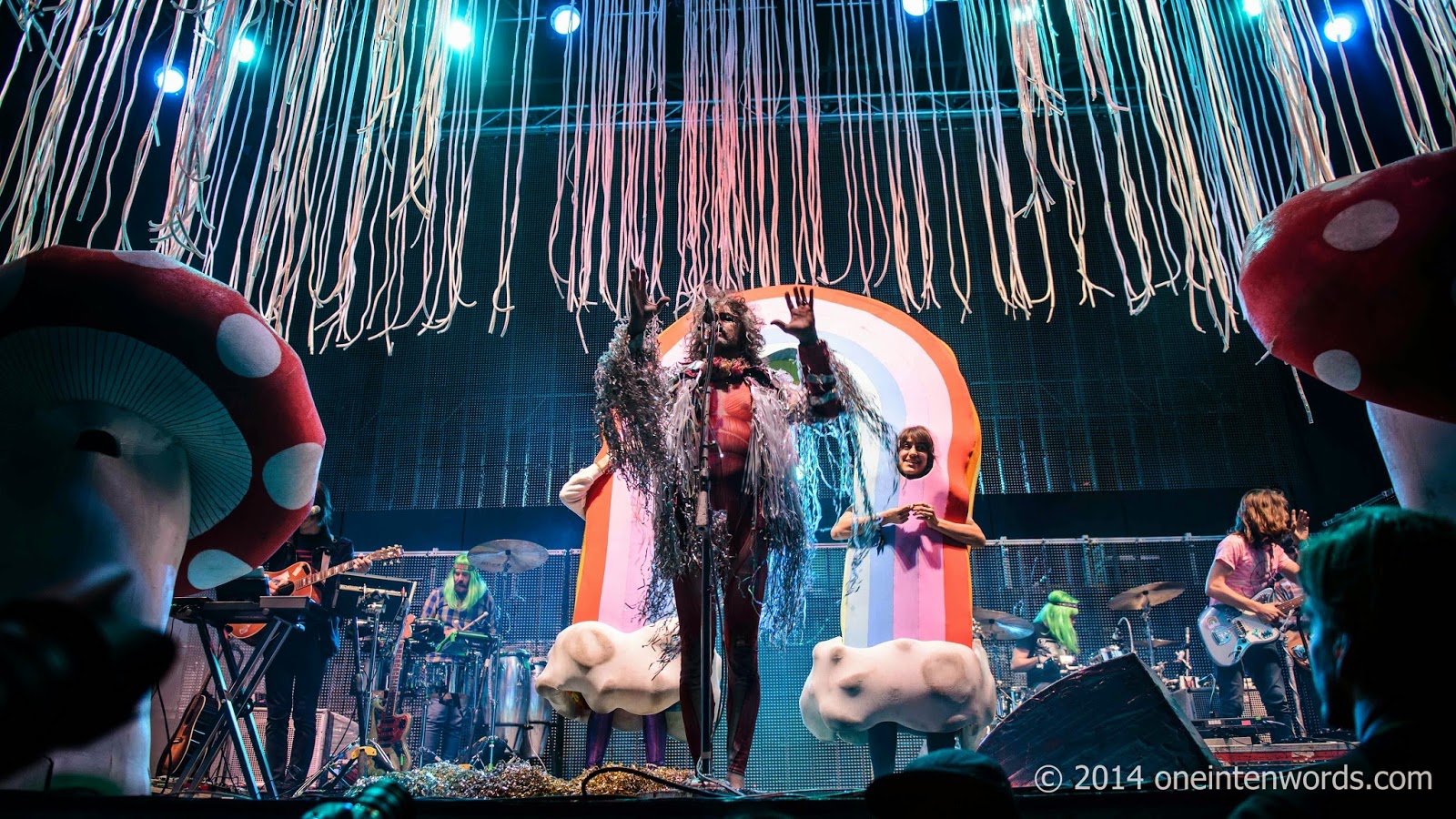 However, as I learned on Day 1 of Toronto's Riot Fest, when I got to see Flaming Lips for the very first time, that I didn't know the half of it. They've got giant mushrooms and a giant rainbow, giant worm/butterfly things and, I think, aliens. Not to mention the "Fuck Yeah Riot Fest" balloons, confetti canons and Wayne Coyne in a giant hamster ball, walking across the crowd. Quite a trip. 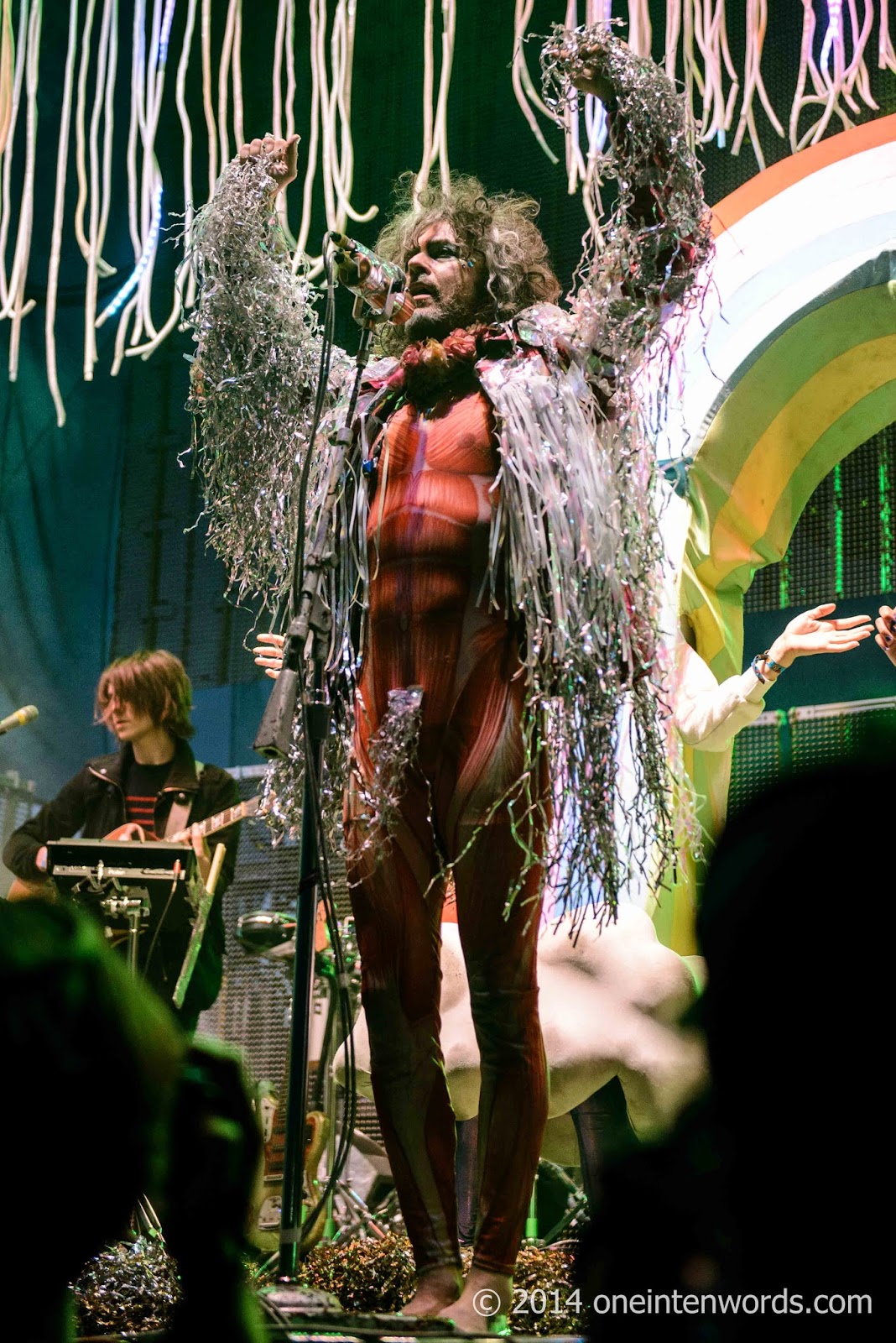 And the music was all that as well. Some familiar, some not, but all incredible. I understand why you'd want to quit your job, leave your family behind and follow The Flaming Lips around a la Deadheads and see them perform every day. 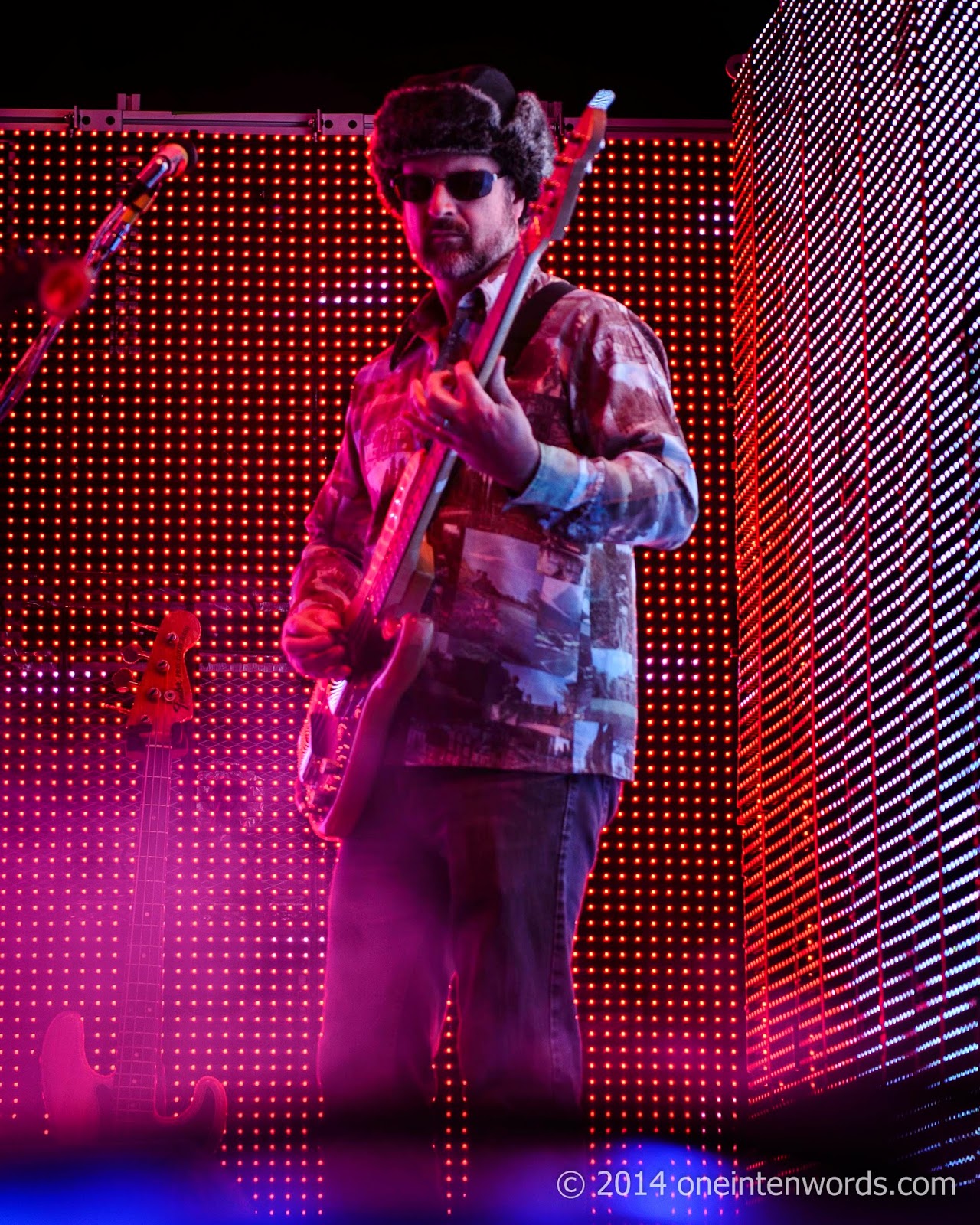 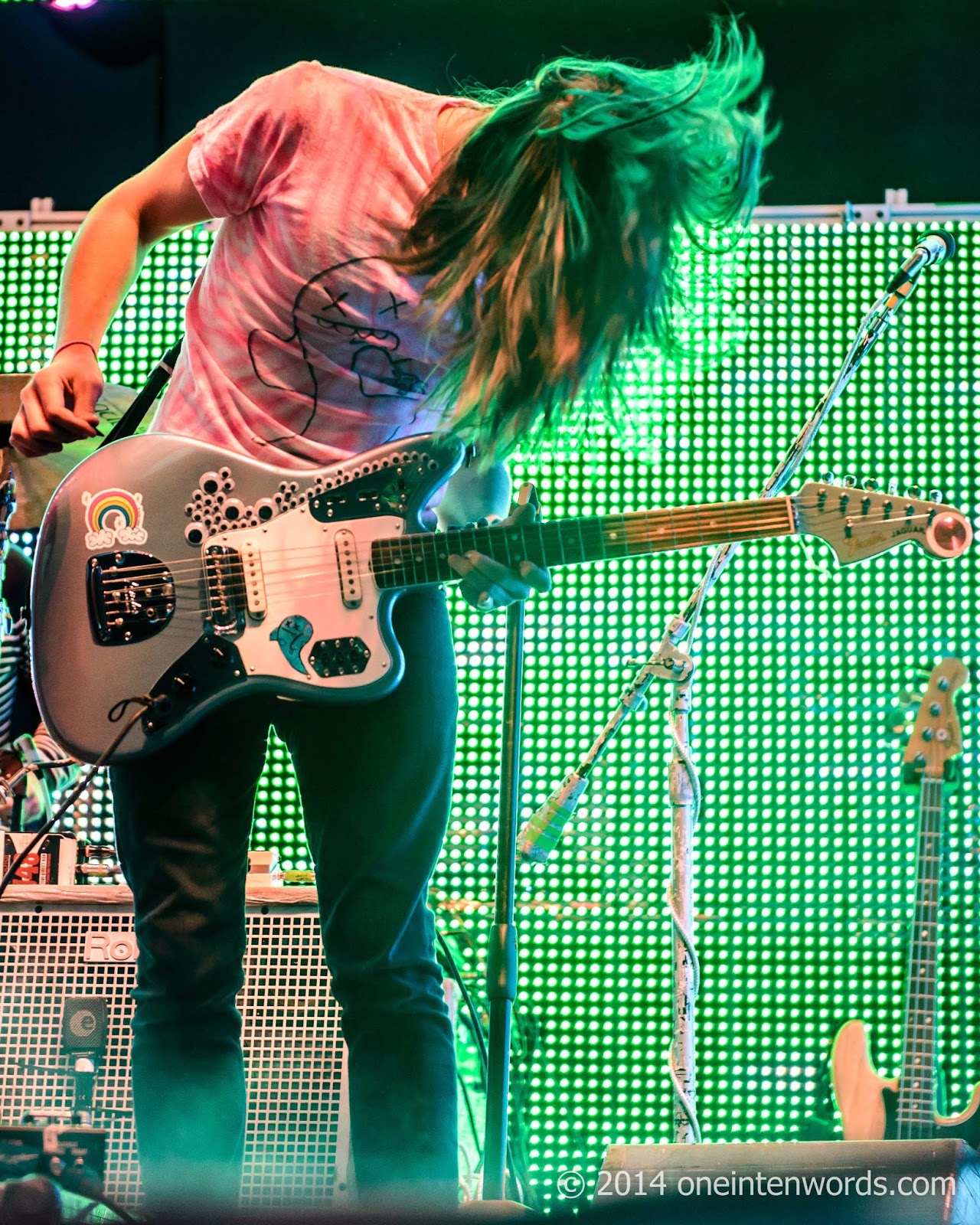 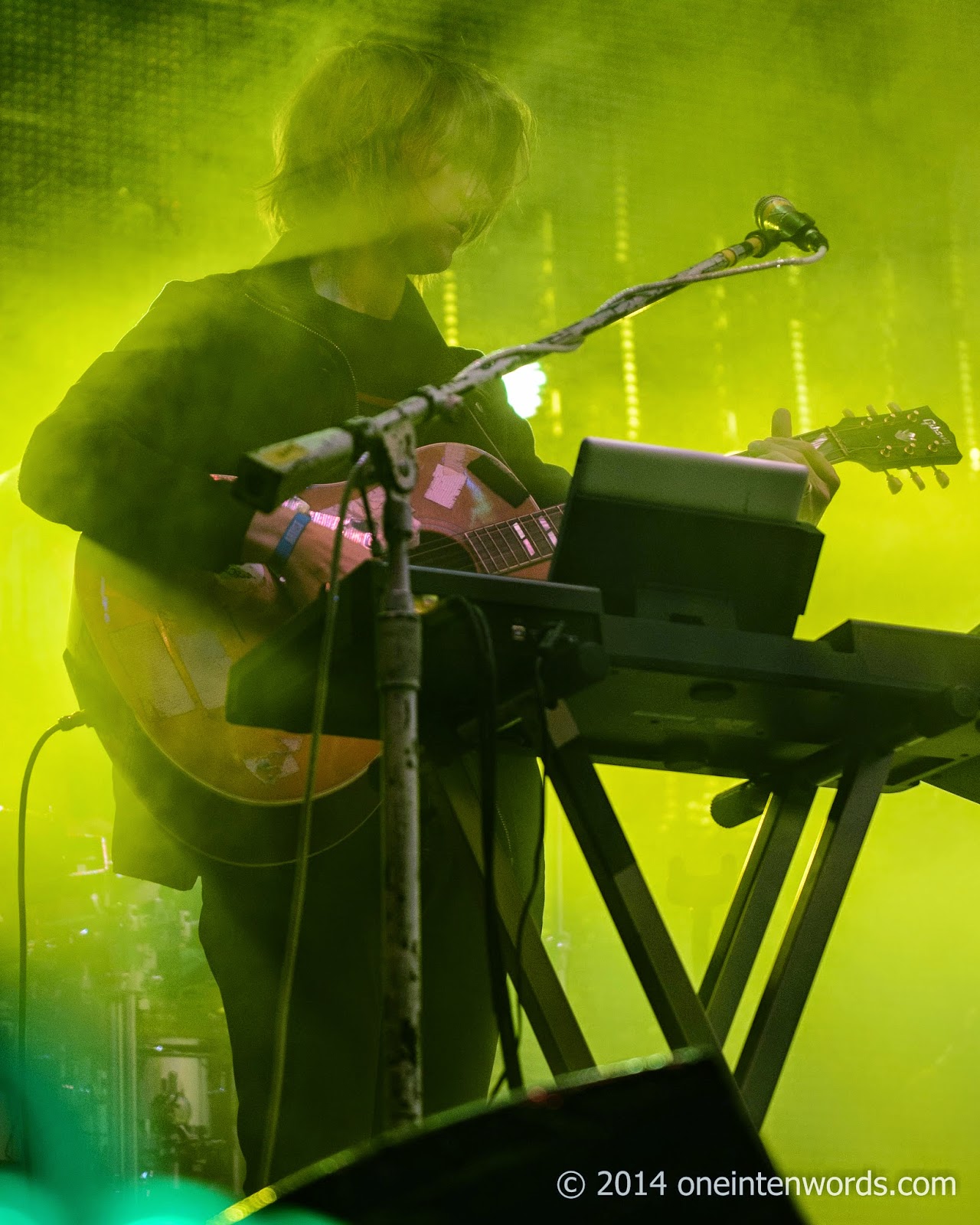 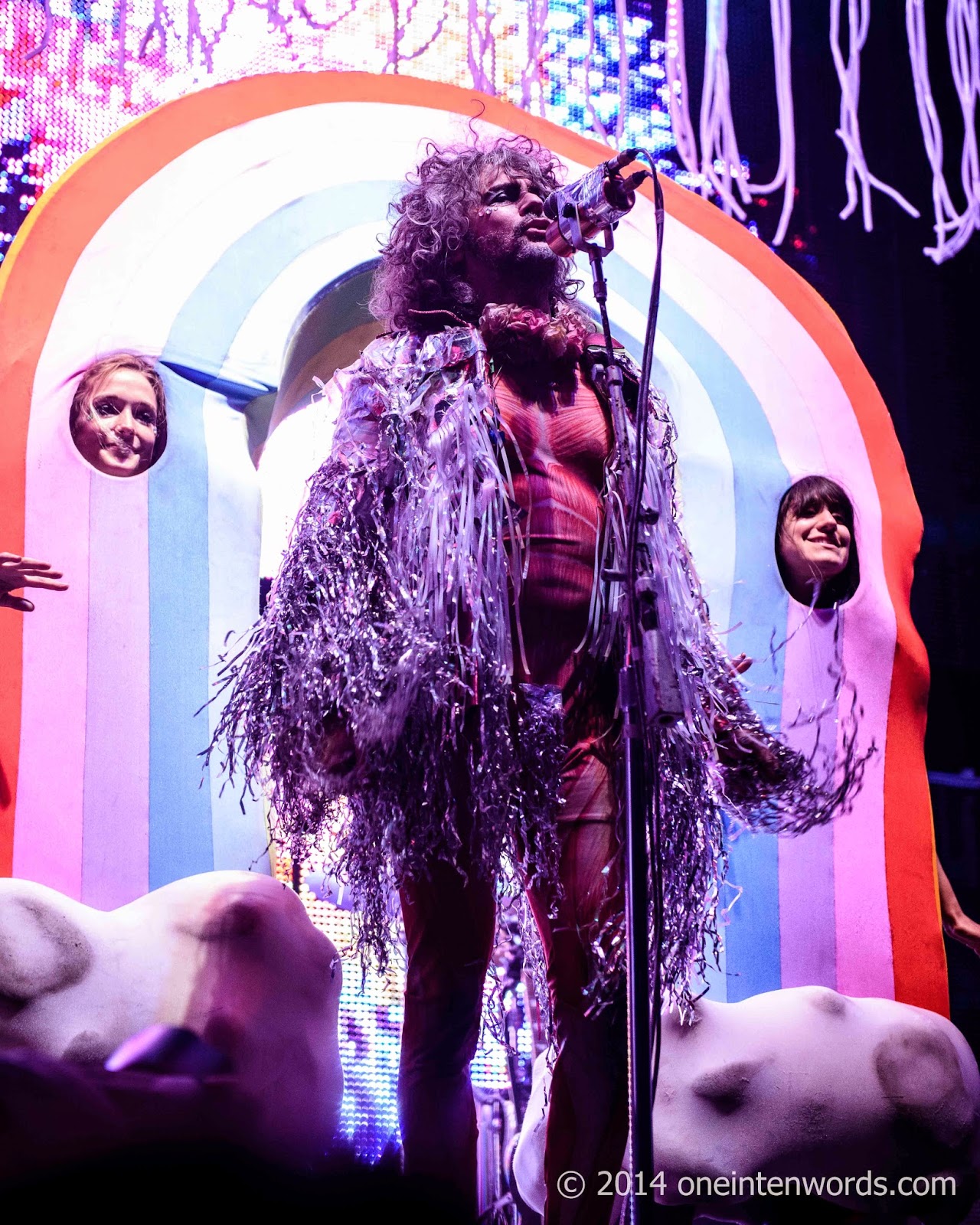 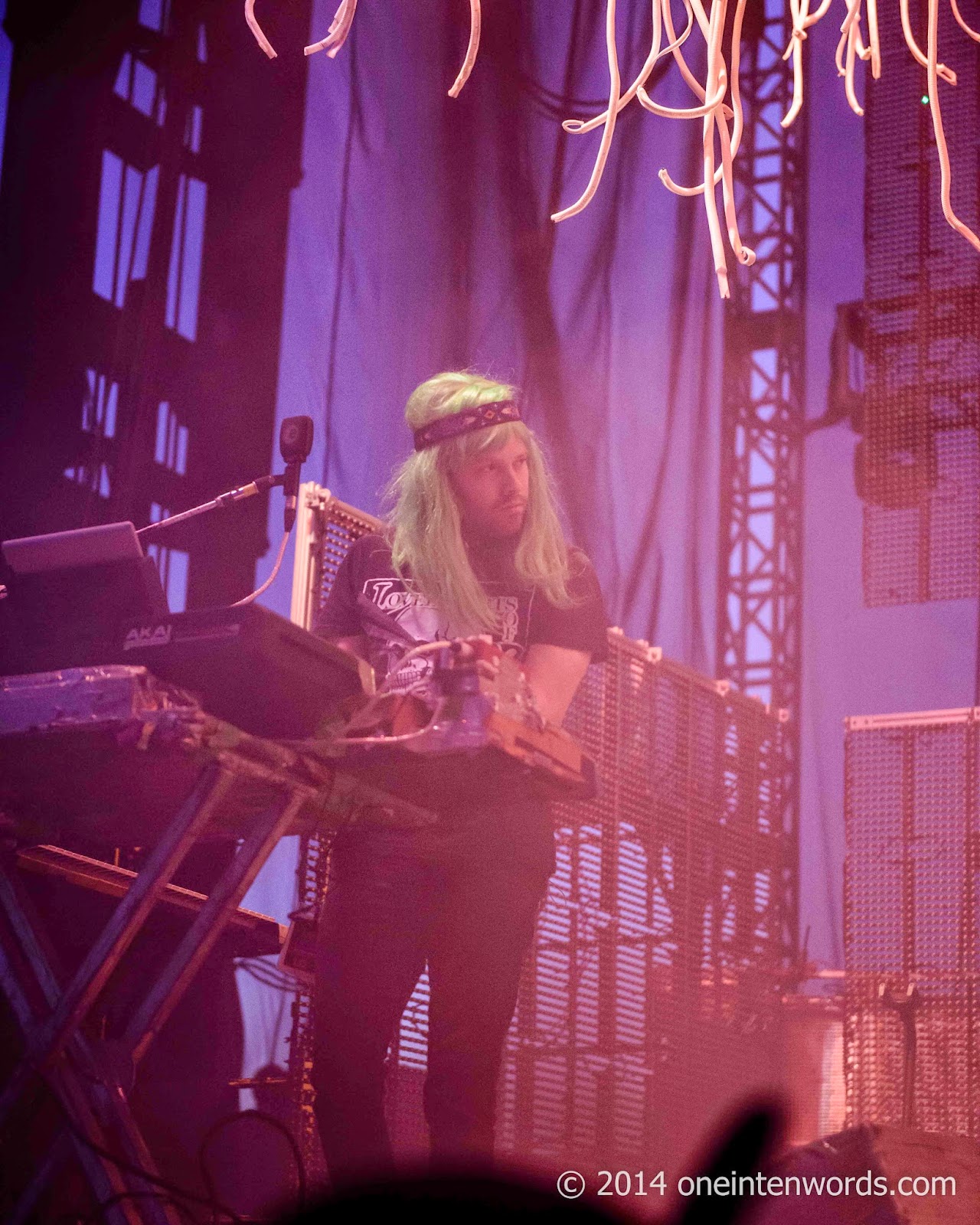 Here are a few tracks from their setlist.


"Race for the Prize"


Their cover of The Beatles' "Lucy In The Sky With Diamonds" 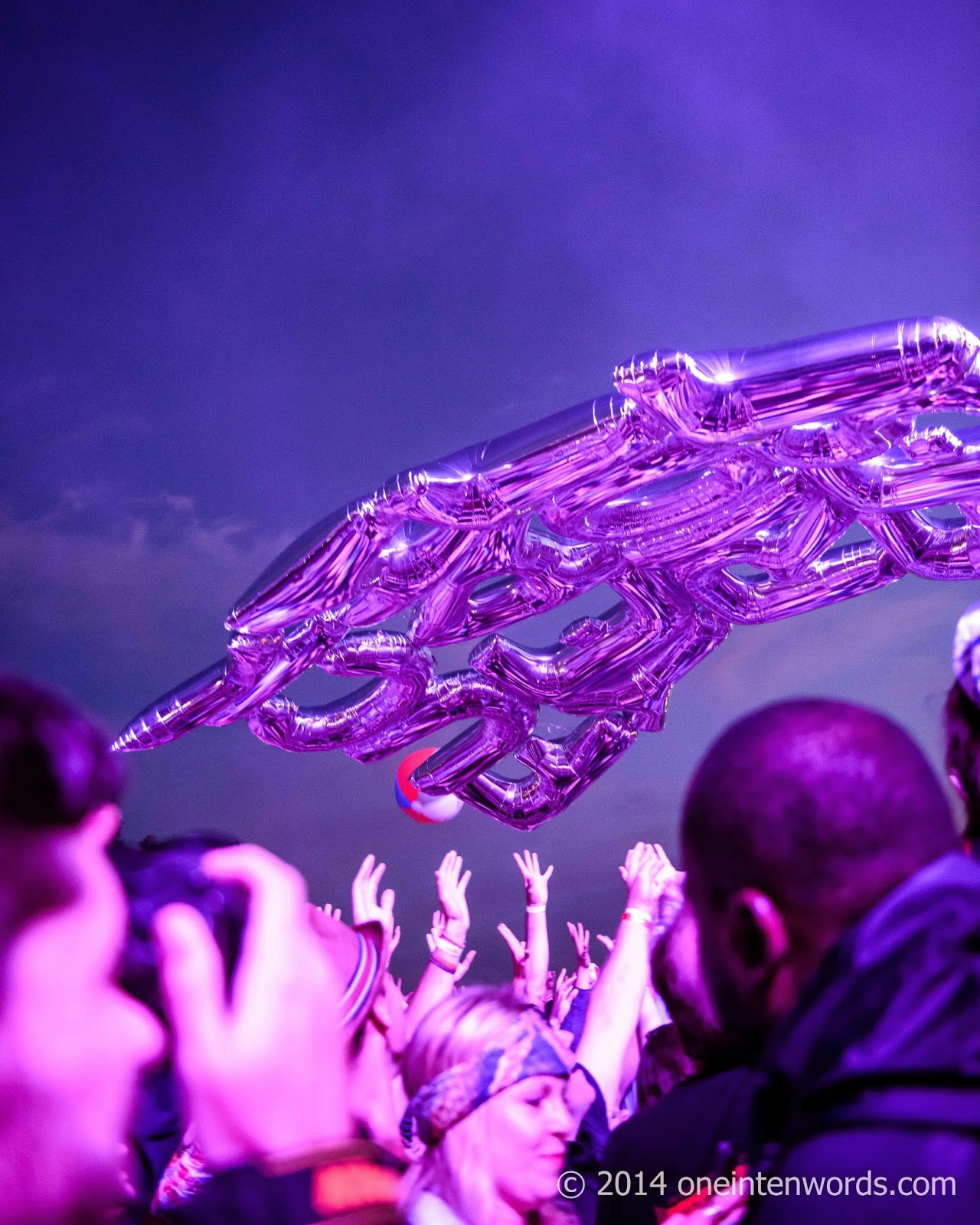 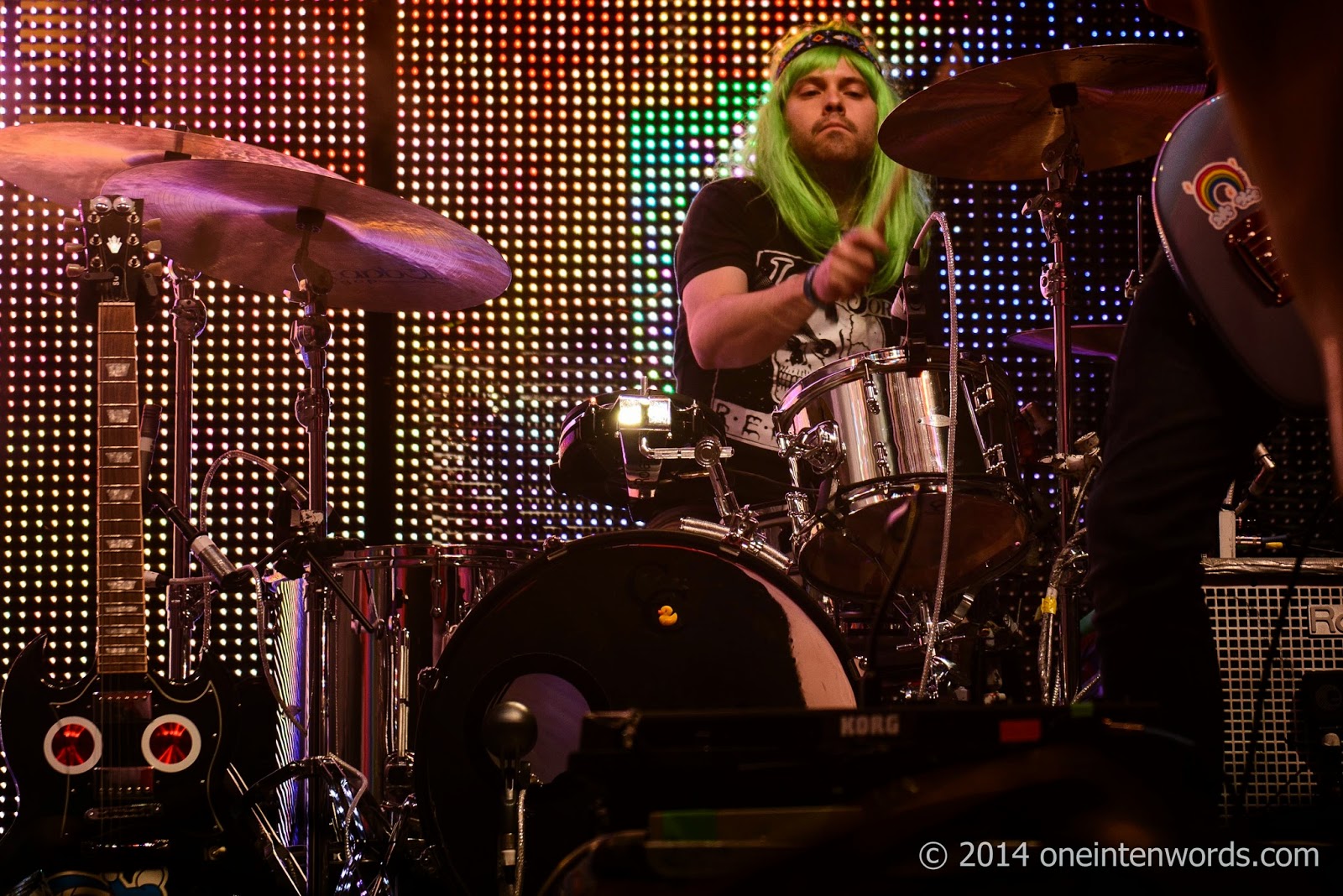 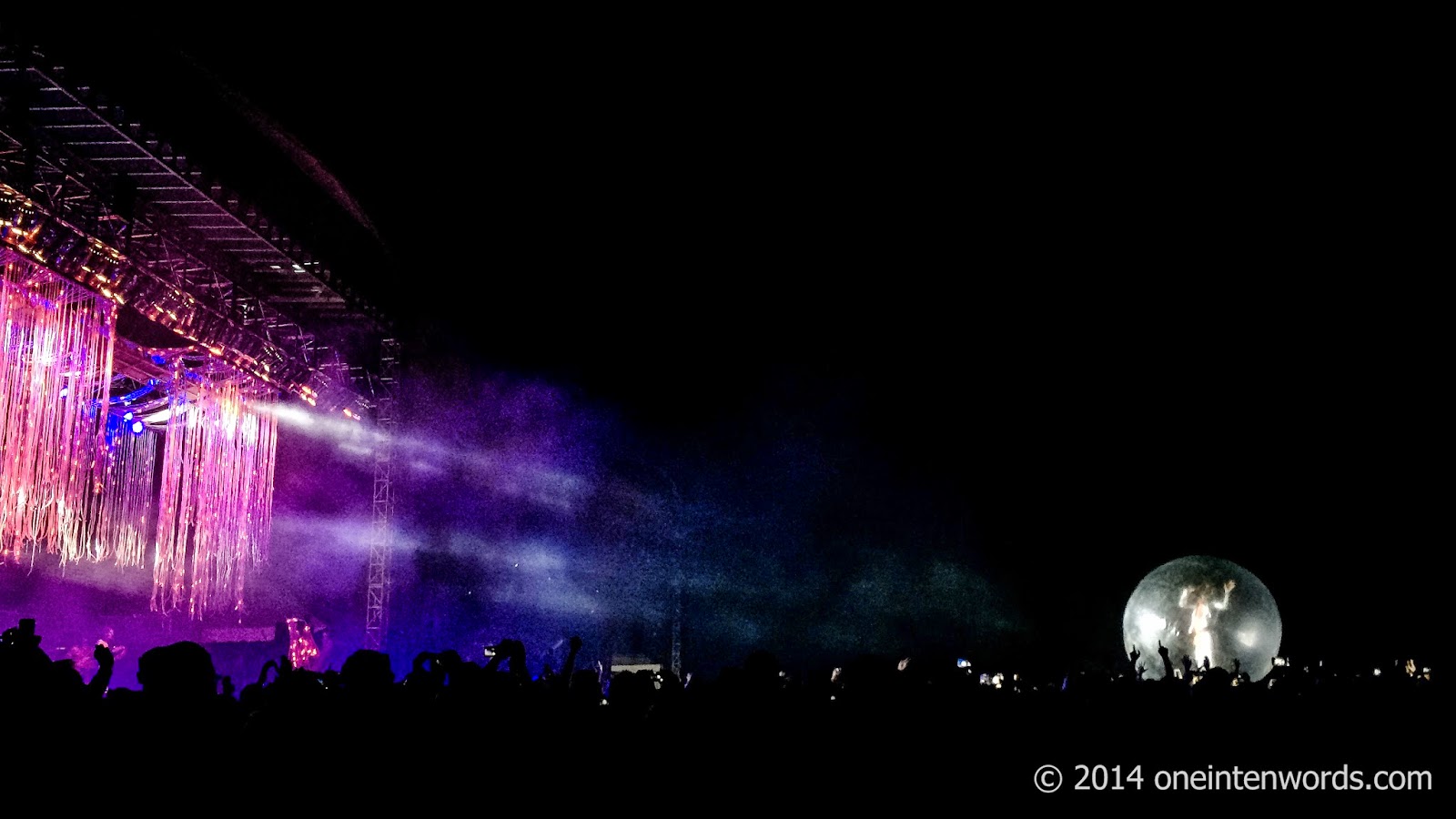