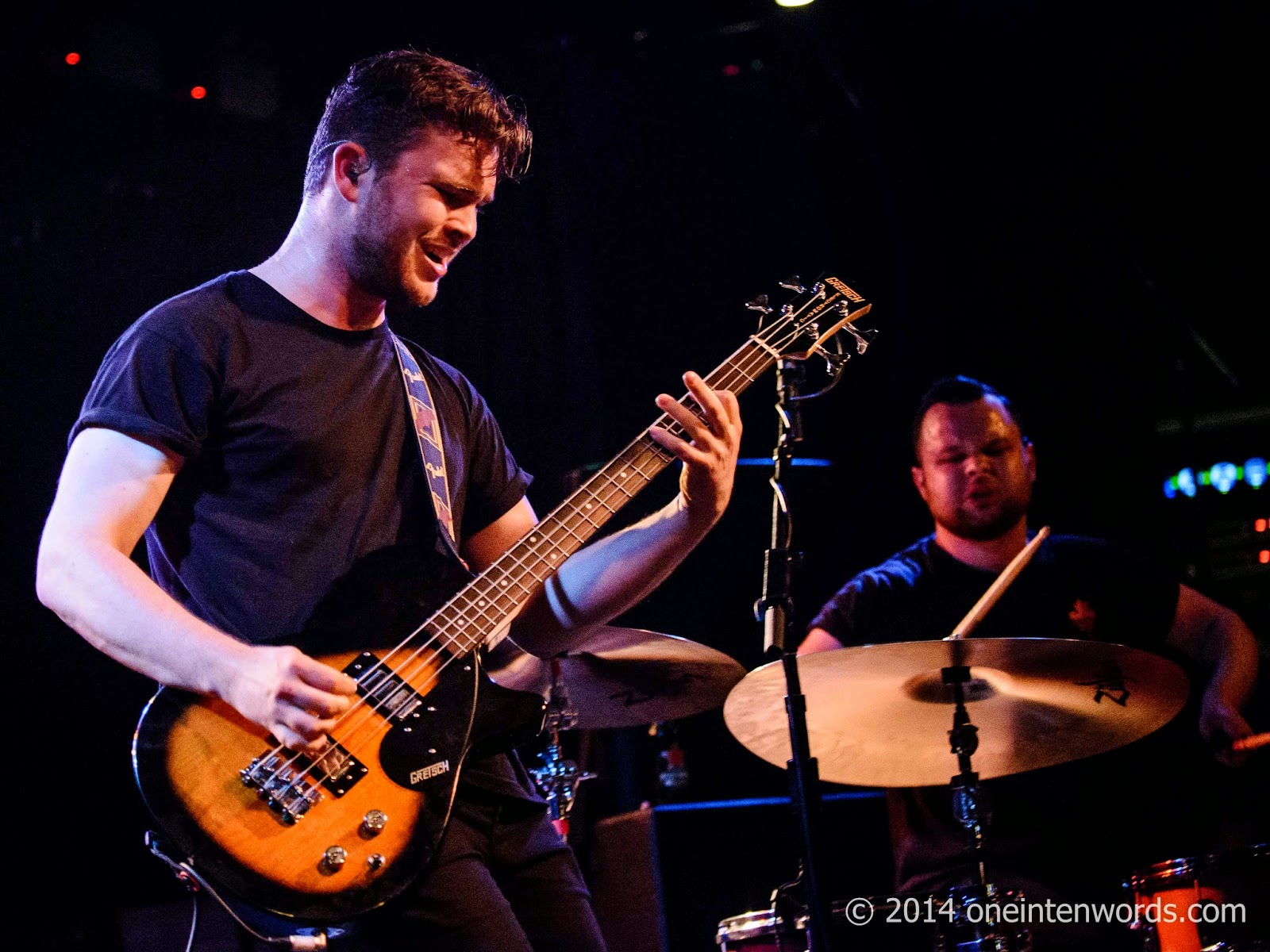 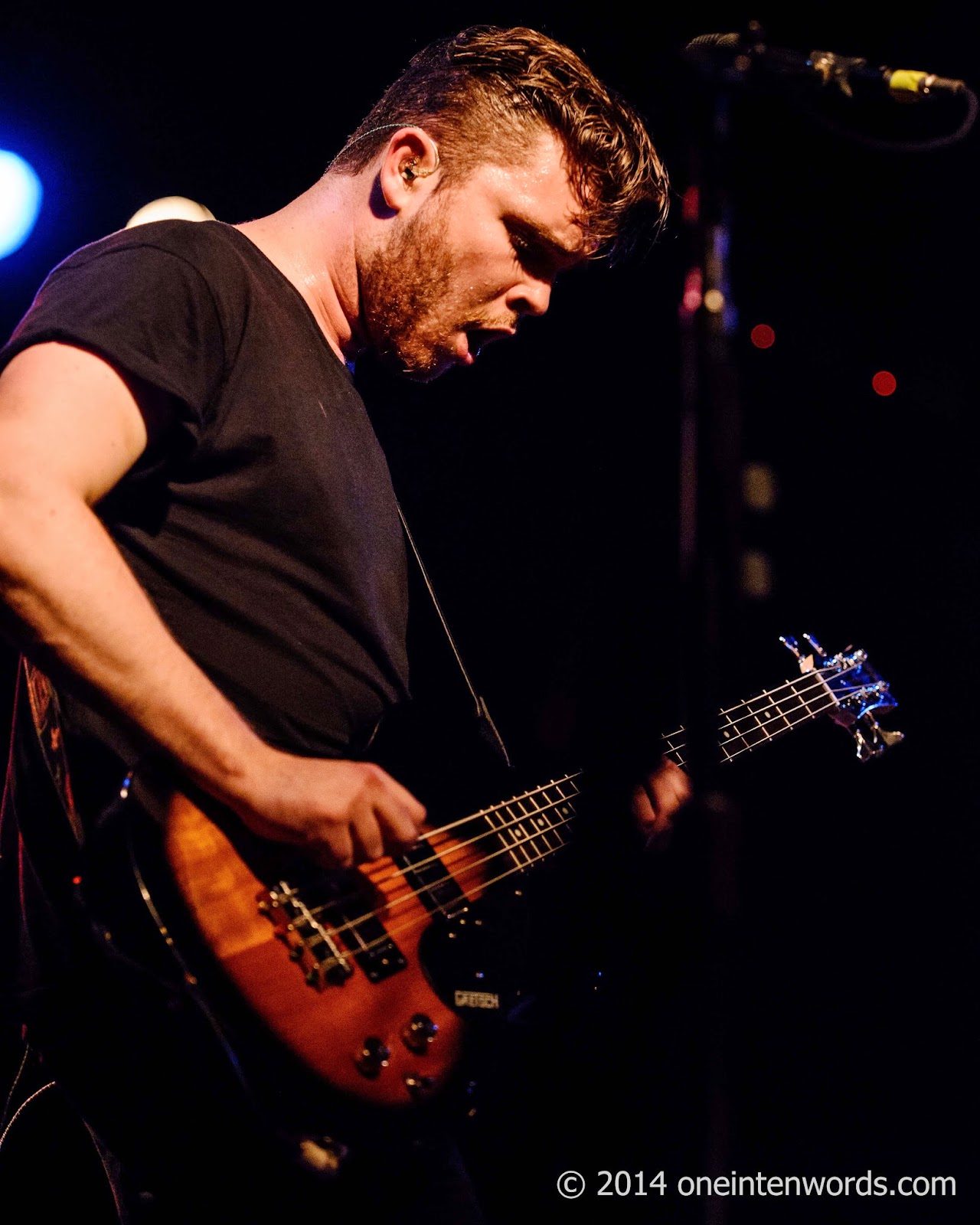 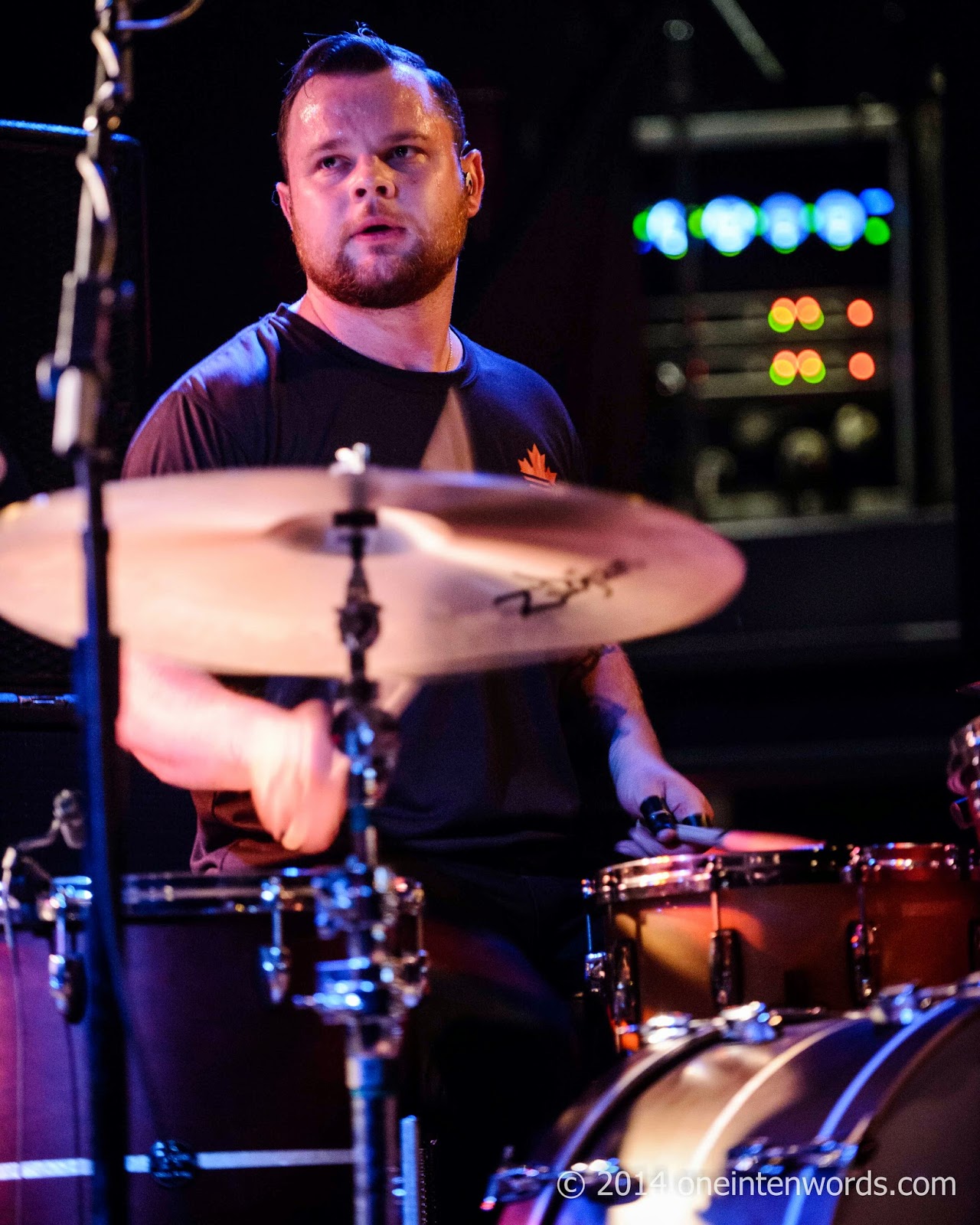 Royal Blood appeared before a sold out crowd at Toronto's Lee's Palace on October 14. I was lucky enough to be there, camera in tow. This band is going to be huge and everyone in attendance at this show is going to have bragging rights on seeing this Mercury Prize nominated band "back when". 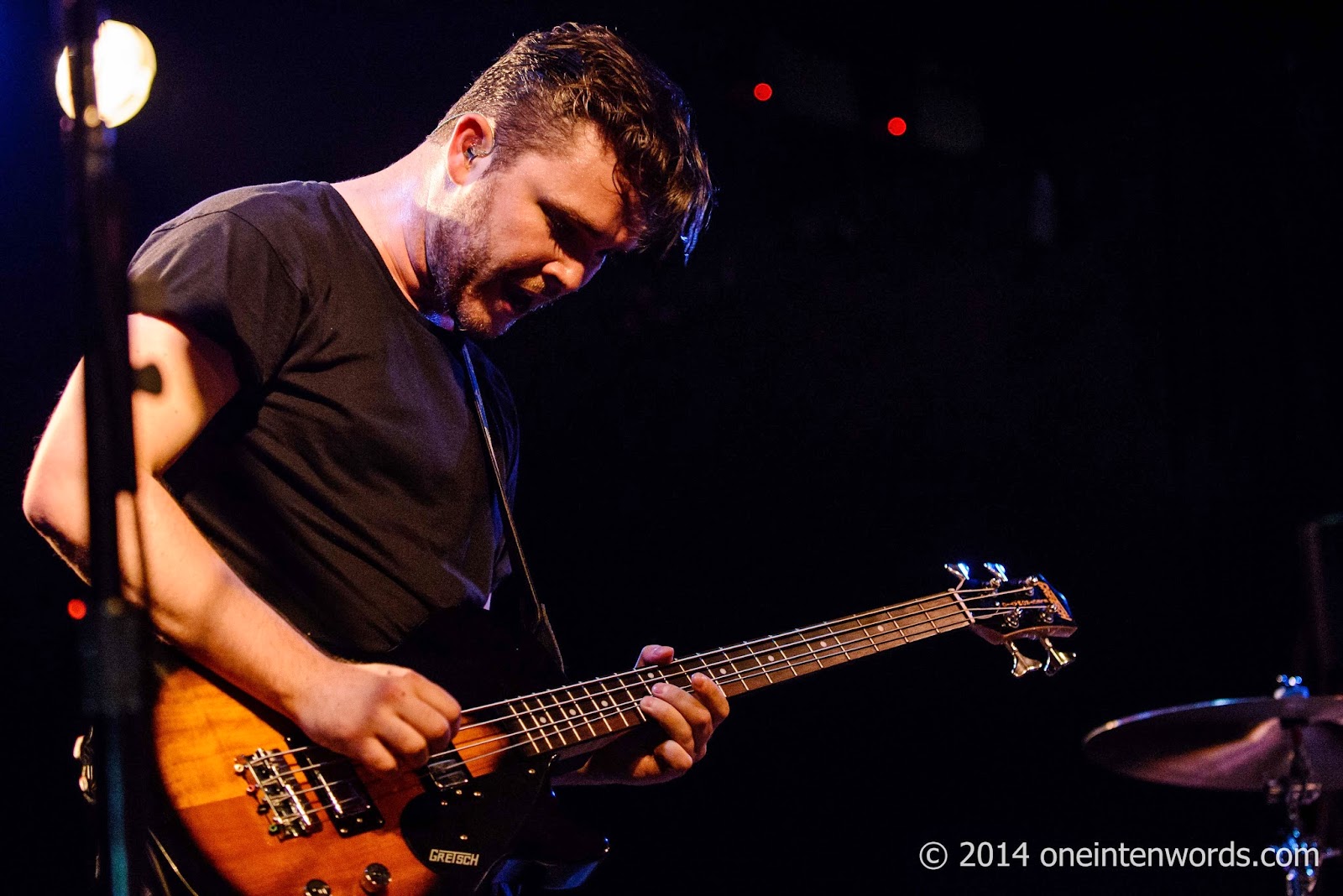 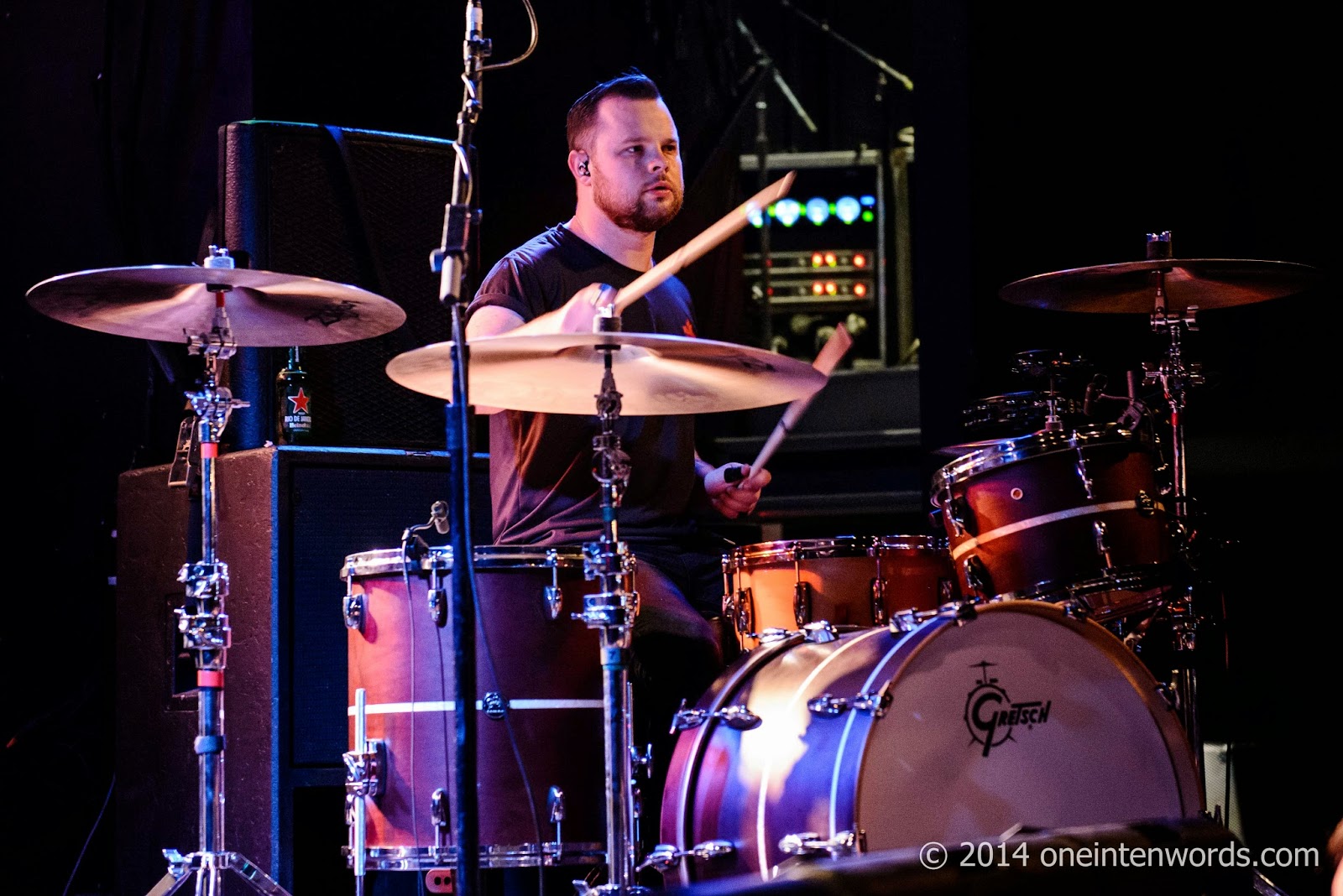 And they proved why they are getting so huge so fast. The two of them make a massive noise. The secret sauce to their sound lies in the basses and the effects. Different basses were used for different songs and at least some were strung differently to hit the notes that the songs required. The pedal board is the other secret - so much so that photographers were banned from taking pictures of it. Suffice it to say that there's a lot of octave/pitch shifting/layering going on. And there's that pile of amps in back. 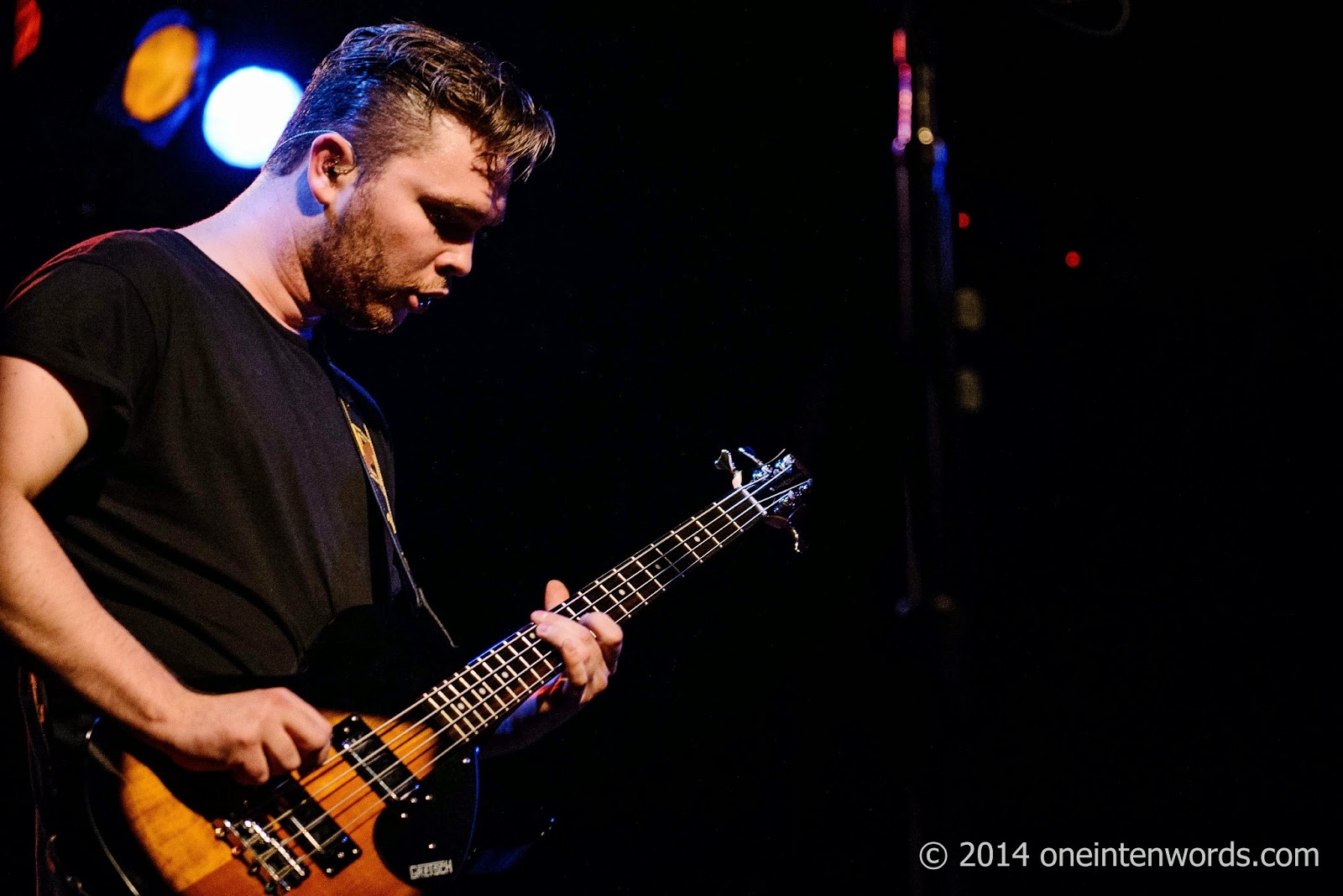 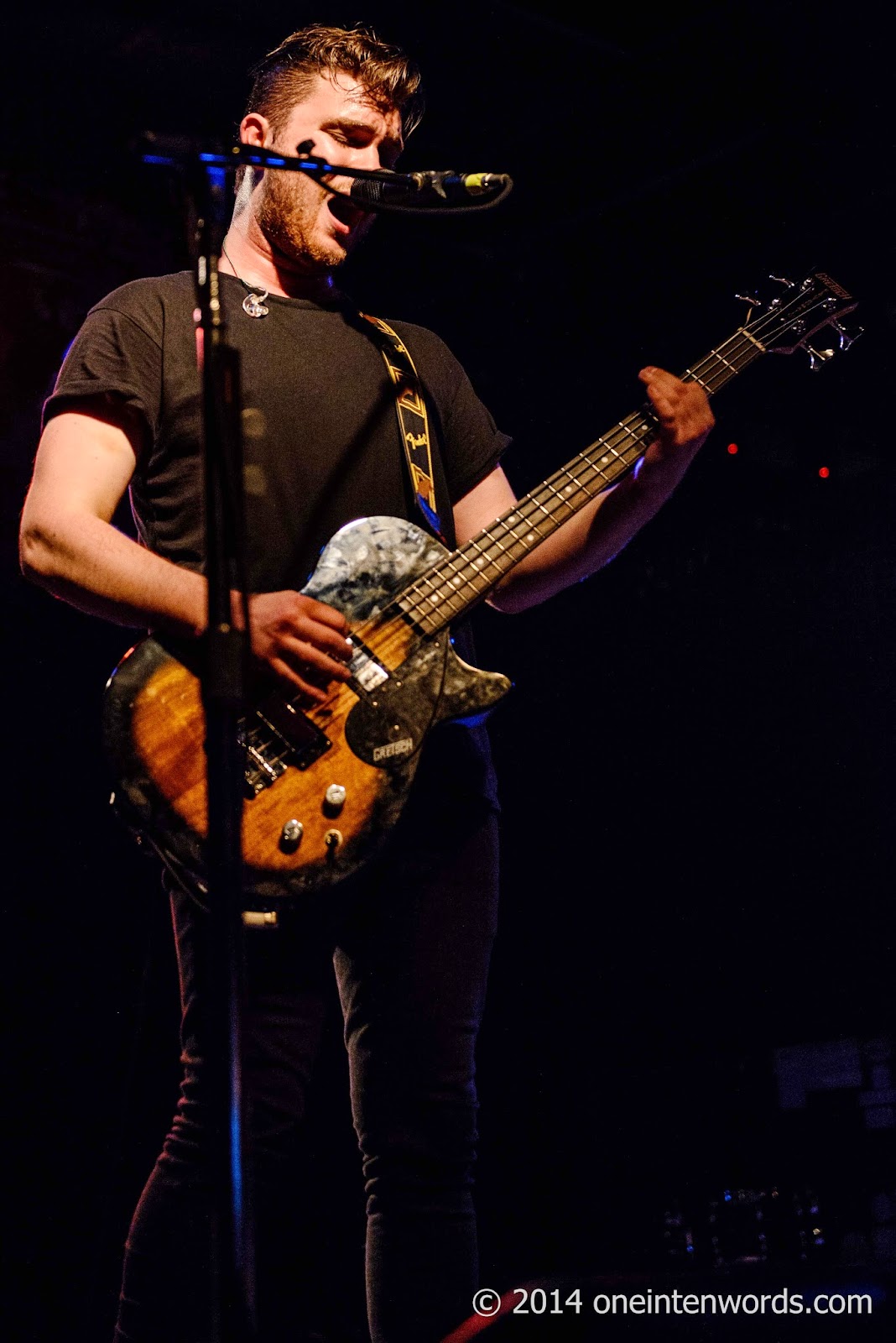 Of course, bass sounds alone do not make a band. The relentless pounding of Ben Thatcher's drums and, of course, the songs and singer Mike Kerr's vocals, make this band something special. Given that they only have the one album, the set was relatively short, but everyone left satisfied. They even included the live début of "Careless". Here are some tunes from their setlist.

They opened with "Hole" from their début EP.

Of course, they saved their huge breakout tune "Out of the Black" for the set closer.