New music from Bob Mould: Voices In My Head from Patch The Sky 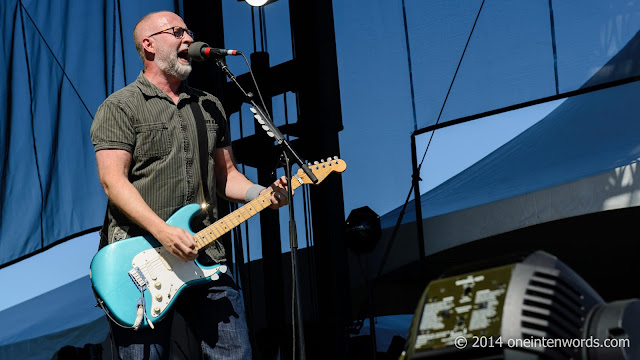 Bob Mould has a new album on the way. His follow up to 2014's Beauty & Ruin is coming out March 25 and it's called Patch The Sky. He's announced tour dates and is hitting up The Legendary Horseshoe Tavern here in Toronto on May 3 and 4. Tickets go on sale this Friday. The last time Bob and the boys played The Horseshoe it was so hot that condensation was dripping from the ceiling and Bob's glasses were completely fogged over. Can't wait. He always puts on a top-notch show.

Take a listen to "Voices In My Head" and check out the video below. While the chord structure and vocal stylings are unmistakeably Mould, the song's sonic signature is a little bit of a departure from Bob's last few singles with layers of acoustic guitar replacing the usual layers of electric fuzz. But after a few listenings those familiar melodies and chord progressions that Bob weaves so well are like a familiar jacket; comfy and warm and nostalgic. The video features Bob and Bob and Bob and Bob in an urban condo cluster. I'm looking forward to the rest of the album.