Ten years ago: We Are Scientists With Love and Squalor 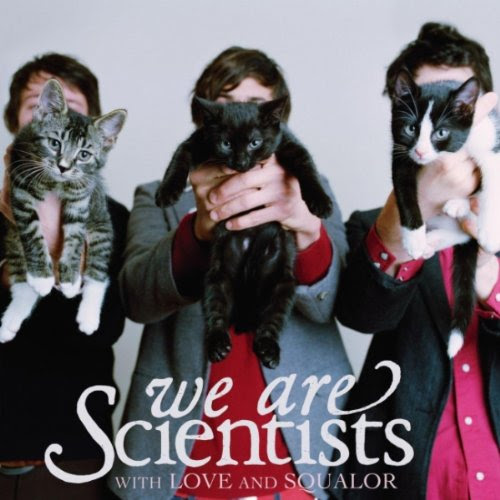 Back in 2012, I put up a "favourites" post on We Are Scientists and their incredible album With Love and Squalor. Since today is the tenth anniversary of the album's release, I'm going to post about this great album again. While that post featured each tune on the album, this post will just focus on the three singles.

With Love and Squalor is a masterpiece of straight-up guitar rock / power pop. It's the kind of music I like best in its purest form. Powerful, propulsive beats, frantic but fluid guitar riffs with gritty distortion, solid bass, aggressive but melodic vocals, and great song writing featuring hooks aplenty. Hope you appreciate it, too.

"Nobody Move, Nobody Get Hurt"