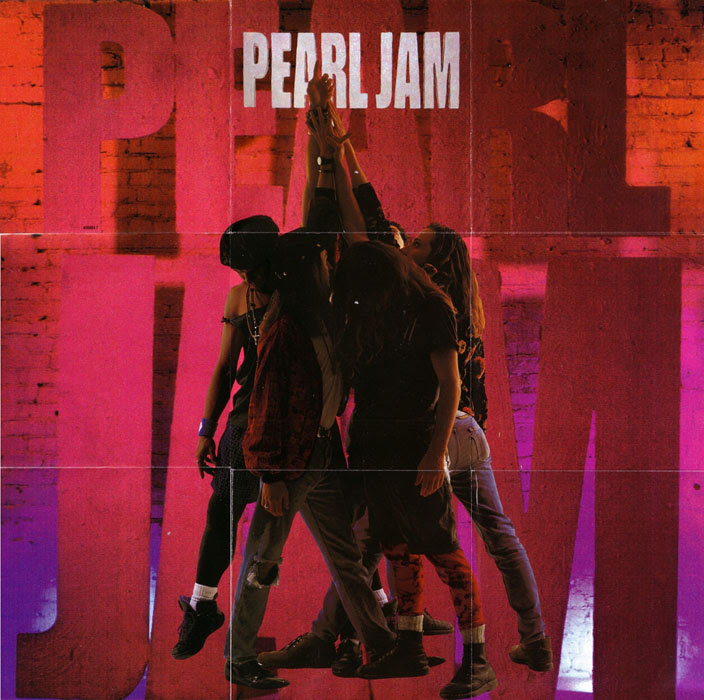 With everything else that's been going on, I certainly haven't been keeping up with 2016's significant album anniversaries. However, Pearl Jam's monumental debut Ten deserves recognition as a landmark album of its time, a touchstone in alternative rock and for lasting so well up to the present. The album celebrated the twenty-fifth anniversary of its release just a few days ago, on August 27. It's a near perfect album full of amazing songs, performed with unbridled intensity and musicianship, with vivid lyrics and tangibly passionate performances.

It's one of my all-time favourite albums and Pearl Jam's performance at Lollapalooza 1992 was one of the most magnetic performances I've ever seen, with Eddie Vedder scaling the stage scaffolding and the band in top form.

"Even Flow", with its excellent riff and heaviness that's mixed with such groove, was the first song that I played from the album on my college radio show at the time. The lyric, "He can't help when he's happy he looks insane" is still one of my favourite lyrics, not least of which because it describes a dear friend so well. Soon after, the rest of the album would reveal its magic song by song.

From the atmospheric opening of "Once" through its building intensity, to the aforementioned "Even Flow" to the big single and probably the best known song on the album "Alive", the album gets off to a great start. "Why Go" continues the intensity before one of my favourites of the favourites "Black" goes into dark and intense territory. The other song that vies for the title of best known, "Jeremy", is next with its vivid lyrical description of tragedy. The album continues its flow through the atmospheric "Oceans", the outstanding and frantic "Porch", the intensely passionate "Garden" and the mind-bending jam of "Deep" before hitting the slow-burn of "Release". Ten is a truly incredible album and a personal favourite.

"Even Flow", an official video that does a pretty good job of capturing the live vibe of the band

"Alive" This version starts of pretty sedate but amps up appropriately and incredibly. Love the Ace Frehley inspired solo.

"Porch" I love the pro-choice message Vedder snuck into this performance.