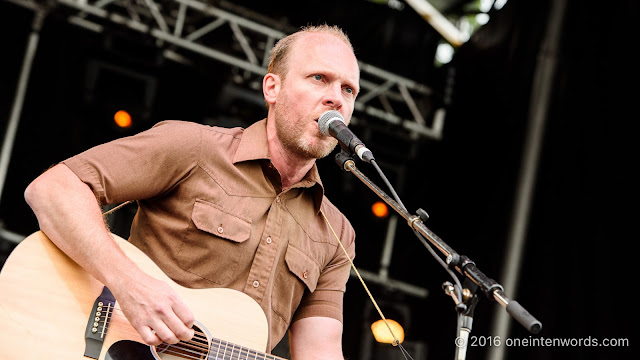 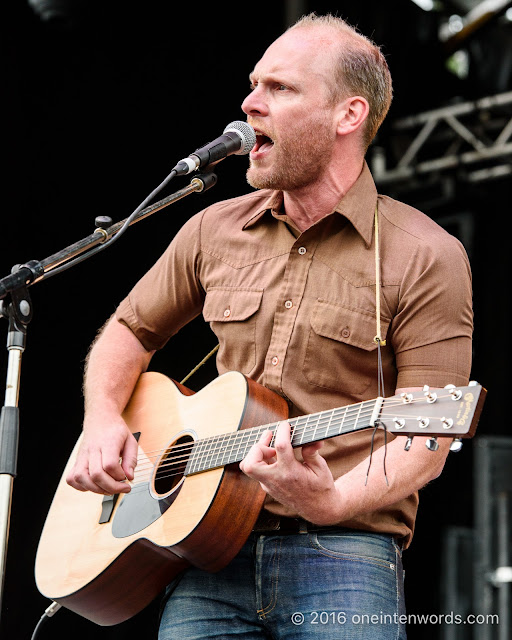 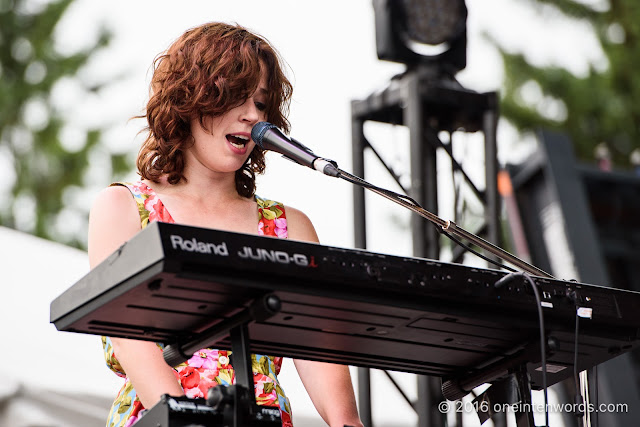 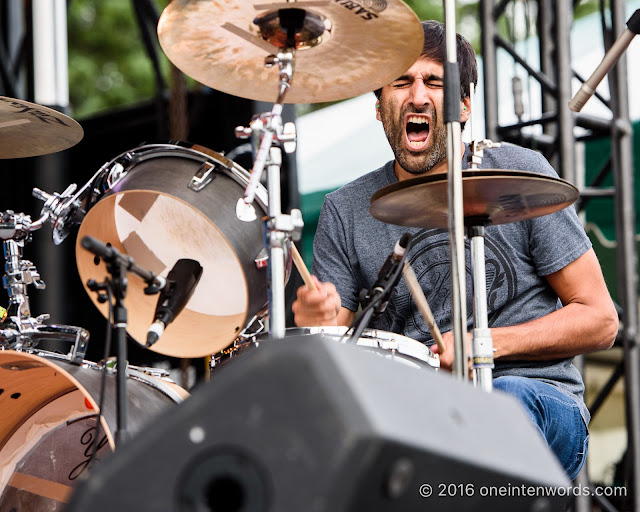 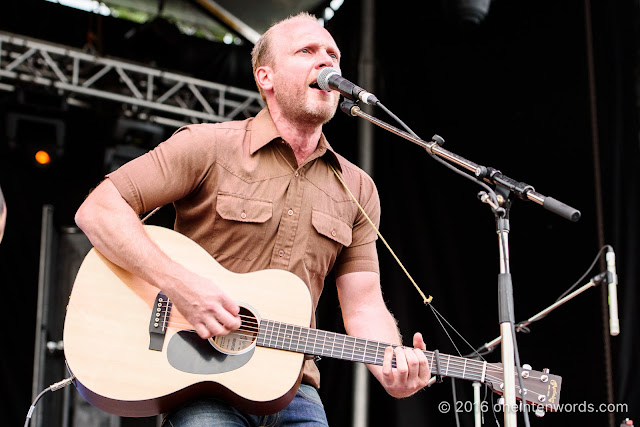 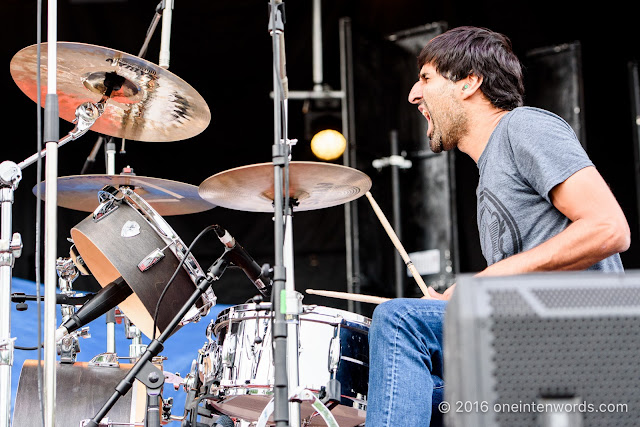 Indie-rock band The Rural Alberta Advantage were the next main stage act at this year's Riverfest Elora.  They've been on my radar for several albums now, but this show marked my first time seeing the band live. They opened with the Gord Downie tune "Canada Geese" from Coke Machine Glow. Fitting, as the day of RAA's performance was also the day of The Hip's last show of their current tour, and maybe their last show ever.

The RAA proceeded with a high-energy show that left me impressed with their live show. They make an incredibly full sound for a three-piece band and they've got one of the best drummers to watch and photograph, not only because he’s not lurking in the shadows, but because he’s so expressive in his facial expressions and physicality.

Check out some music from The Rural Alberta Advantage:

"Not Love or Death"