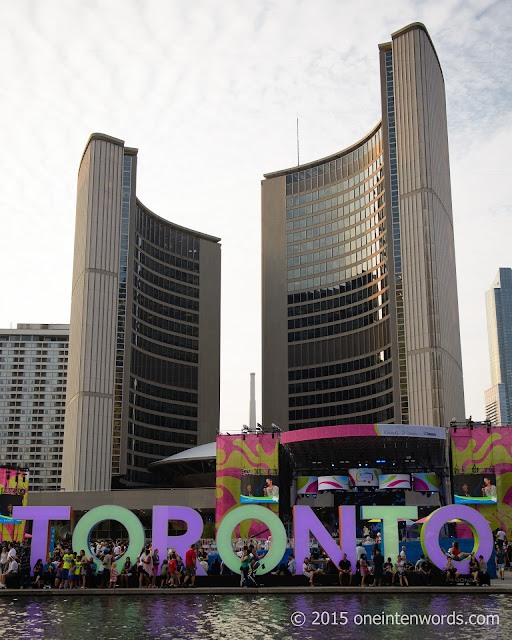 The Pan Am Games are on in Toronto right now. I'm not a big sports fan so most of the events are lost on me. The nice thing is that there's a huge variety of musical events on at both Nathan Phillips Square, right in front of our city hall, and at Pan Am Park. These events come under the banner of the Panamania Arts & Culture Program. I'm checking out a bunch of the live shows. 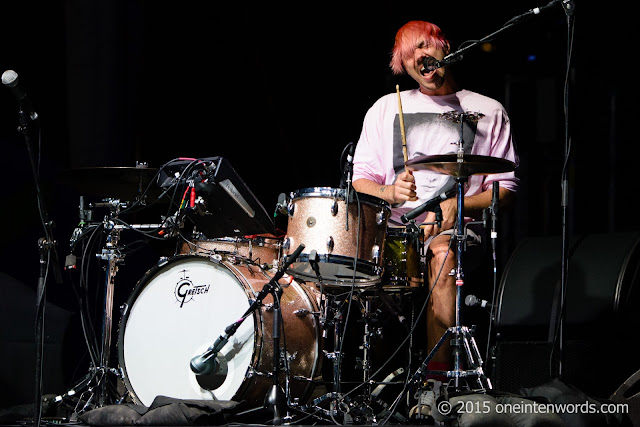 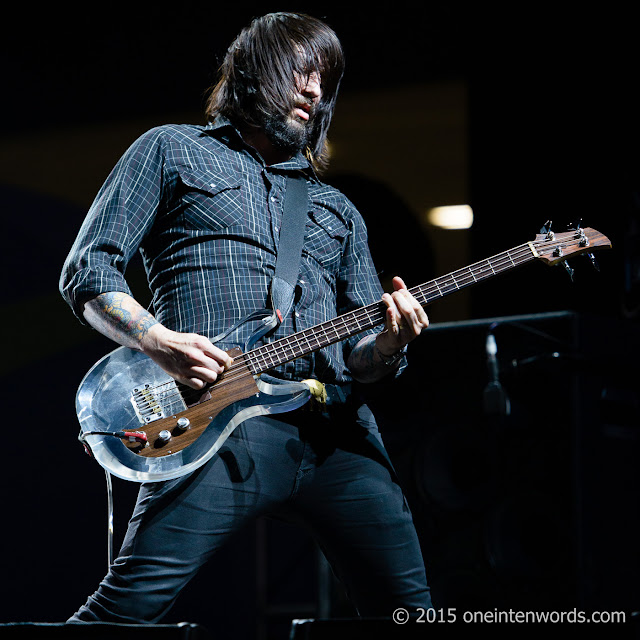 First up, on July 12, was Death From Above 1979's headlining show at Nathan Phillips Square. I caught the band at Riot Fest last year and I'll tell you that they do not disappoint. They rock out with the controlled abandon that you'd expect from listening to their tunes. They had a square full of people in the palms of their hands, cheering and bouncing along to their tunes. 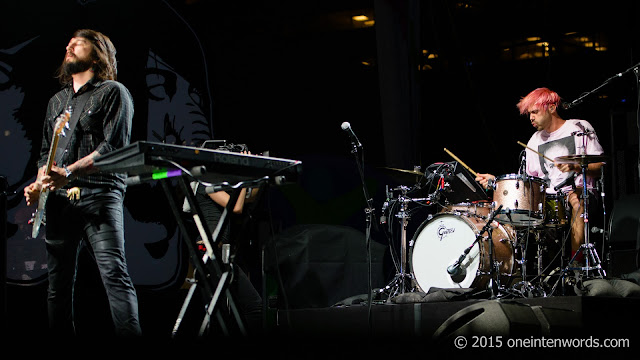 These guys are such a tight powerhouse. They just create such a wondrous noise. I also love these artists that turn the concept of what it means to be a band on its head, foregoing a traditionally main instrument, like guitar, and making their mark with uniqueness. 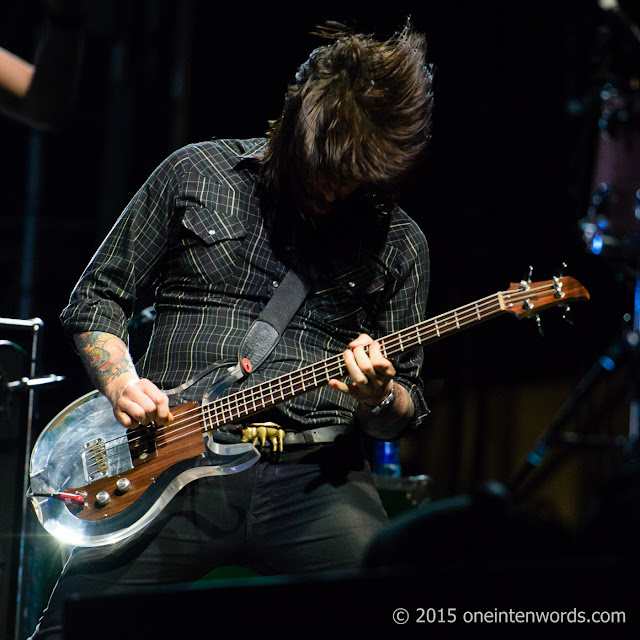 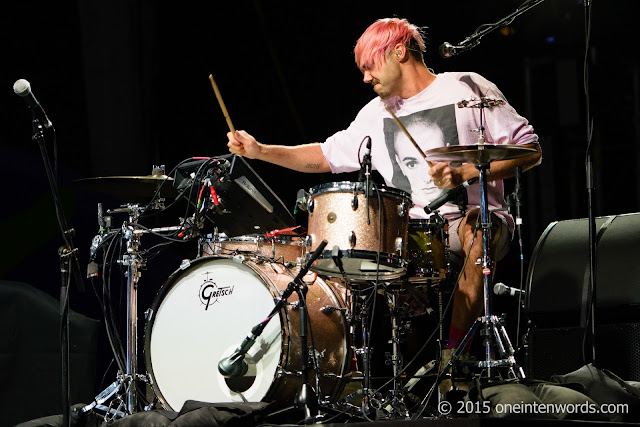 The set was heavy on their latest release The Physical World with some big hits from their back catalogue sprinkled in for good measure. Jesse Keeler was his usual manic self, bass and hair in perpetual motion for the entire set. Sebastian Grainger was equally animated on drums and vocals. His Sinead O'Connor shirt urged us to fight the real enemy. Never bad advice. 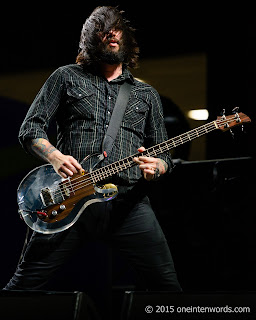 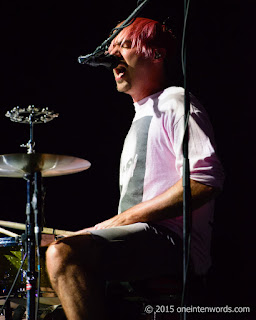 Here are a bunch of toons they played in their set:

Opening tune "Turn It Out"

One of my absolute favourite DFA 1979 tunes, "Romantic Rights"

They closed out the show with "The Physical World", then we enjoyed some fireworks, which are happening nightly. 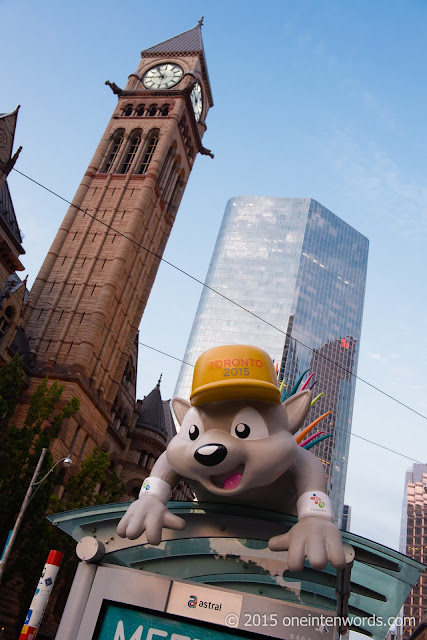