Royal Blood and The Beverleys at Tattoo Rock Parlour 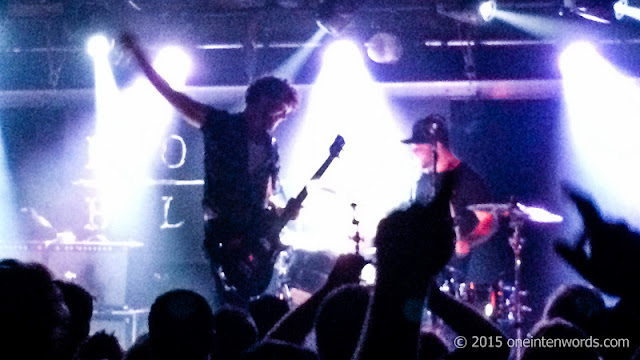 I love Royal Blood. I was honoured to be able to shoot their show at Lee's Palace last time they were in town and I was very, very excited to see them in their intimate show at Tattoo Rock Parlour after two nights of opening for Foo Fighters at the Amphitheatre. I didn't expect that it would become so controversial for me.

I love taking concert photos. In this past year and half or so, it has become a major passion for me. Sadly, due to the small size of the venue and the small size of the photo pit, I didn't make the cut for photo access to Royal Blood's show. I have absolutely no hard feelings over this and treat each show that I am granted access to as a gift and a privilege.

If you've been watching the music entertainment news over the past several weeks you will no doubt know that there's some controversy growing. Taylor Swift spoke up against Apple's policy that they would not pay any royalties during the 3-month free period of Apple Music. She felt that artists should be paid for their art. It then came to light that her photo contract allows photographers to use the photos they take of her on one occasion and in one publication and only leave them up for the remainder of the year. Subsequent use would have to be pre-approved by Swift's management. Of course, there's no news of how easy or difficult it is to get such permission. And then there are the pieces that really pissed off a lot of photographers. While the artist that created the images (the photographer) can use the photos that they took on one occasion in one publication for a few months, Swift can use the photos forever, with no compensation to the photographers. So much for artists getting paid. And if you break the rules, Swift's management can confiscate and/or destroy your gear. (Update: Swift's management has amended their contract) These contracts are sadly not uncommon in the biz for big artists, with Foo Fighters and Kid Rock among the offenders. The Foo's contract goes as far as to transfer copyrights to the band.

Which brings me to my inner battle over this Royal Blood show. I had the clever idea that I'd draw some pictures of the band and post them along with my review as a joke. Then Quebec newspaper Le Soleil decided to send a cartoonist to the Foo Fighters in protest of their photo contract. I didn't want my joke to become something political, since that was definitely not my intent, so I scrapped this idea. I now feature a couple of my crappy iPhone pics of the show and point you to the Lee's Palace pics if you want to see some better shots of Royal Blood that I captured.

And now you see that I've failed in not wanting this post to become political, so I'll finish my little rant with this: Artists do deserve compensation; Artists do deserve use of their creation without overly restrictive contracts. Since artists like Swift and Dave Grohl will probably never do anything to fix their photo contracts, all that photographers can do is refuse to sign, refuse to shoot and hope that their action, along with the hopeful support of the publications they shoot for, will end up making some kind of positive change. 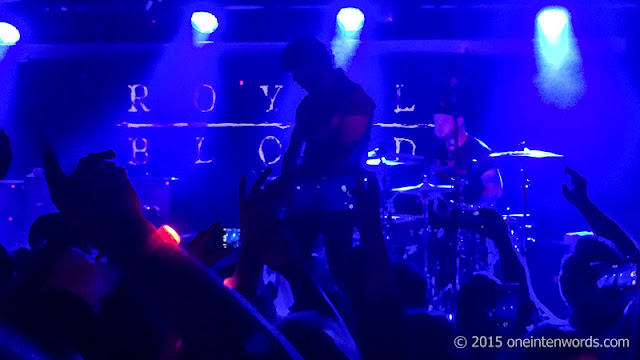 And now back to our review of the Royal Blood show...

Royal Blood have released one album and an EP. This limits the length, but certainly not the quality of their set. One thing I noticed is that they've become better at stretching out their tunes, including interludes, extended bits and audience participation to make better use of the tunes they have at their disposal. Their set consisted of 9/10 tunes from their eponymous début, plus "One Trick Pony" from the "Ten Tonne Skeleton" single.

Mike Kerr promised that the show would be sweaty. And it was. The room was absolutely packed with a crowd that was sold out from very shortly after tickets went on sale. I don't think that we'll ever get the chance to see this band in such a small room and I think they could have sold out a much bigger venue for this show.

Kerr also promised that when people asked how the show was, all we would be able to do is breathlessly remark, "Dude!". Pretty much on point as well.

Kerr and Ben Thatcher's playing is extremely tight. The songs are amazing, and the sound and energy they produce is incredible to behold. I had an amazing time, as I know the rest of the crowd did. Until next time, perhaps at The Phoenix, or, shudder to think, The Sound Academy, let's enjoy some tunes and cast our minds to this magical gig.

Opening tune "Come On Over"

After winning Best British Group at the Brit Awards, they performed "Figure It Out"

Show closer "Out Of The Black". They even mixed a bit of Black Sabbath's "Iron Man" into this one. 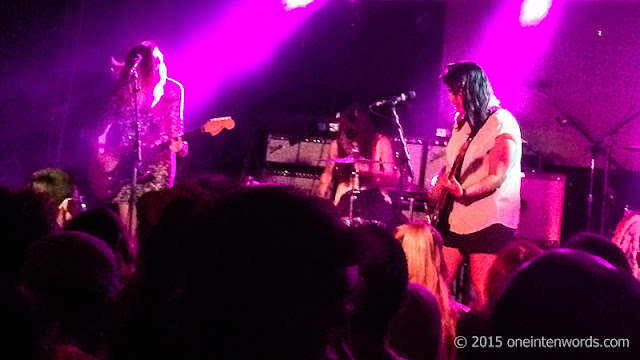 The Beverleys opened the show with their own brand of aggressive, angst filled tunes. We got booming drums, buzz saw guitars and vocals that got into viscous, guttural snarl territory at times. Great stuff. Here are some tunes:

"This Is Not A Union"