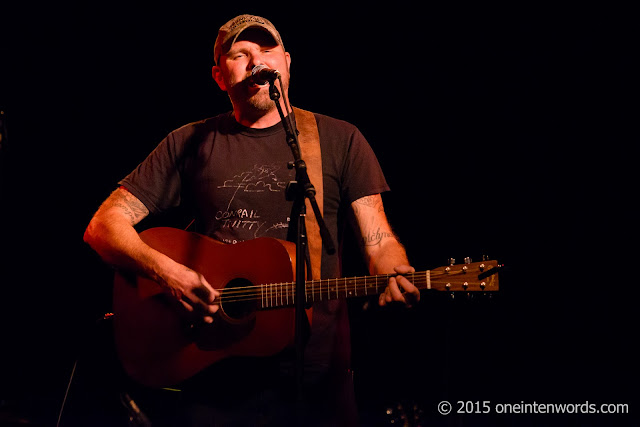 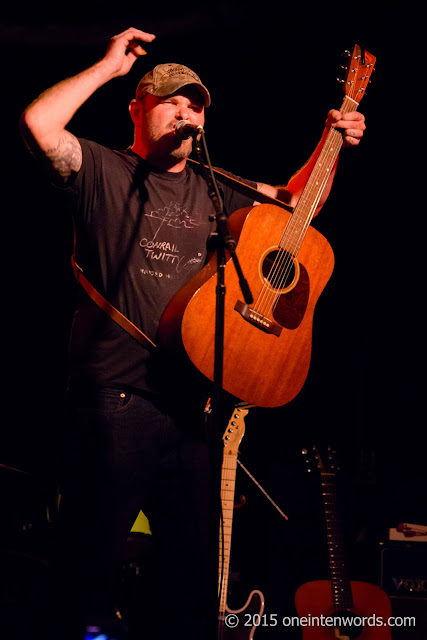 Tim Barry is from Richmond, Virginia. He plays powerful songs powerfully delivered. He was second on stage at Lee's Palace on June 24, opening for Northcote at his TURF Preview Series show.

His songs draw from experience and demonstrate empathy and passion in endless supply. The characters jump to life in your imagination as he speaks for them in song.

Tim talked a lot about his history as a musician and how lucky he feels to be out singing his songs for people. One thing he said that really resonated with me was, "To set a goal and pull it off is a fun and empowering thing. Don't be afraid to die. Be afraid not to live." 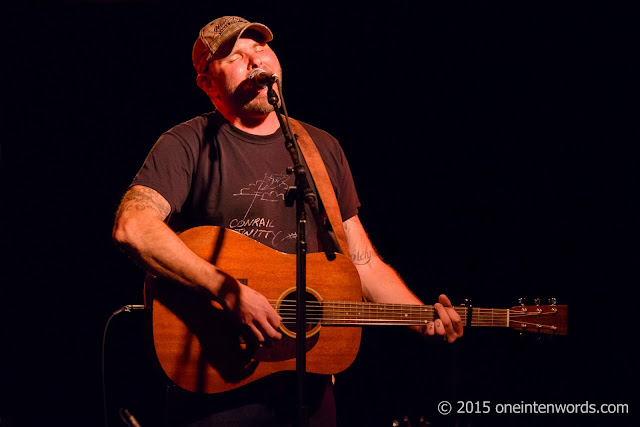 No performer is going to get on a stage and insult the people of the country or city they're playing in, but Tim had lots of nice things to say about Canadians, most notably that we're the nicest people second to Australians. I know a few Australians and he may just be right. And then there was the story of the very apologetic thief in Montreal.

Here are the songs he played, as best as I kept track of them. I'm eternally thankful to artists whose lyrics are Google-able.

Check out the lyrics of the song "Dog Bumped". It was one hell of a song to start out with. He delivered it with less of a country feel and a much more impassioned delivery that amped up the message immensely.

"No News from North"

As many artists I've seen lately like to do, Tim said, "Fuck it!" and got down on the Lee's Palace dancefloor to get closer to the crowd. He played "Exit Wounds" before getting back up on the stage.

Then came a song written while Tim was living in a shed,"Thing Of The Past" 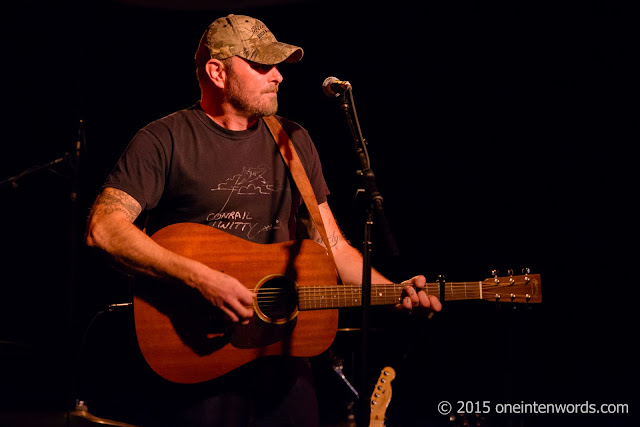