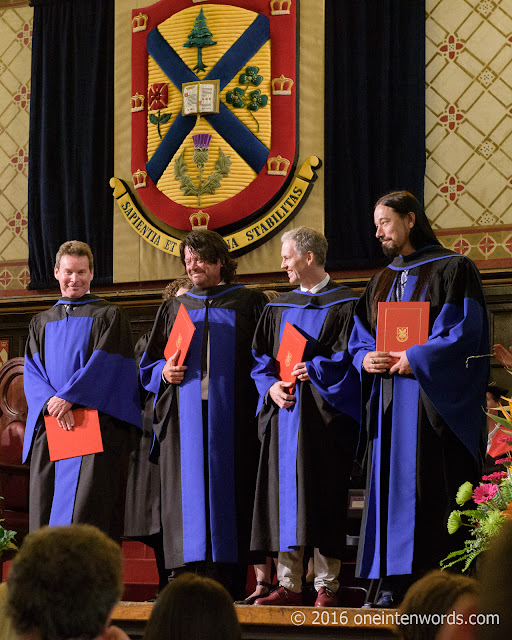 I was at Queen's University this past Thursday for my nephew's med school graduation. At the same convocation, legendary Kingstonian rockers The Tragically Hip received honorary degrees from the University.

In his speech to the graduates, bassist Gord Sinclair mentioned that the bulk of the writing for their album Road Apples took place on the same stage that he was speaking from, at Grant Hall at the University. Sinclair talked about how technology has evolved from their early days to today, and addressed how evolving technology will influence the careers of the graduating doctors. He continued with solid advice for the graduates and you can hear his entire speech below. 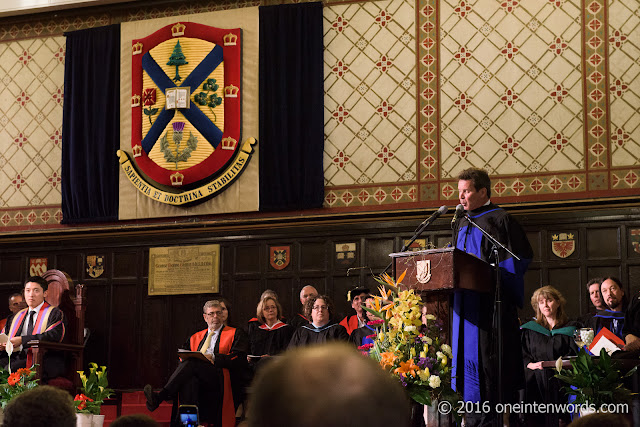 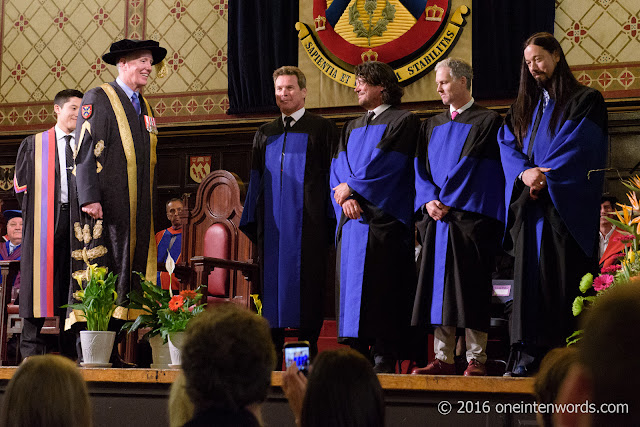 Guitarist Rob Baker, bassist Gord Sinclair, guitarist Paul Langlois and drummer Johnny Fay were all on hand for the ceremony. Singer Gord Downie was not able to attend.

Baker, Sinclair and Downie all graduated from Queen’s University and Sinclair, Langlois and Baker all live in Kingston. The band's new album Man Machine Poem, available June 17 and the track "In A World Possessed By The Human Mind" is below.

In case you missed it, check out my post on the recent twenty-fifth anniversary of Road Apples.