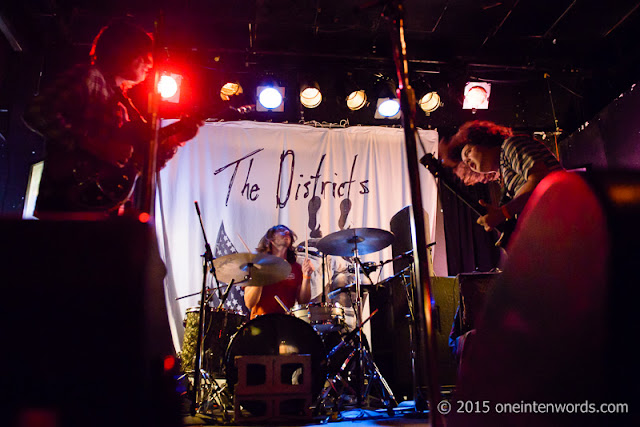 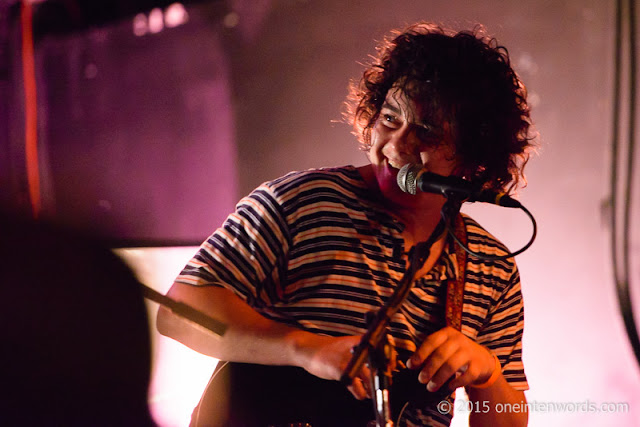 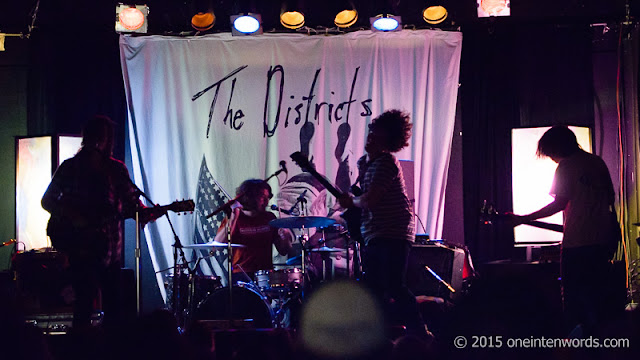 The Districts' Toronto history has seen them go from opening for White Denim at The Legendary Horseshoe Tavern to headlining at The 'Shoe (click the links for my pics of those shows) to this September 30 show headlining at Lee's Palace. I can't wait to see these guys at The Phoenix Concert Theatre and The Danforth Music Hall and Sound Academy as they continue to grow their audience. They're on tour supporting this year's great album A Flourish and a Spoil.

They are a band that are known for their live shows where singer/guitarist Rob Grote flails about on stage in almost unhinged abandon. The rest of the band hold it together while keeping the momentum going. Their songs are passionate, incorporating alternative/indie rock elements with lots of aspects of blues and roots music plus lots of jamming. These influences pour together with their own personal contributions into a unique package. Every time I see this band they're taking their live show up a few notches. This time Grote lost the guitar for songs like "Long Distance" and took his wild abandon to a new level. 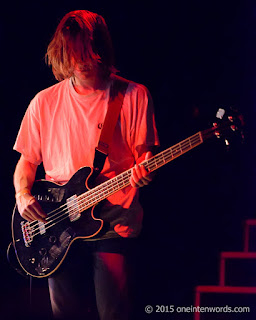 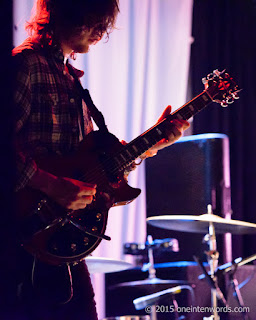 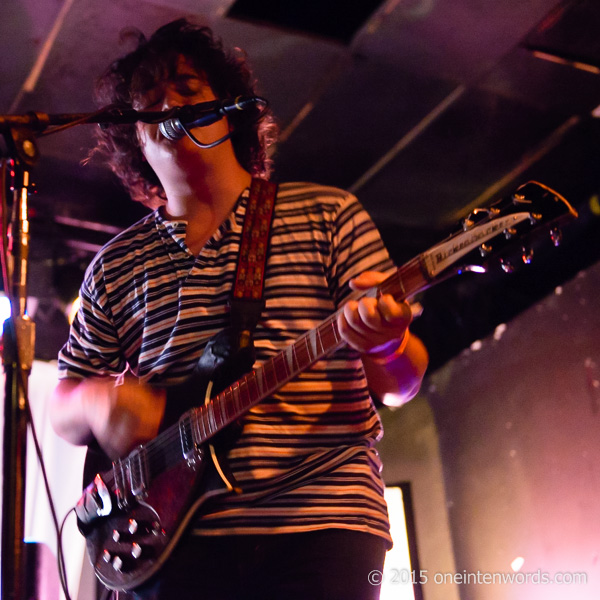 Their set contained all my favourite tunes, and a couple of cool-sounding new tunes. My fondness for the band's tunes grows every time I see them. I also notice that with each show, the pile of electrical tape holding Grote's strap on his Ricky gets bigger. It's also funny the thoughts that enter my head while watching a band. Questions like, "Does a drummer who has cinder blocks in front of his bass drum bring his own cinder blocks on the road with him?".

The Districts are masters of dynamics, taking us on wild rides from the quiet to the intense, with the encore as a perfect example. Grote played the quiet and intense "Suburban Smell" for us solo and then the band came back for the amazing closing tune "Young Blood". Wow. What an ending. The whole band were flailing themselves around like crazy while delivering such an intense jam ending.

Check out some tunes from their setlist (my notes differ a bit from this list): 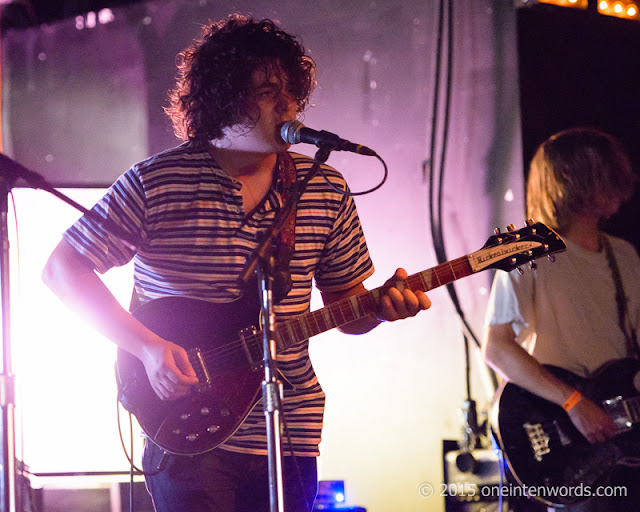 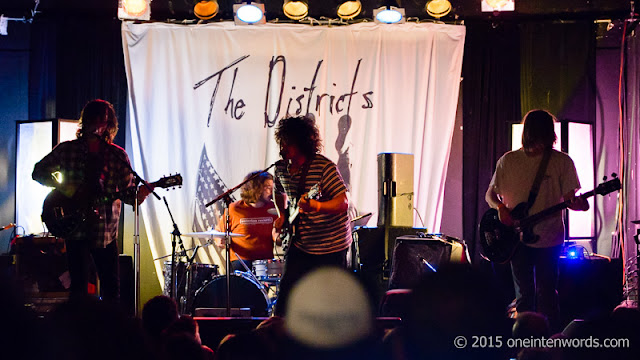