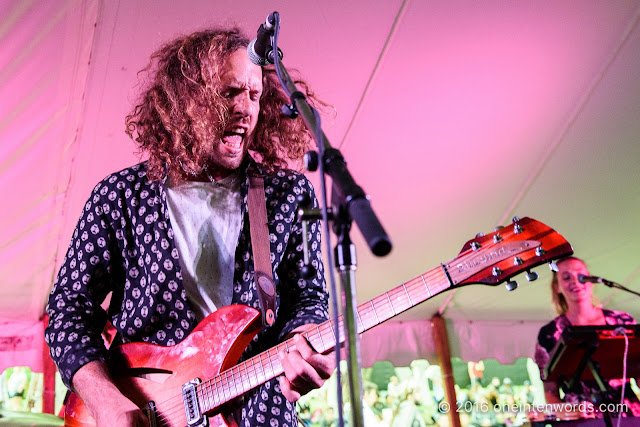 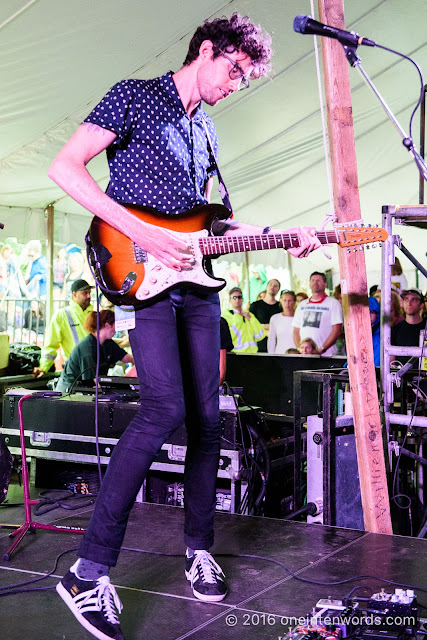 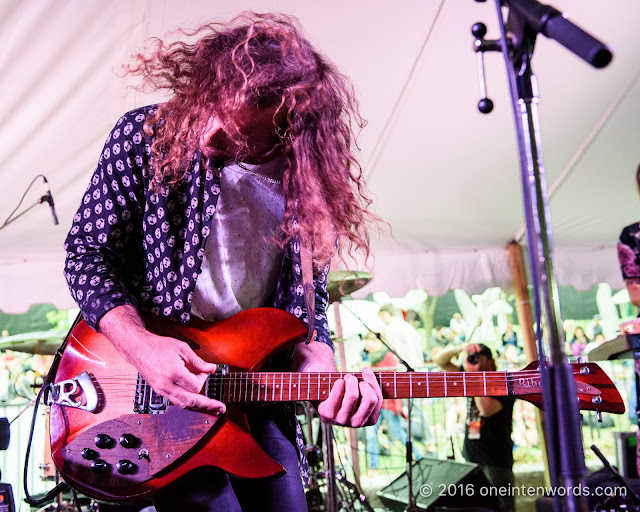 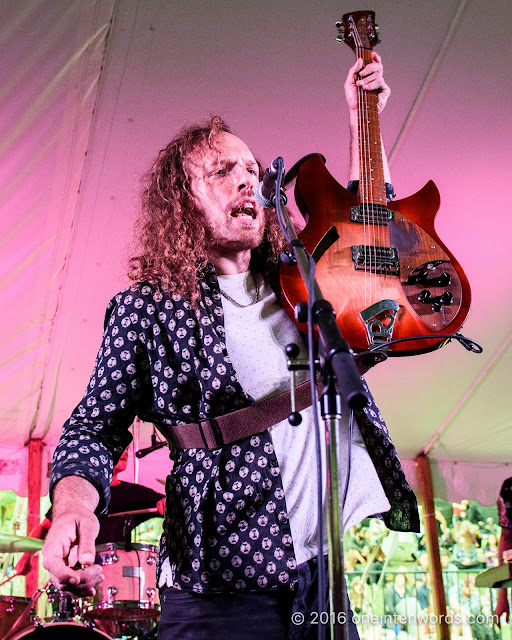 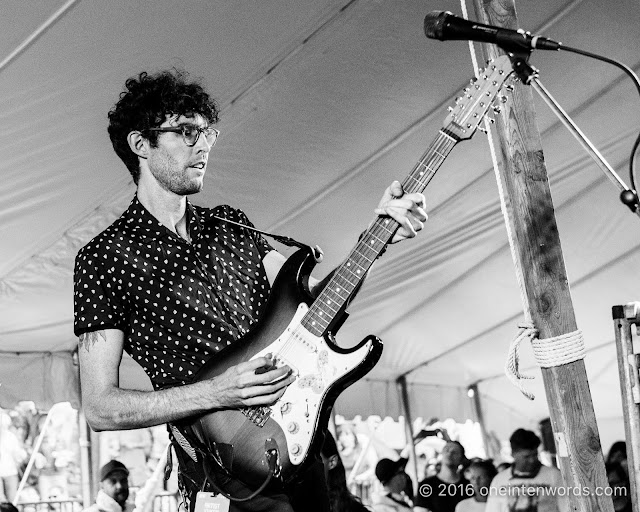 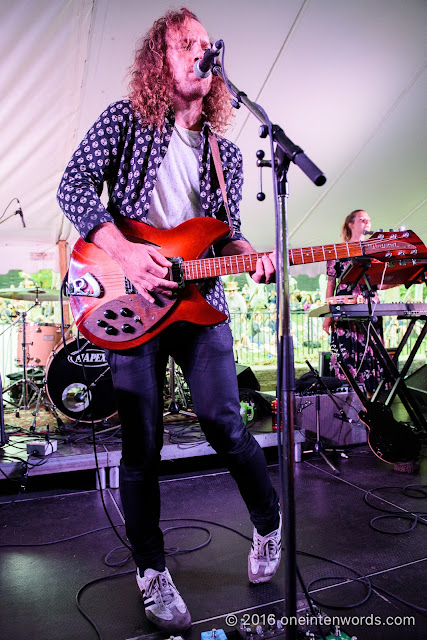 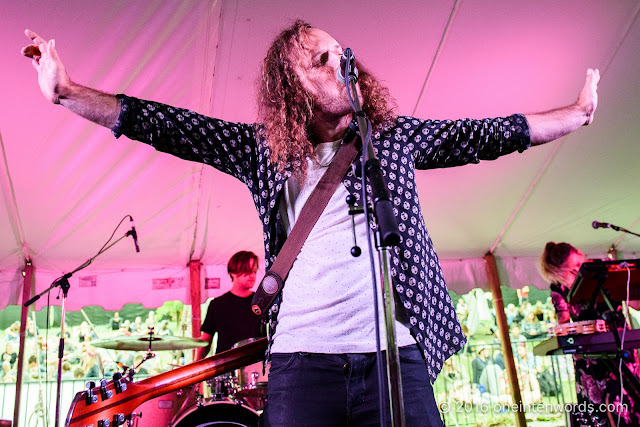 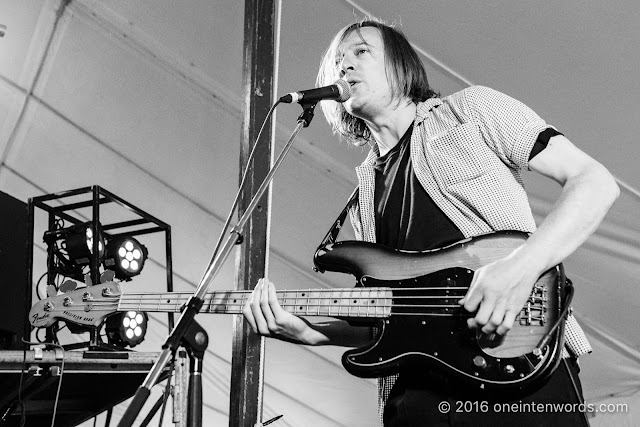 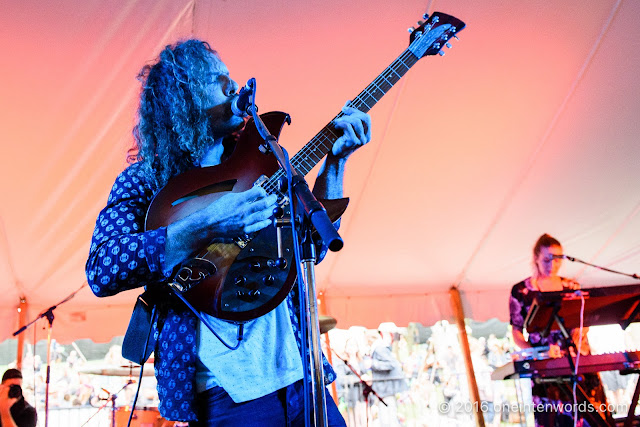 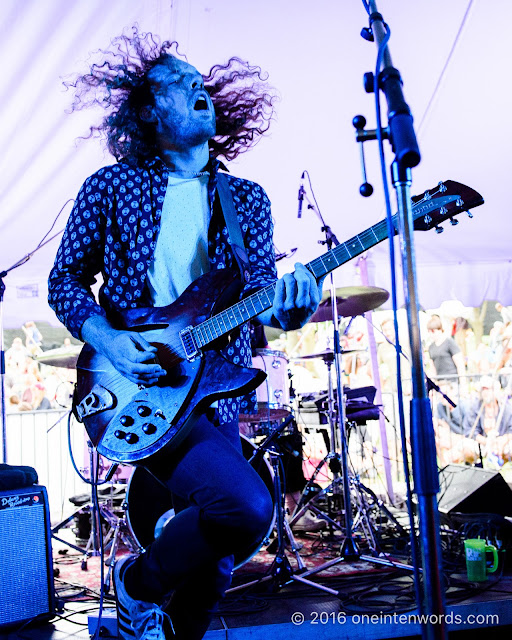 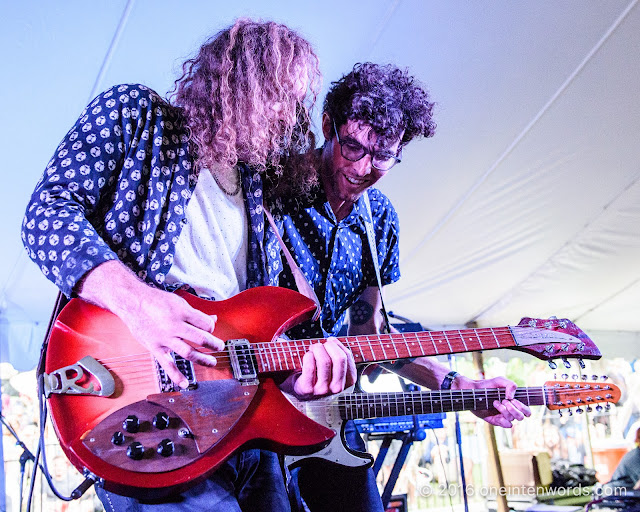 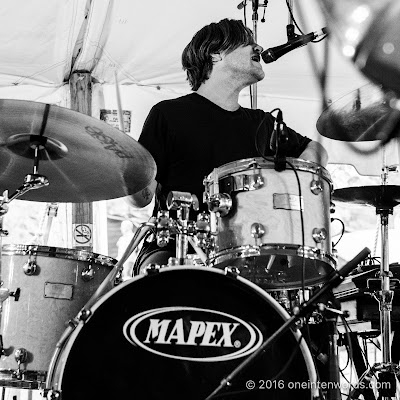 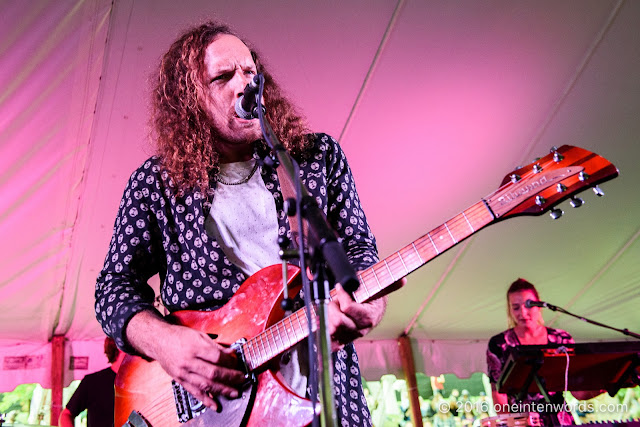 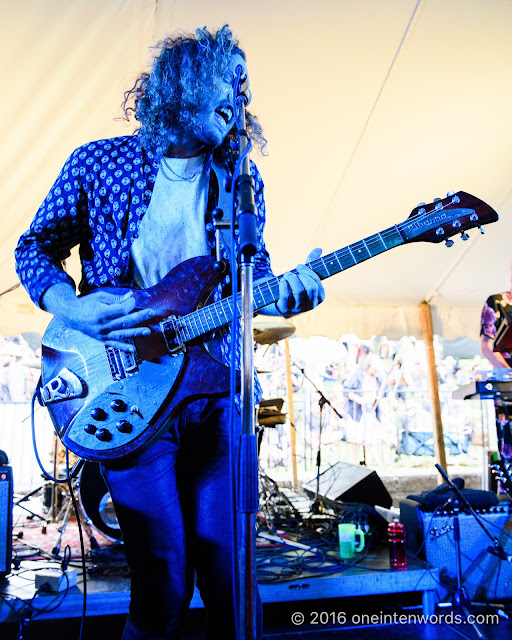 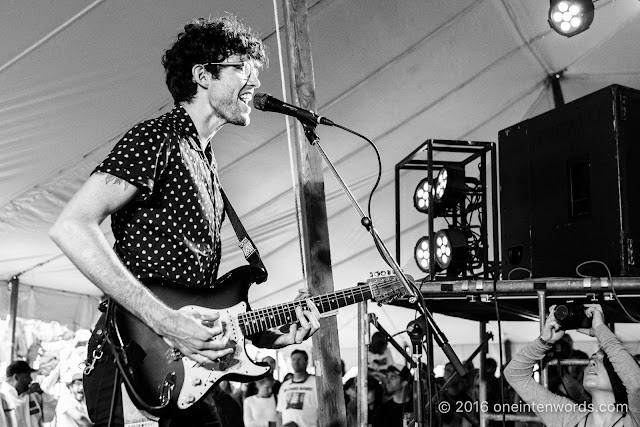 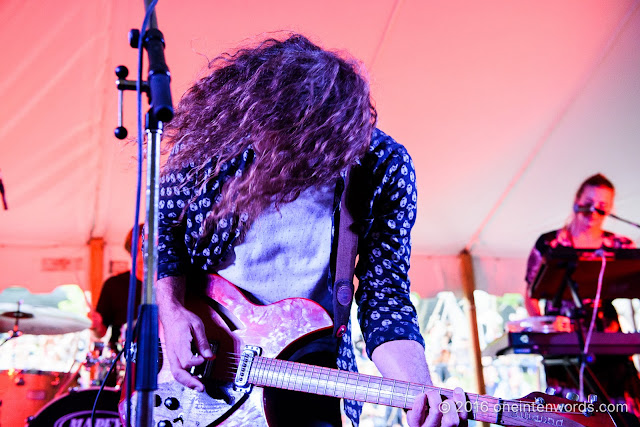 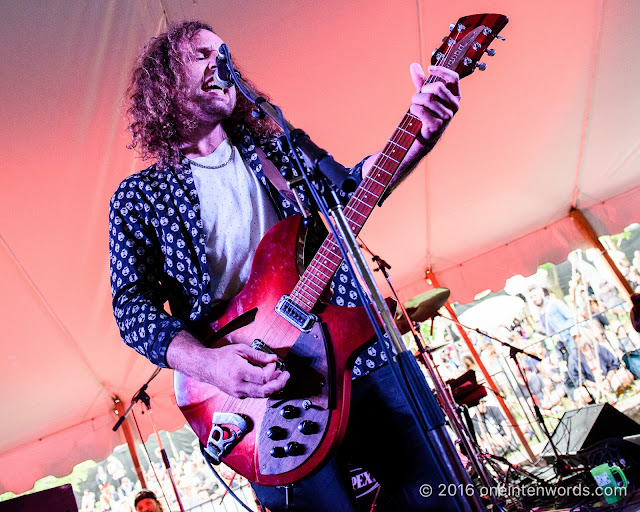 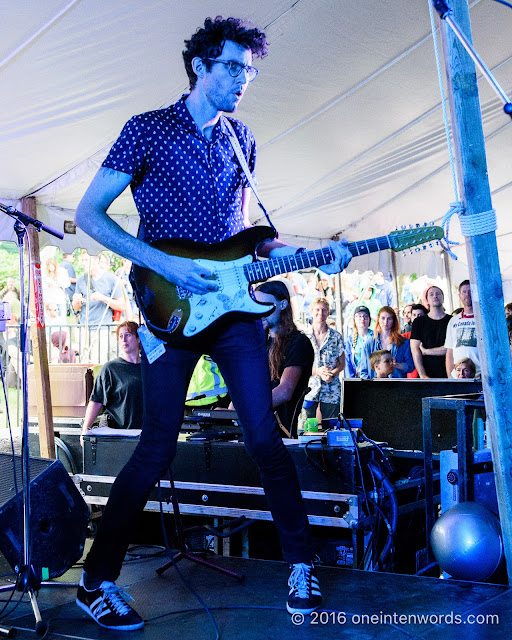 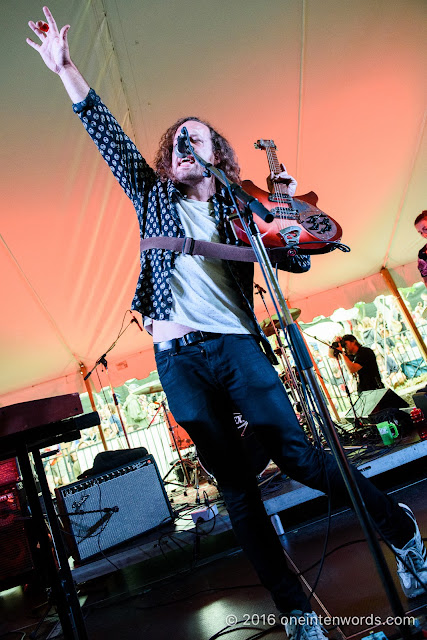 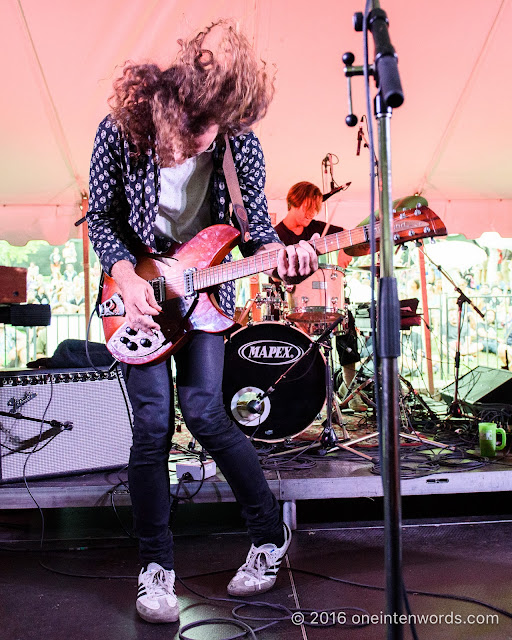 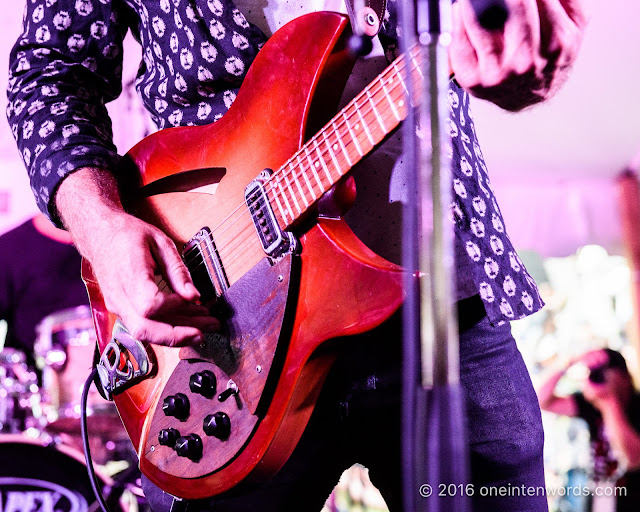 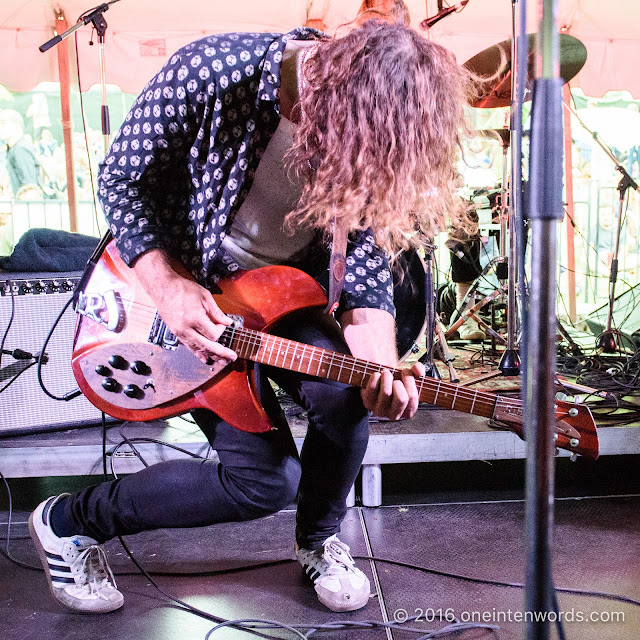 Vancouver British Columbia indie alternative power pop band Yukon Blonde has solidly placed itself amongst my favourite bands with their solid albums and outstanding live show. This show marked my third time seeing the band live and the second time I got to photograph them. I shot them at Lee's Palace early this year. Those photos are here if you want to see them.

They had an afternoon slot in The Koop tent and this was the most packed I'd seen the tent, and the most fans I'd seen lined up in front of the stage to see a band so far at Riverfest Elora. The band played a very high-energy set including many of my favourite tracks like "Como", "Saturday Night", "Radio" and "I Wanna Be Your Man".

Take in some of this remarkable band's music and don't miss their live show. It's awesome!

"I Wanna Be Your Man"