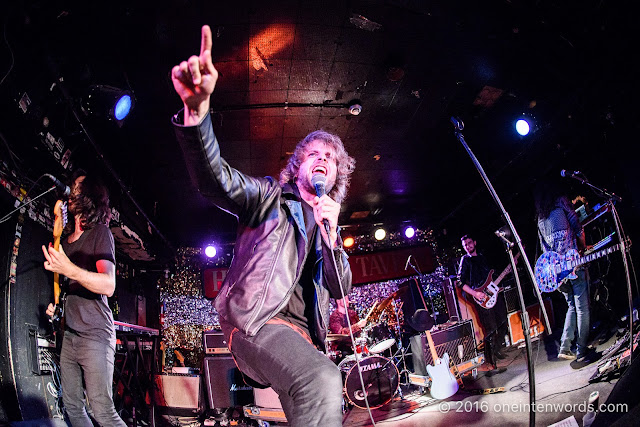 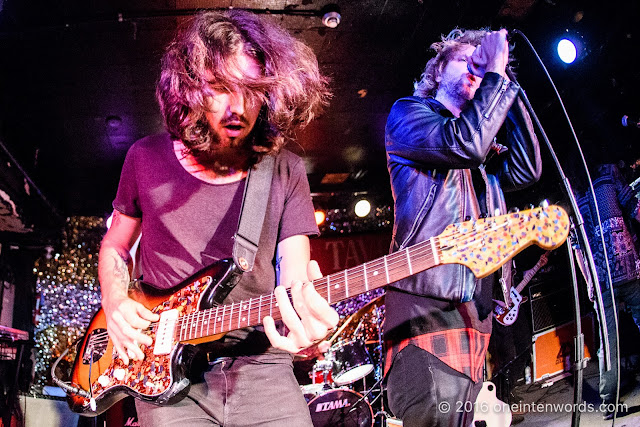 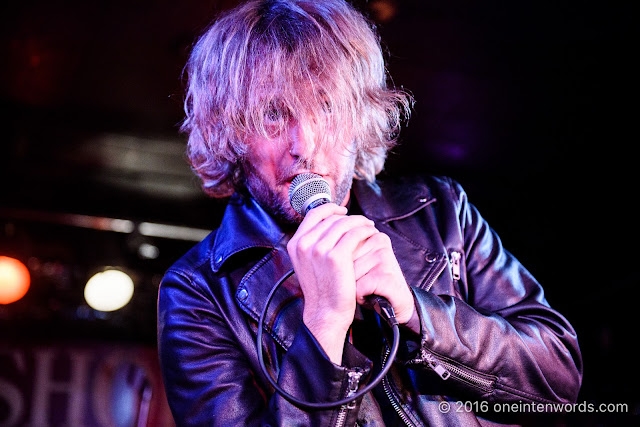 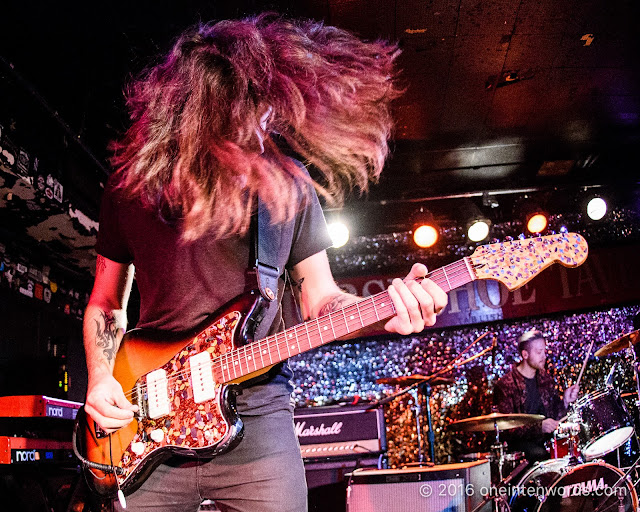 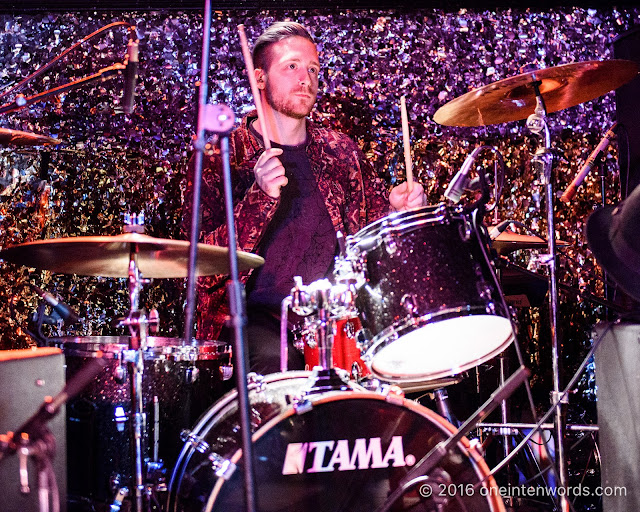 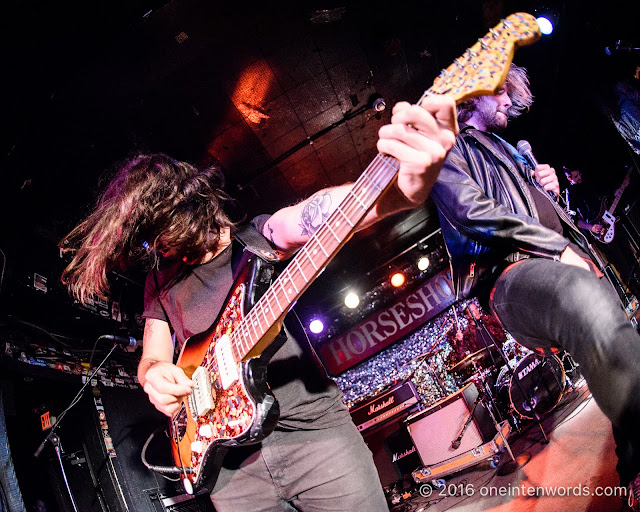 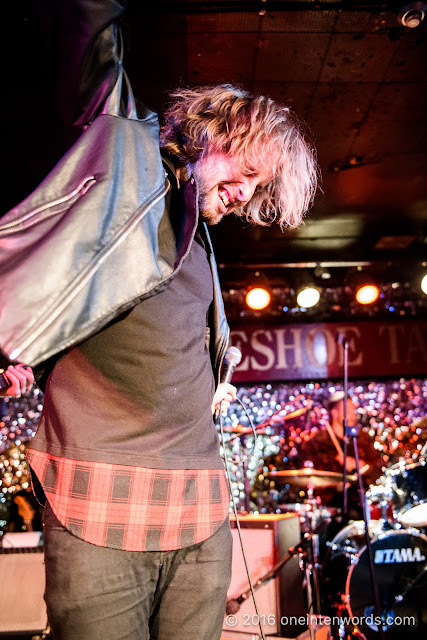 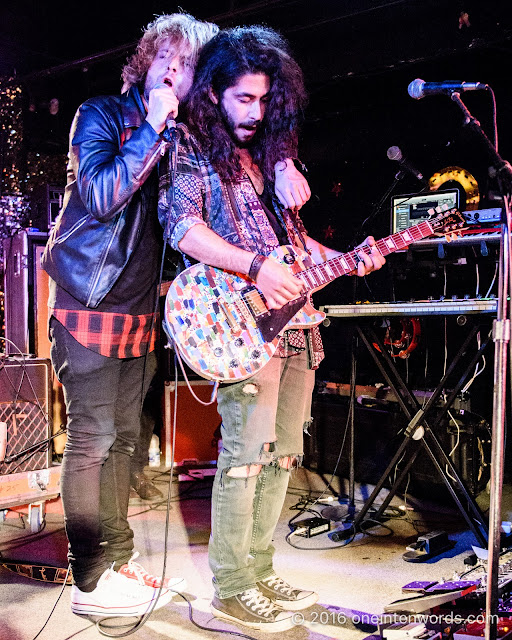 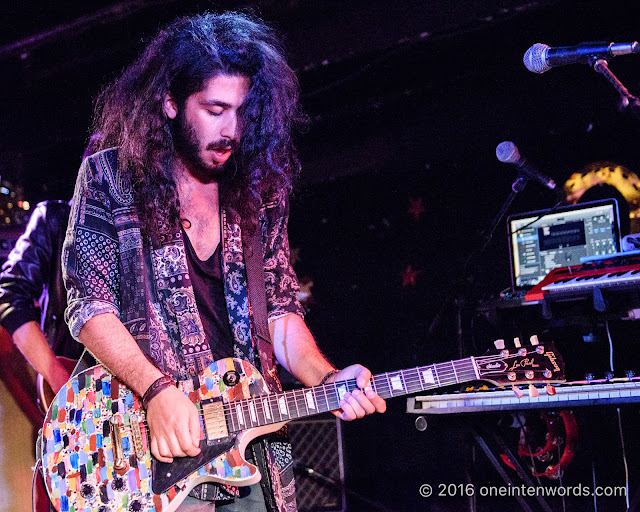 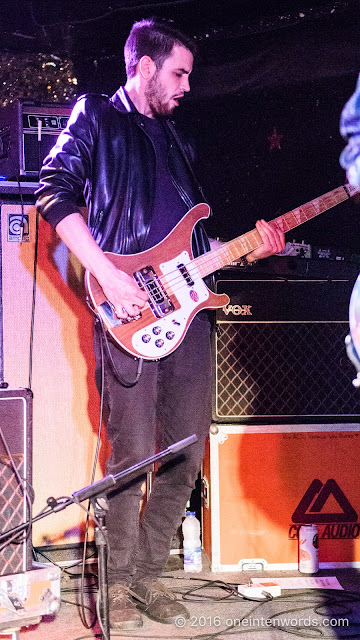 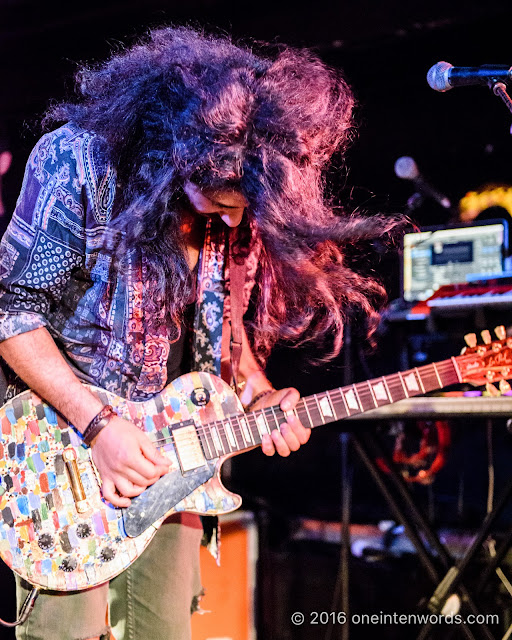 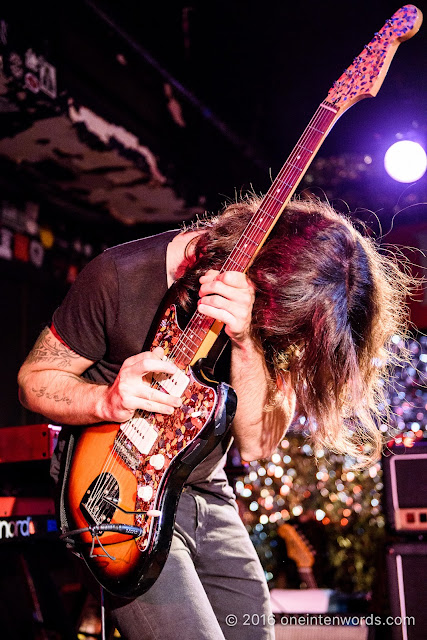 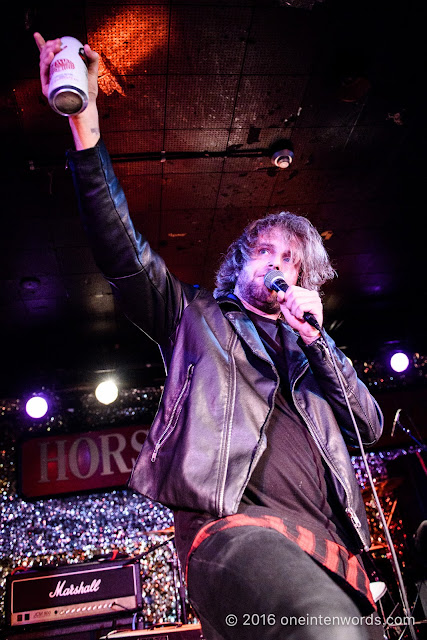 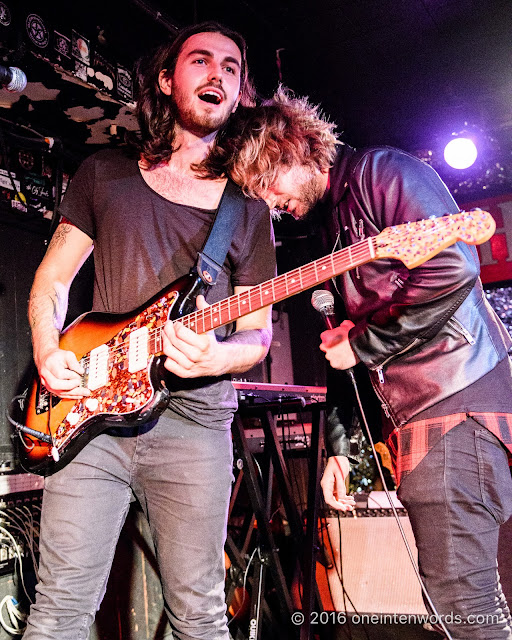 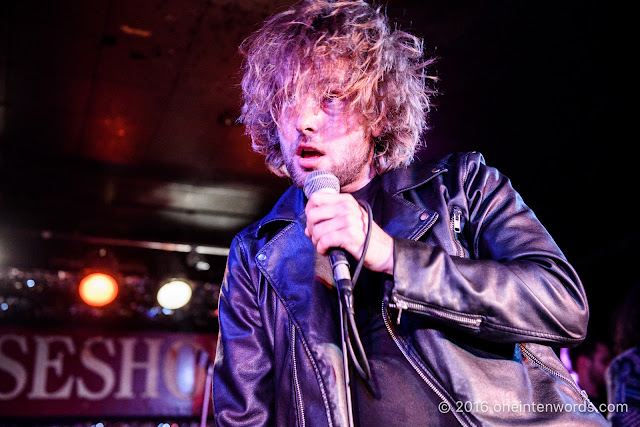 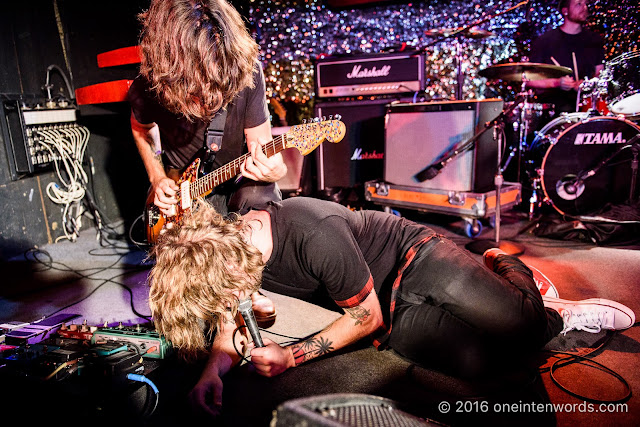 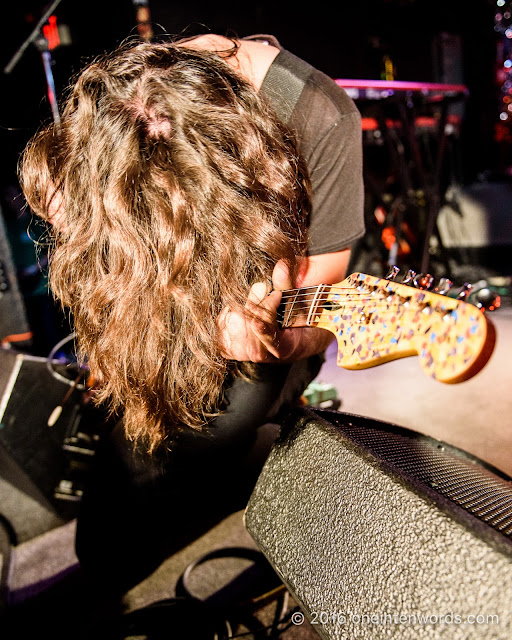 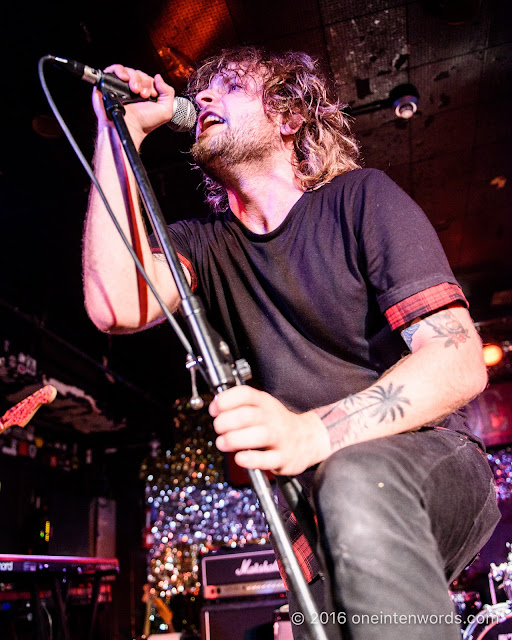 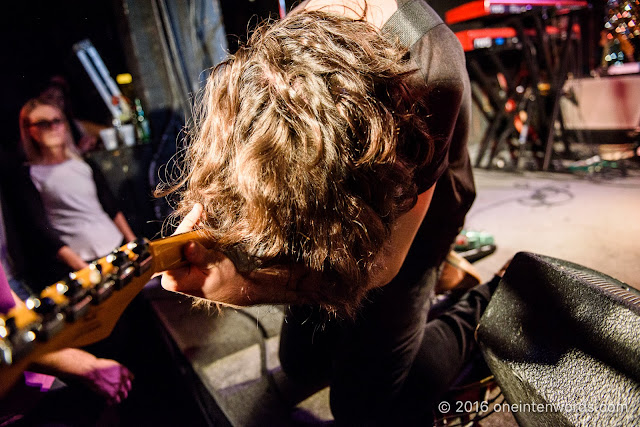 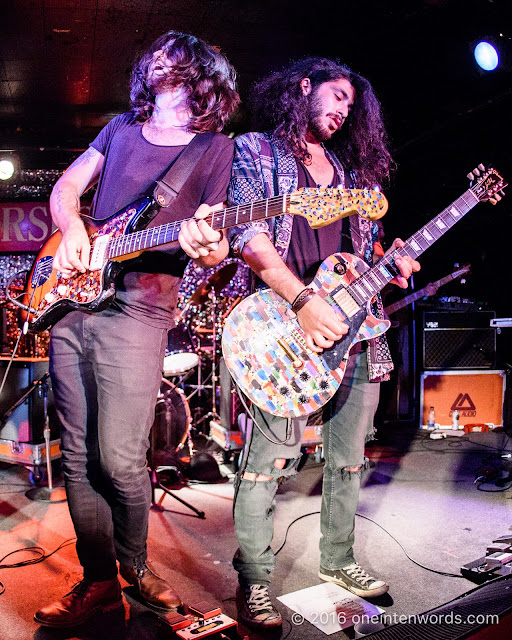 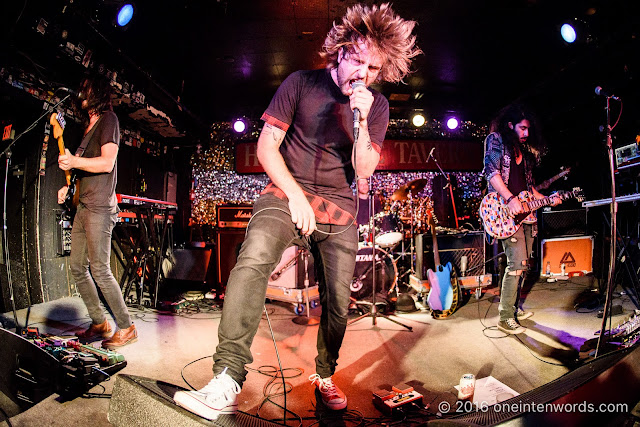 Toronto rockers Modern Space were first up at my second night TURF Club Bonus show at The Legendary Horseshoe Tavern on September 15.

I had seen the singer walking through the club before the show and thought, "that guy looks like he's in a band". He just had that presence. So I wasn't surprised that the whole band had great presence and put on a great show for the audience and for my camera.

Everything from their energetic, hard rocking and hook-filled original tunes, to their inspired covers of The Strokes and The Arctic Monkeys, to their custom-painted guitars and their tireless stage show were ingredients to a fun performance. Modern Space is a band that's here to entertain. Watch out for them on tour and go see them! My pics from their TURF festival show are here.

Take a listen to Modern Space: