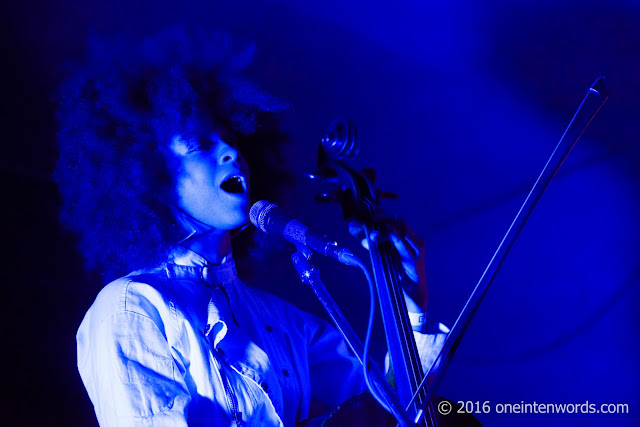 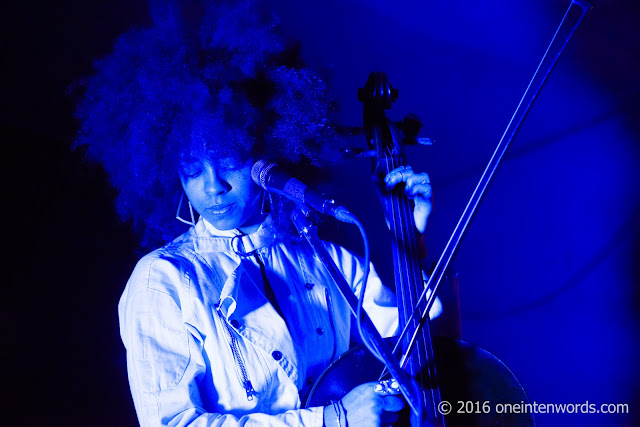 Kelsey Lu had a memorable first visit to Canada. She has been opening for Wet on their tour and made stops in Montreal, and then the show that I saw at The Garrison in Toronto. She apparently got arrested at the border and was held in a cell for a few hours. That can't be fun. I wonder what prompted that.

She also expected piles of snow, which the record-setting temperatures on the day of her show made sure we didn't have. Hopefully, we can deliver a nicer border experience and more snow the next time she visits.

Kelsey took to The Garrison stage solo with her cello, and later her guitar, to play some beautiful songs that highlighted her magnificent voice. Like many solo artists, she made good use of loops for instrumental and vocal layers. She was only able to get the chatty Toronto crowd to quiet down for one song, "Visions of Old". 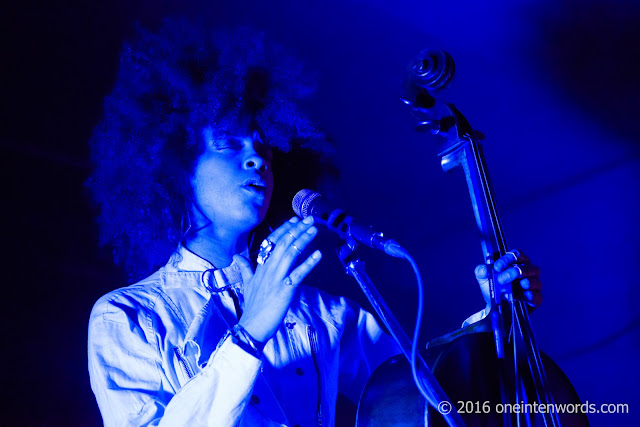 Take a listen to some of Kelsey Lu's music: