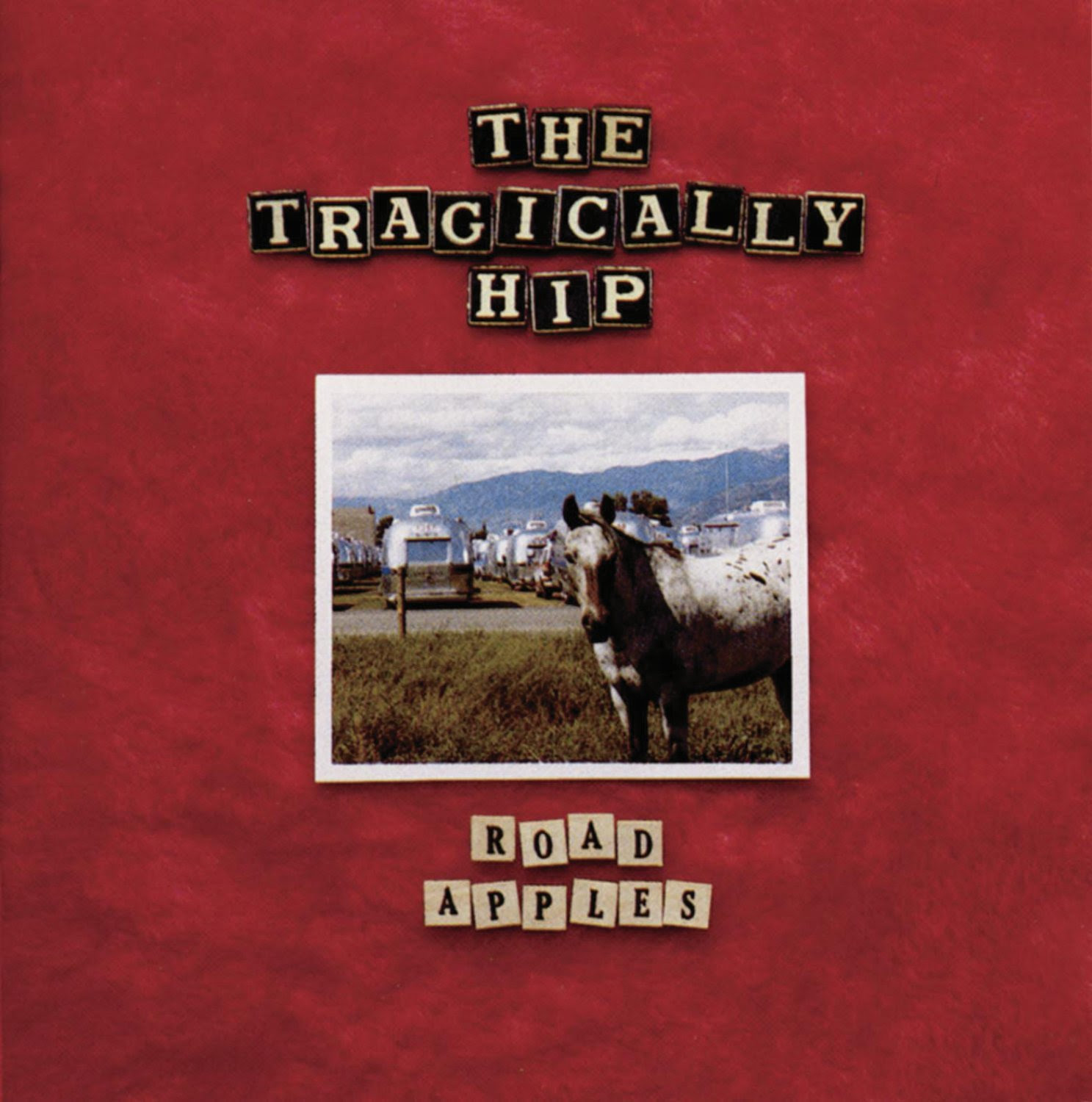 From the late 1980's through to the late 1990's, The Tragically Hip were undisputed Canadian rock royalty. Named after a bit in Michael Nesmith's Elephant Parts, they sold out stadiums from coast-to-coast with their art-school take on classic rock, with their off-kilter poet/frontman Gord Downie, their slide guitar on one side of the stage and solid chunking rhythm guitar on the other, and an unstoppable back-beat rhythm section behind.

Road Apples, the band's second full-length, came out 25 years ago today. I was on the air at the university radio station when they brought the album in. It immediately came out of the shrinkwrap and onto the airwaves. It followed up 1989's Up to Here which had some gigantic hit singles like "Blow at High Dough", "New Orleans Is Sinking" and "Another Midnight". This album had some big cowboy boots to fill and it did so remarkably well. I'm going to let the music speak for itself.


"I don't know what came over me, I'm too dumb for words
I didn't think I'd like it here at all, but I swear, I'm on the verge"

And bonus points if you actually know what "road apples" refers to.

Here are my favourite tunes from The Tragically Hip's Road Apples:

"Born in the Water"

"On The Verge" I think it was during this song at one of those Canada Day festivals up at Molson Park in Barrie when they played this song and the crowd started getting more and more wound up and I was sure there was going to be a riot. Fun!