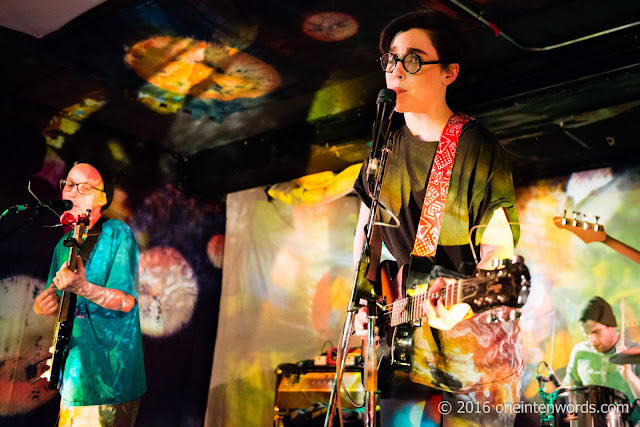 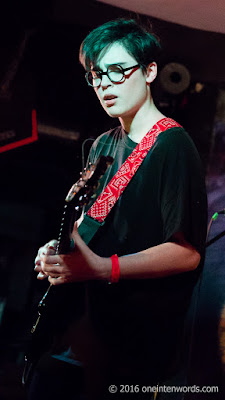 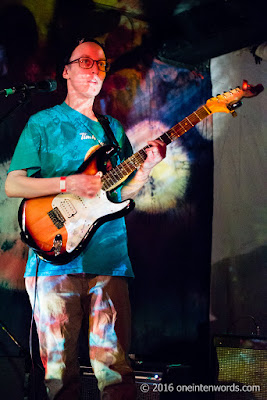 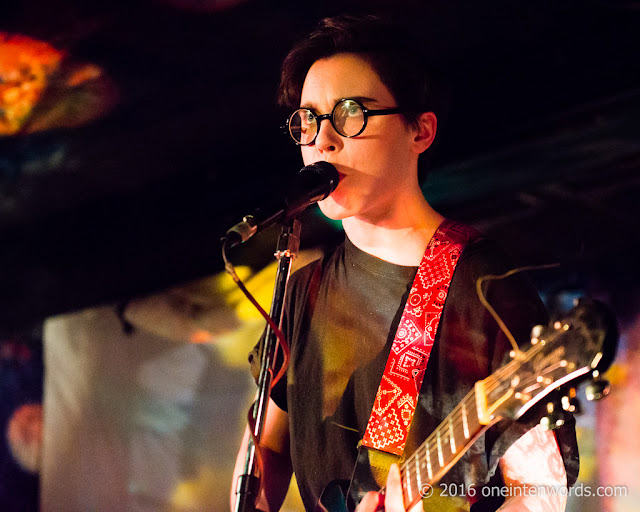 The thermometer in my car read -18 Celsius when I arrived at The Garrison for night two of Wavelength Festival. The "feels like" temperature was -28 Celsius which is just inhumanly cold for Toronto. I was pretty happy to get a parking spot right outside the doors of The Garrison.

Partner were up pretty early on the Wavelength bill - they were the second band to hit The Garrison stage. Partner was one of the bands that I was most looking forward to seeing at Wavelength. They're billed as a "queer neo-grunge duo" from Sackville, New Brunswick, but showed up as a full band. They have been building on the buzz created by their name-check song "The Ellen Page" and its accompanying video featuring Ms. Page dancing around. 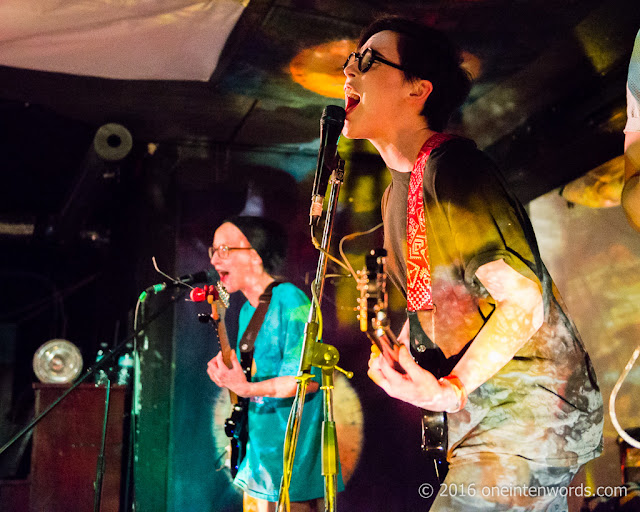 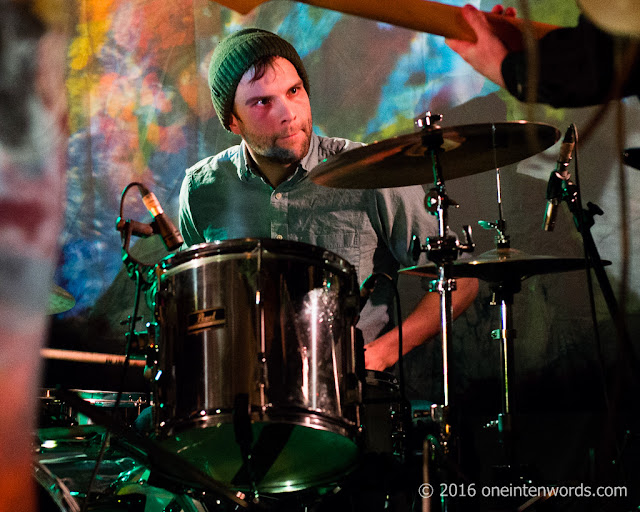 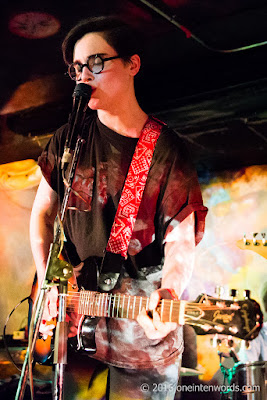 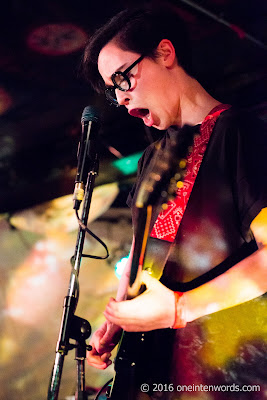 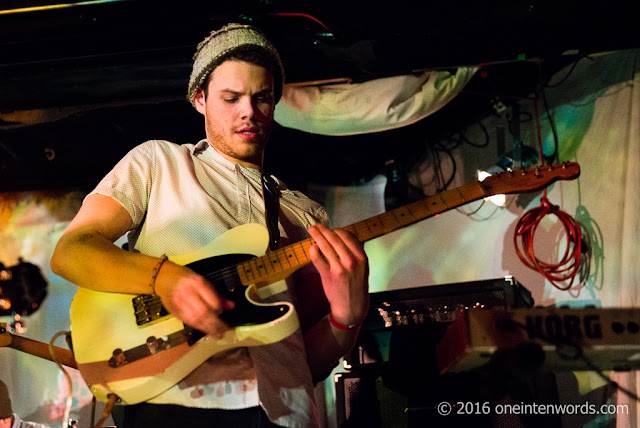 I liked what I heard on-line and was looking forward to seeing the band's live show. They certainly delivered. They were tight, rocked hard and had a ton of fun. They even inspired a Tweet of "Partner are amazing! What a powerful set of cool tunes!" from little old me, who usually holds judgement and resists "live Tweeting" in the moment. Someone described Partner as your new favourite band and they were right.

Singer Josee Caron was super-personable, serving up stories about their tunes which range from songs about finding your room-mate's sex toy while searching for a roach, to the women of your dreams, to existential epiphany while eating chips and how sometimes everyone knows you're high, to a brand new song about sports (yeah, right) called "Play the Field", and finally "Ambassador to Ecstasy", which, apparently is not about drugs. All of this was delivered as tight, grunge-influenced pop songs with fun lyrics, a wall of 3 guitars and ripping guitar solos, too. 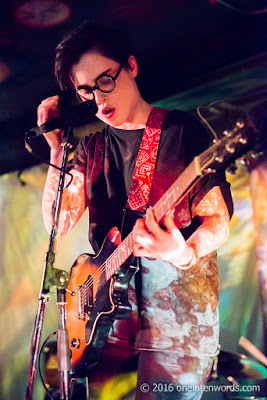 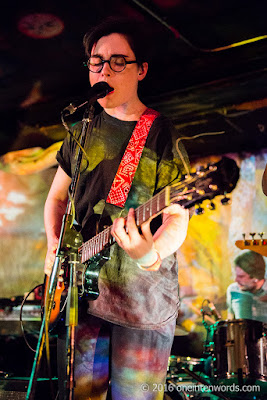 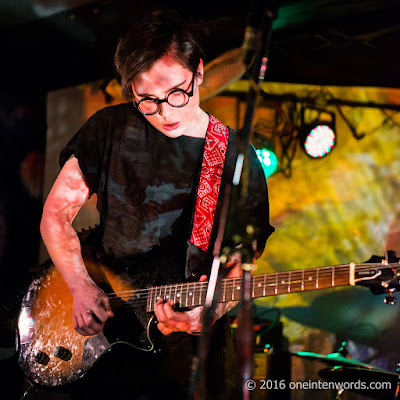 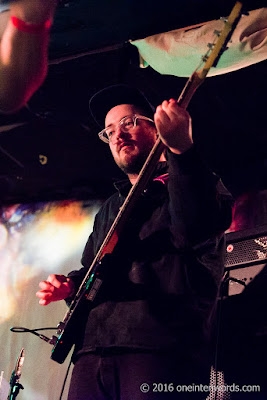 Check out Partner's music and add them to your list of "bands I've gotta see". 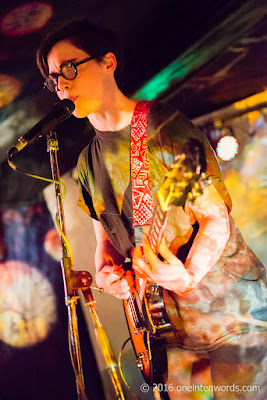 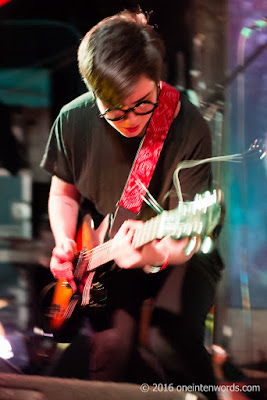