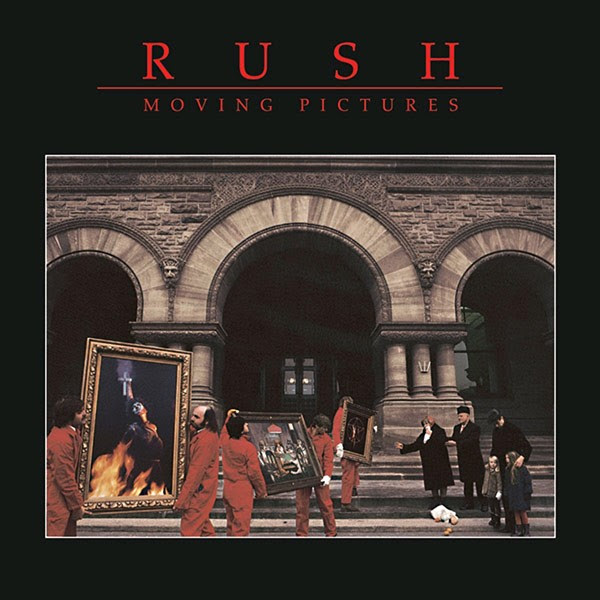 Rush's monumental album Moving Pictures was released thirty-five years ago today. It's an album that's about as close to perfection as I think any album can get. The music, the lyrics, the musicianship and the production are all second-to-none. It seems more grounded in reality than most Rush albums, or at least as grounded in reality as Rush can get.

This album has seven songs. On the surface, that's what Moving Pictures offers. Look deeper and give it repeated listens and you begin to understand that this album has more than most bands' careers worth of amazing songwriting and musicanship.

The lyrics are visual and visceral. Lyrics like "The Camera Eye", "Soft spring rain like an English rain so light yet endless from a leaden sky" are so evocative. That one always pops into my head when I'm walking in the rain. Instrumental "YYZ", the song inspired by the Morse Code for Toronto's Pearson International Airport (yes, the basic hook of the song follows -.-- -.-- --..), grips the listener like few instrumentals can. "Limelight" is an amazing tune about stardom that could almost be considered a hit. The album's opening track "Tom Sawyer" is a classic rock standard and one of the ultimate air drum songs for those who can do it justice. You could say that it's also a hit. "Red Barchetta" is one of my favourites. From the harmonics of the guitar hook to the futuristic storyline to the perfectly matched pace of the song, it's brilliant. The composition and flow of "The Camera Eye" is remarkable for keeping the listener's attention for it's over 10 minute span, in addition to the lyrics mentioned above. The closing tunes of "Witch Hunt" and "Vital Signs" show that there's not a weak moment to be had on this album.

One of my biggest concert regrets is not going to see them play this album in its entirety live.

The combination of such monstrously talented and creative musicians with the ability to create music that millions love is rare indeed. Rush does this consistently, but perhaps not more than they did on their 1981 album Moving Pictures.

Take a listen to some tunes below, including the album in its entirety if you don't want to mess with the flow.

"Tom Sawyer", filmed at Le Studio in Morin Heights, Quebec where the album was recorded.

And the full album