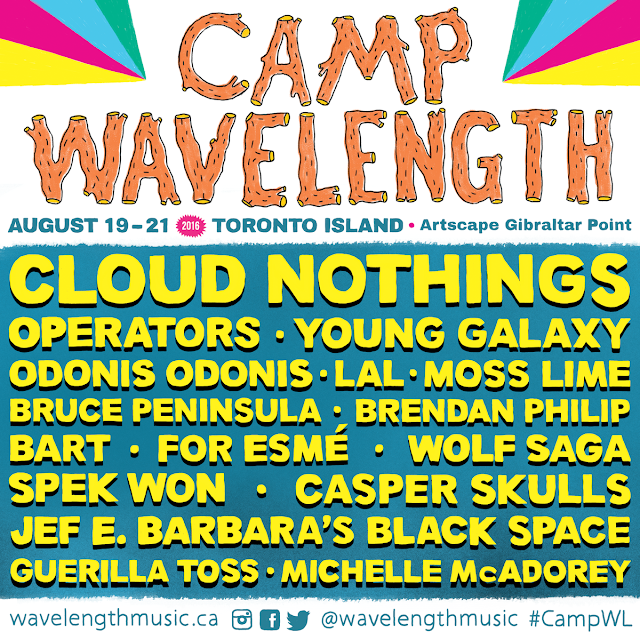 Camp Wavelength has just announced the first round of acts for this year's festival. It will be taking place on Toronto Island from August 19-21. The Wavelength team is continuing to embrace their DIY spirit and focus on local, sustainable, and community-run culture. I attended their Wavelength Festival in February and it was a very cool event with a ton of great artists.

Very limited Camping, Festival & VIP Room Passes are now available online only at TicketFly.com. For the first time ever, festival-goers also have the opportunity to purchase a VIP Room Pass to stay in a private room on the festival site, inside the comfort of the Artscape Gibraltar Point artist retreat centre.


And here's a sampling of tunes from a few of the musical artists at this summer's Camp Wavelength: