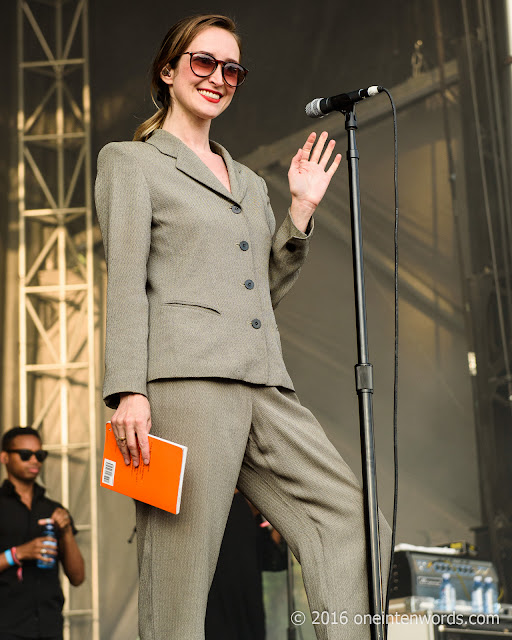 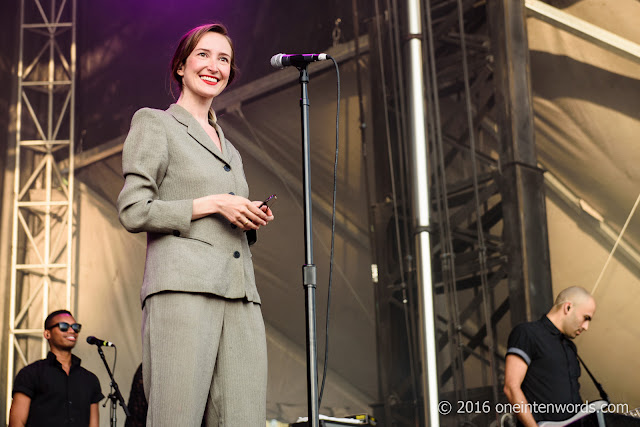 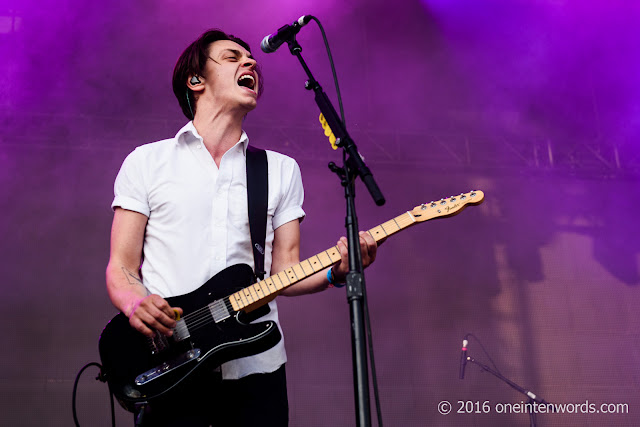 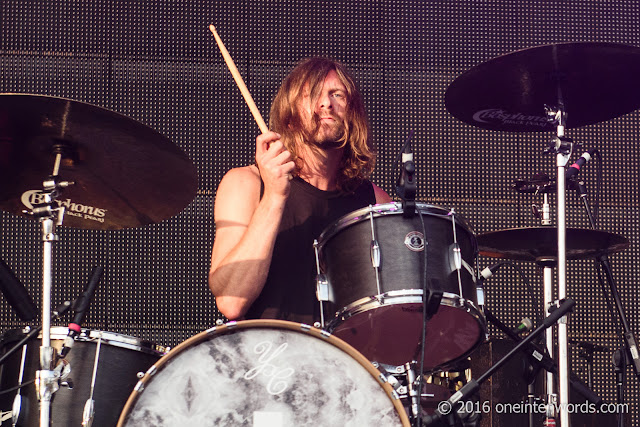 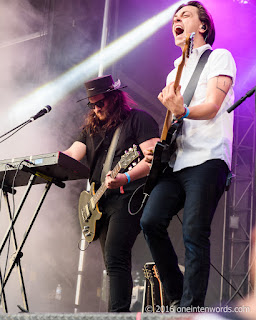 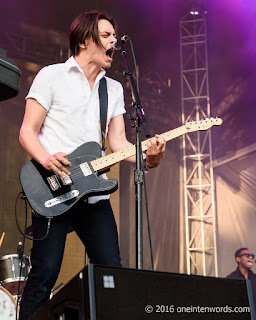 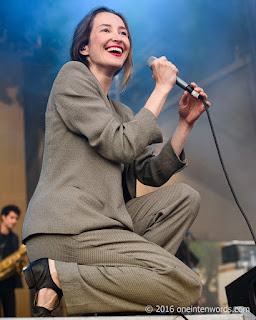 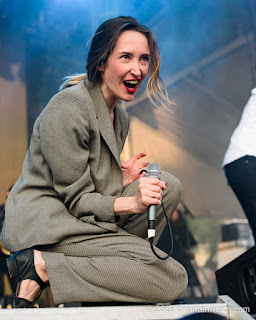 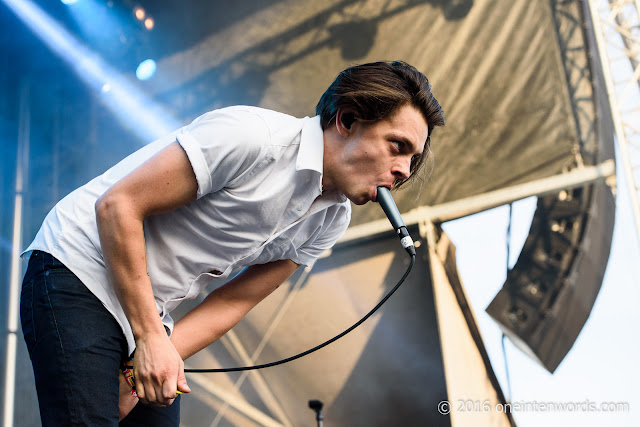 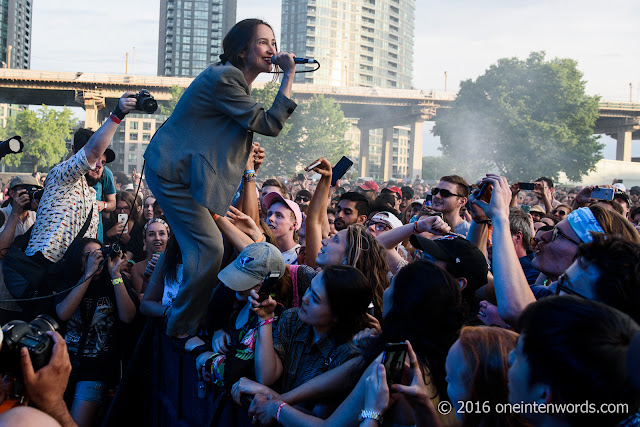 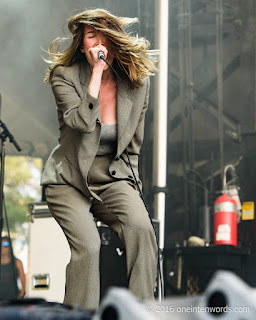 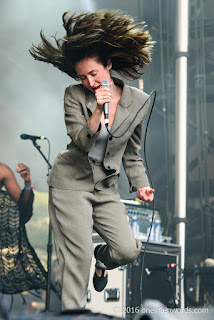 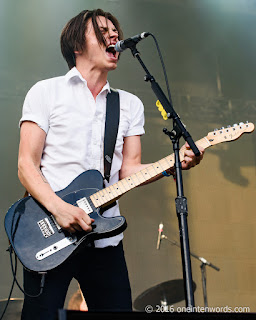 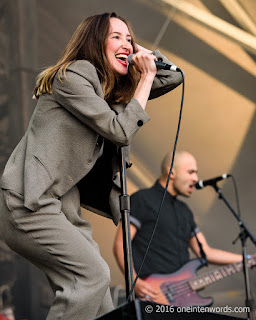 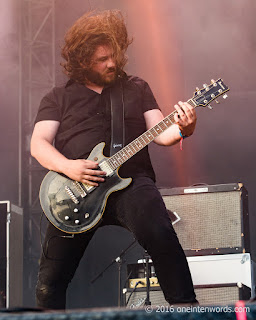 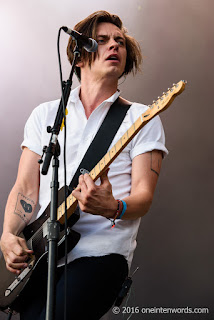 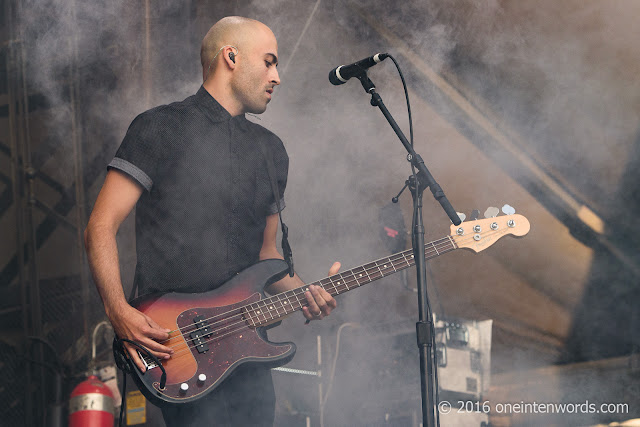 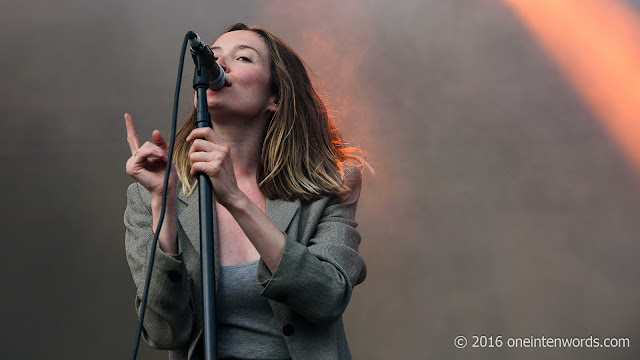 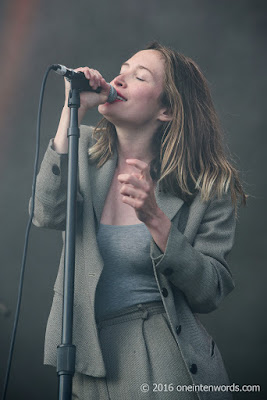 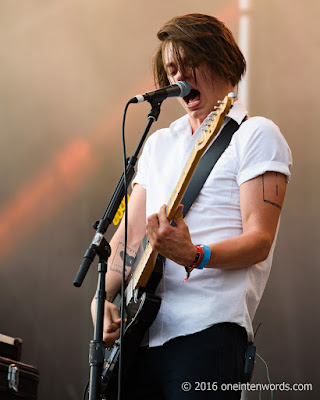 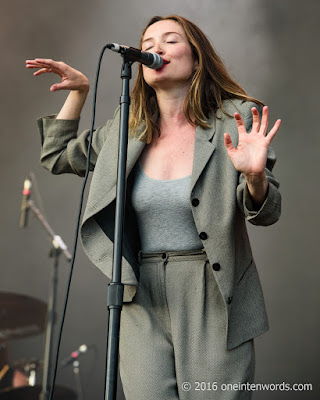 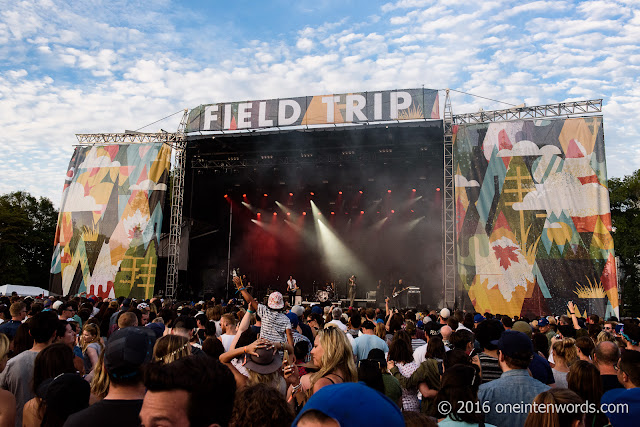 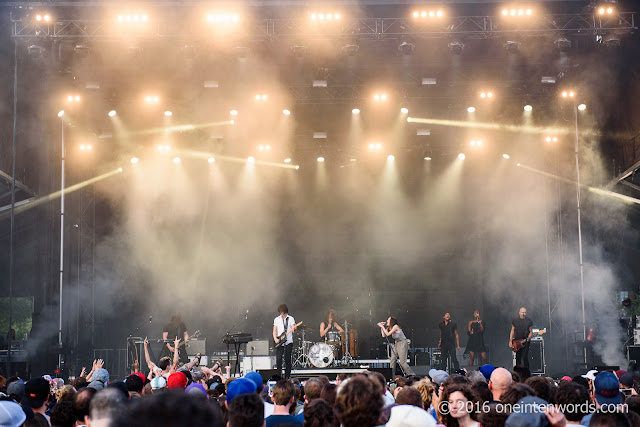 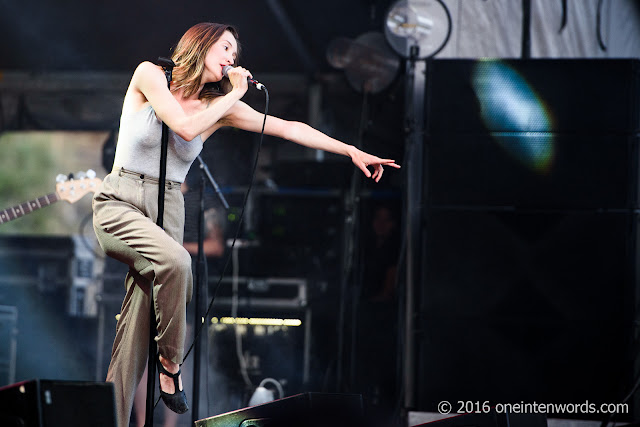 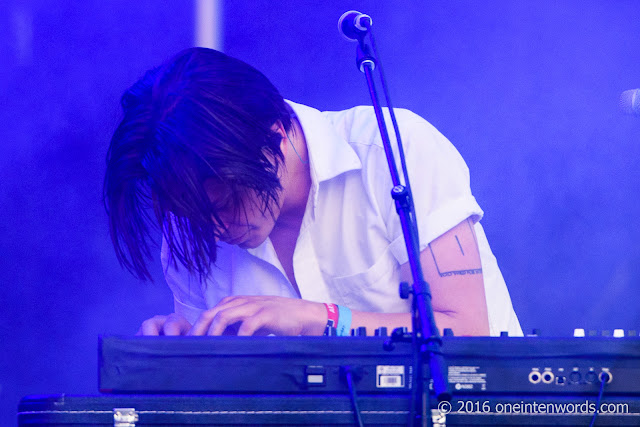 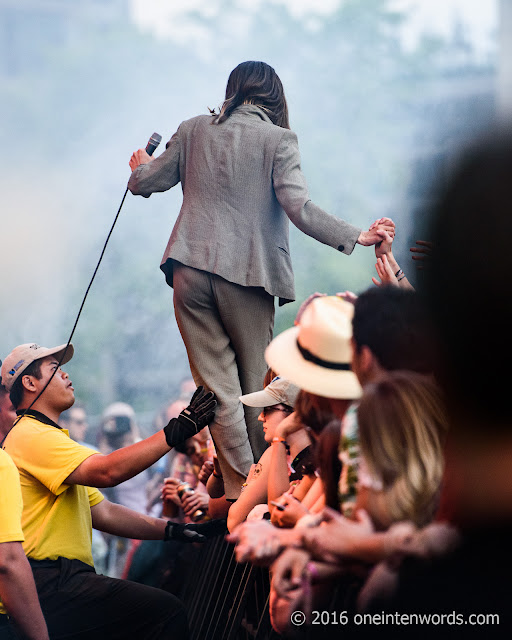 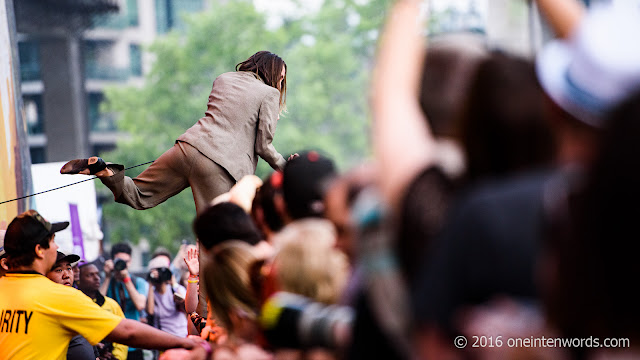 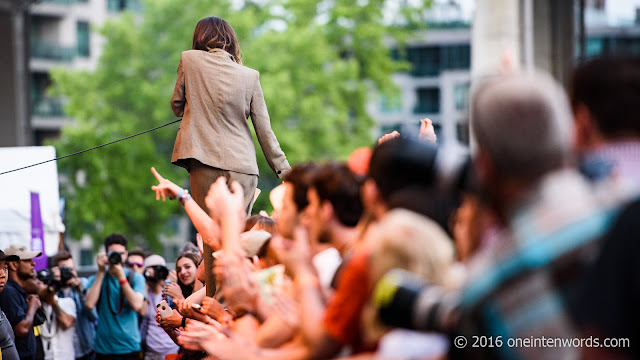 Toronto-based bluesy garage rock band July Talk are a musical phenomenon and one of the absolute best live bands playing today, with one of the most rabid and enthusiastic fan bases around. They brought their show to Saturday's Field Trip line-up and demonstrated once again how magnetic and magical their performances can be.

They opened with the new tune "Push + Pull" and the set included "Blood and Honey", "Summer Dress", "Guns & Ammunition", "Black Lace", "Paper Girl" and "The Garden", among others.

This set was a little different in that they included a bunch of new songs, including some that had Peter Dreimanis taking on the keyboard instead of the guitar. Leah Fay ventured down to the crowd on two occasions, Peter and Leah had much of their patented on-stage interaction, and Peter went crowd surfing.

All in all, it was a great performance. I'm sure once their new album comes out and the tunes all become as familiar as those from their début, we'll all be singing along to every single word they sing. Personally, I can't wait.